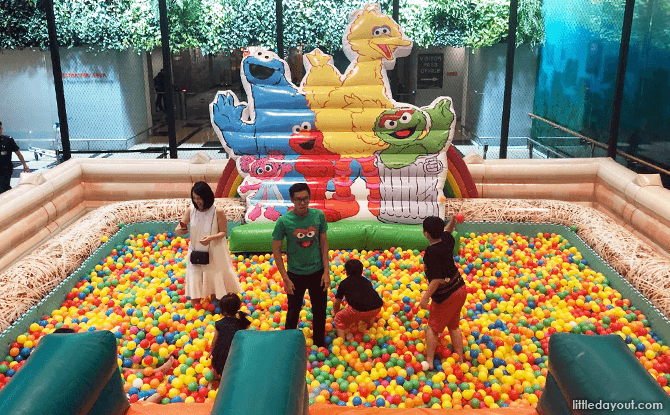 With a variety of interactive activities and lots of exclusive merchandise, the Sesame Street-themed activities will get you singing, “Sunny day, sweepin’ the clouds away” in an instant. 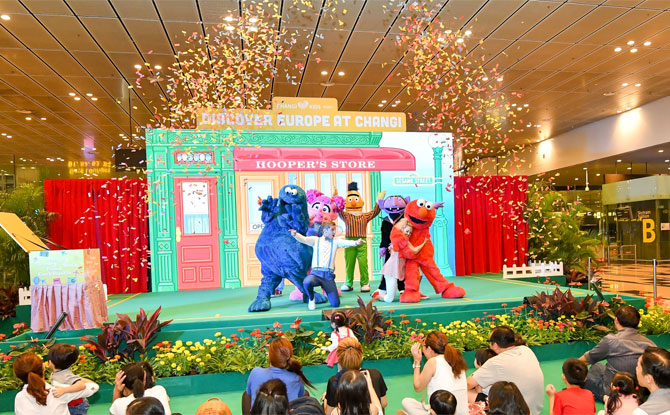 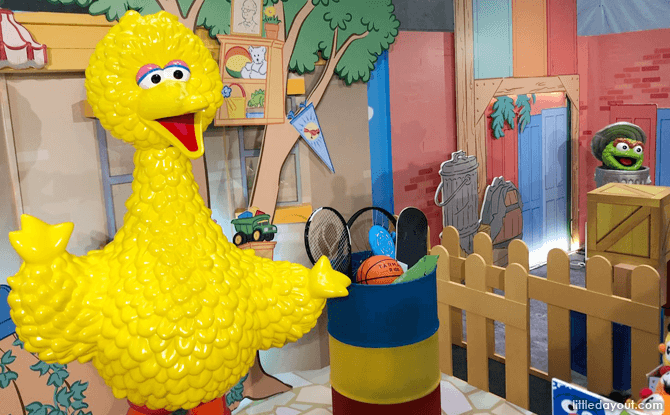 Play some games and hang out with your favourite characters on Sesame Street at Changi Airport! 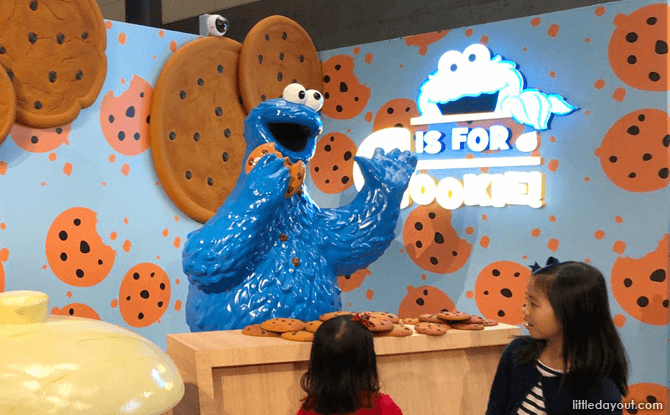 Chill with Big Bird in his giant nest, sit with Elmo on the famous steps of 123 Sesame Street, count some cookies with Cookie Monster and hang out with Abby Caddaby at her beautiful garden. 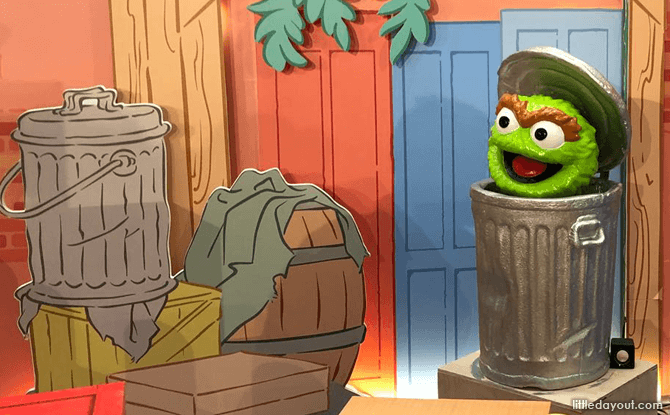 If you are in for a challenge, try to cheer up Oscar the Grouch!

It’s a chance for parents and children alike to fulfil their dream of walking down the world’s most beloved street! 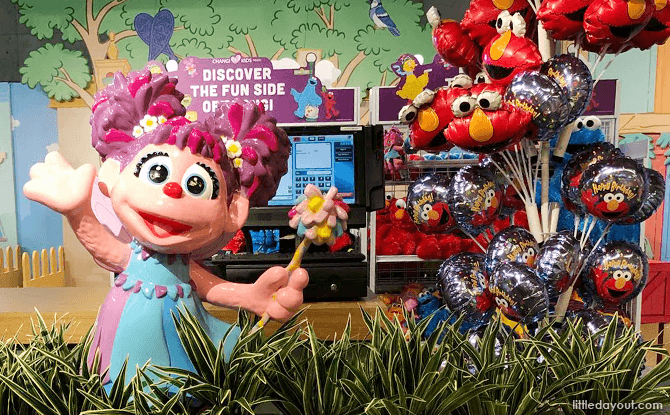 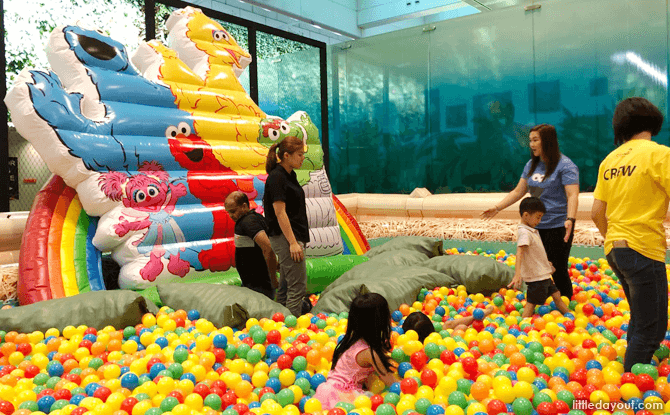 You’ll definitely wish you were a kid again as you witness the fun Sesame Street inflatable playground at Changi Airport Terminal 3! (Sorry, grown-ups!) 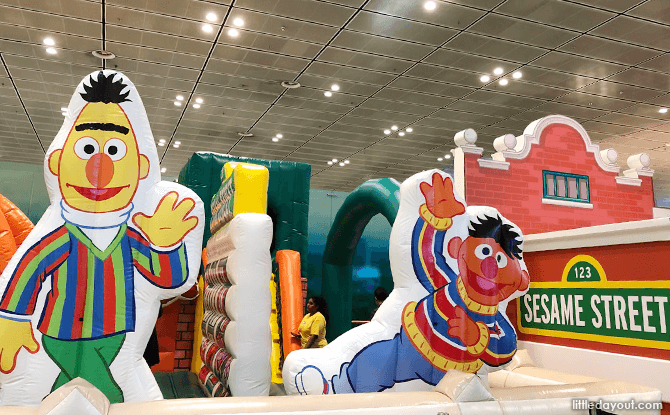 With a rock climbing wall, tunnel tubes and a slide down into a wide colourful ball pit, don’t be surprised if the kids ask to go back again!

The Sesame Street inflatable playground is 30-metres long! It will remain at the Terminal 3 Departure Hall from 9 March to 8 April and be moved over to Terminal 4 for the period of 25 May to 1 July. 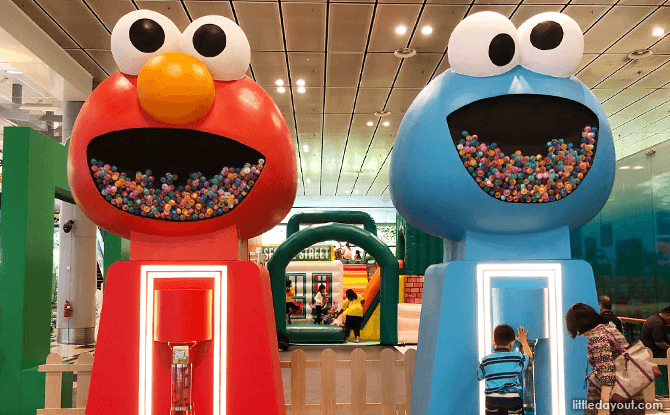 Try your luck at Giant Gachapon Machines. Redeem tokens and give the monster machines a twist to receive Sesame Street-themed capsules filled with coupons to redeem special prizes from the shops and restaurants in Changi Airport. 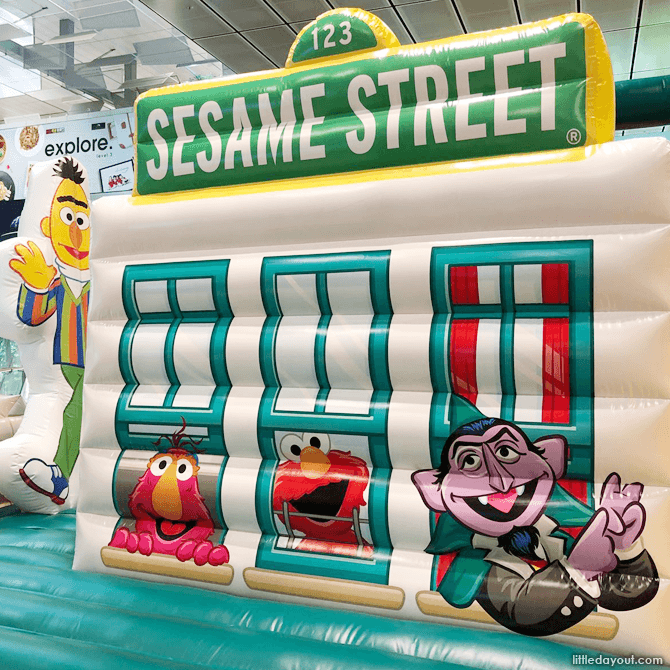 Redeem one activity pass with a minimum spend of $60 (or $80 at supermarkets) in the public areas. Pay with Mastercard to redeem one additional activity pass. 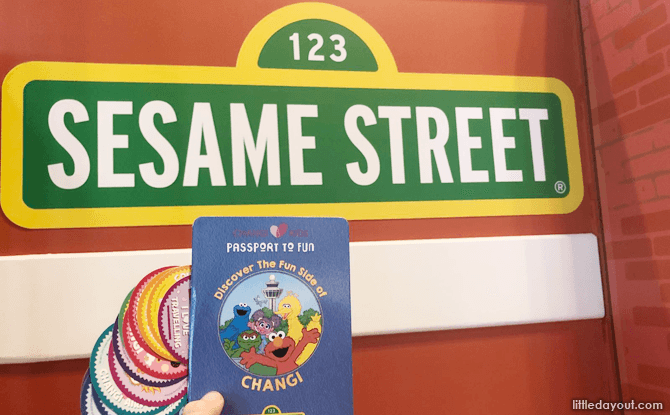 As a keepsake of the time spent on Sesame Street, kids can redeem a “Passport to Fun” and collect stamps for completing different adventures. Help Cookie Monster find his way around the airport and receive a “fast pass” to the June instalment of Sesame Street activities. Those who complete the entire Changi Loves Kids Sesame Street Journey from March to October will receive a special gift!

Redeem two Passports with a minimum spend of $60 (or $80 at supermarkets) in the public areas. Pay with Mastercard to redeem three passports. 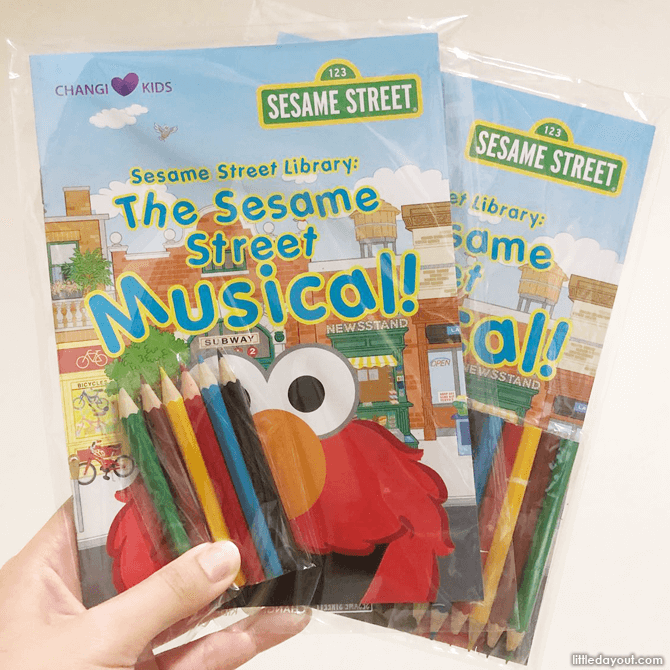 From 9 March onwards, children dining at participating restaurants in Changi Airport will also receive thematic colouring and sticker books with a series of Sesame Street characters and other cute themes.

You can also collect exclusive Sesame Street stickers from the participating restaurants or information and customer service counters in the public areas of Terminals 1, 2, 3 and 4.

Between March to May 2018, there will be a total of eight sticker designs to be collected!

Can’t get enough of Sesame Street? Then get the limited edition Sesame Street Mahrker Notebooks. These exclusive notebooks are available from 5 March to 1 May and feature iconic Sesame Street characters such as Elmo, Cookie Monster, Big Bird, Oscar and Abby Cadabby.

Purchase one notebook at $6.90 each with a minimum spend of $60 (or $80 at supermarkets) in the public areas. Changi Rewards cardholders can redeem a complete set of five notebooks with a nett spend of $688. 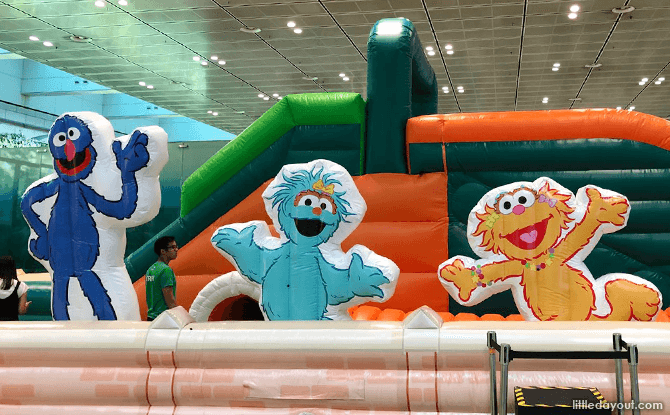 So get your family, cameras and yourself ready for Sesame Street at Changi Airport. See you there!