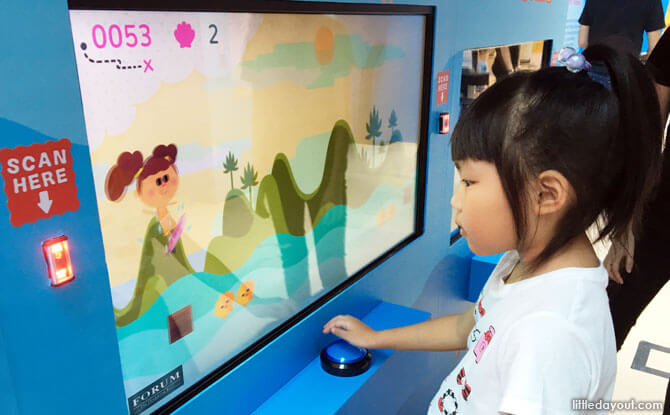 “Roll Over the Ocean, Roll Over the Sea” with mascots Jerry and Jenny at Forum The Shopping Mall from 8 to 21 June 2018. Explore an aquatic-themed digital play arena where kids can have loads of fun while learning some amazing facts about sea creatures and even get to win prizes!

Embark on an Underwater Adventure

Forum The Shopping Mall’s Roll Over the Ocean, Roll Over the Sea unfolds an “underwater adventure” across four different digital activity stations at the mall’s Basement 1. 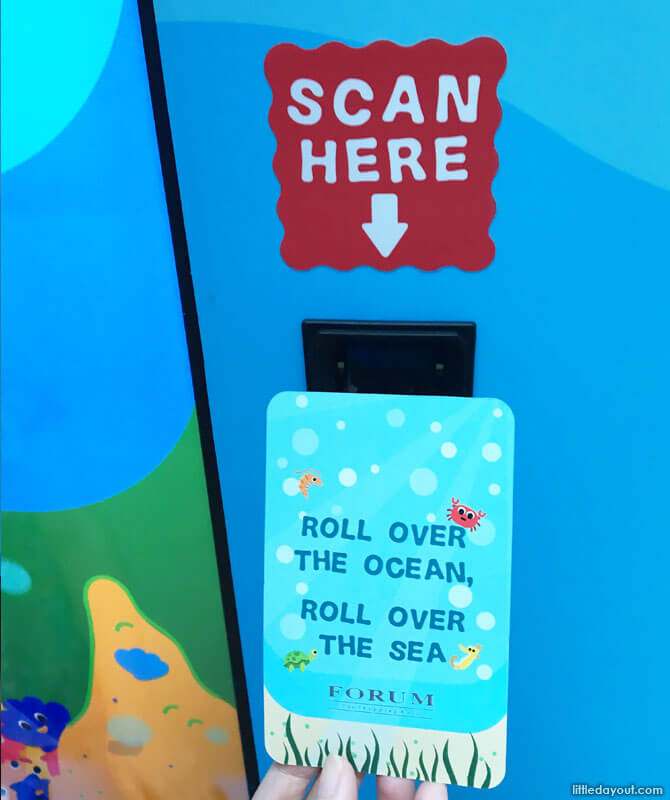 After redeeming a Play Passport printed with a QR code (valid for one-time use per game station within a day), we only needed to scan the Play Passport at each station to get started! 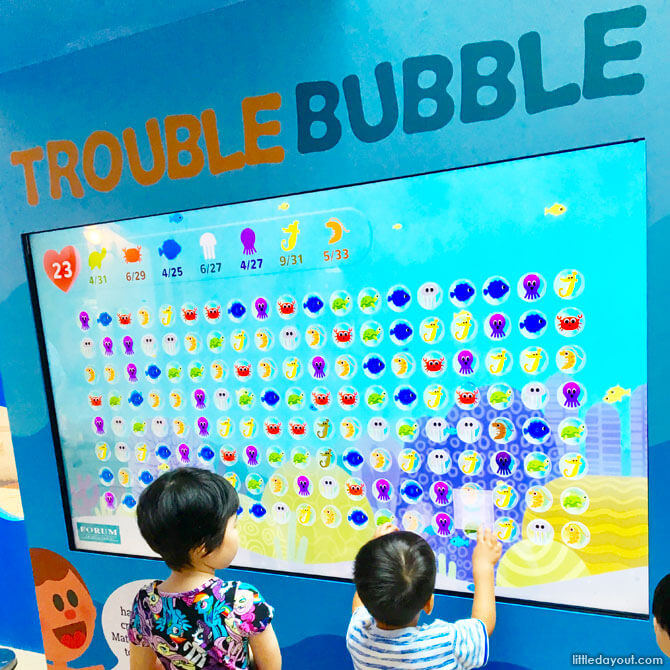 The first station was a huge touchscreen where the reef creatures had been trapped in bubbles! The goal was to match at least three similar creatures in a row to help them escape. 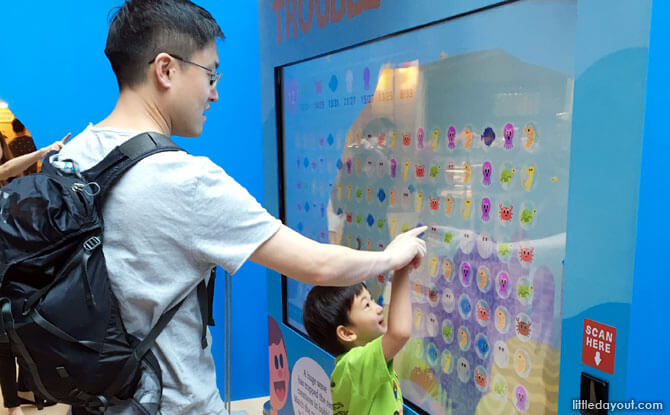 It was fun to see children, parents and even grandparents playing at the same time to accumulate as many points as they could as a family! 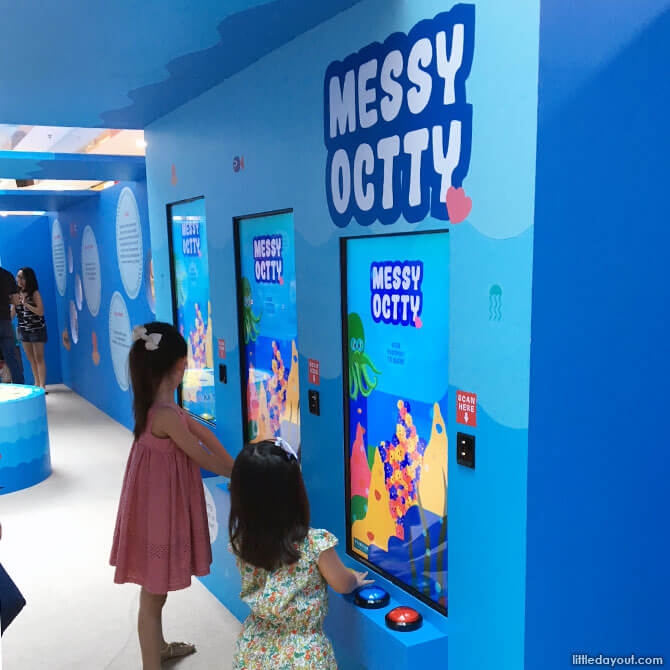 The second task for the kids was to help Octty the Octopus sort out coloured shells by tapping on the matching coloured buttons as each shell appeared in sequence on the screen within a time limit. The quicker the button was tapped, the more points were chalked up. The fastest hand wins in this case! 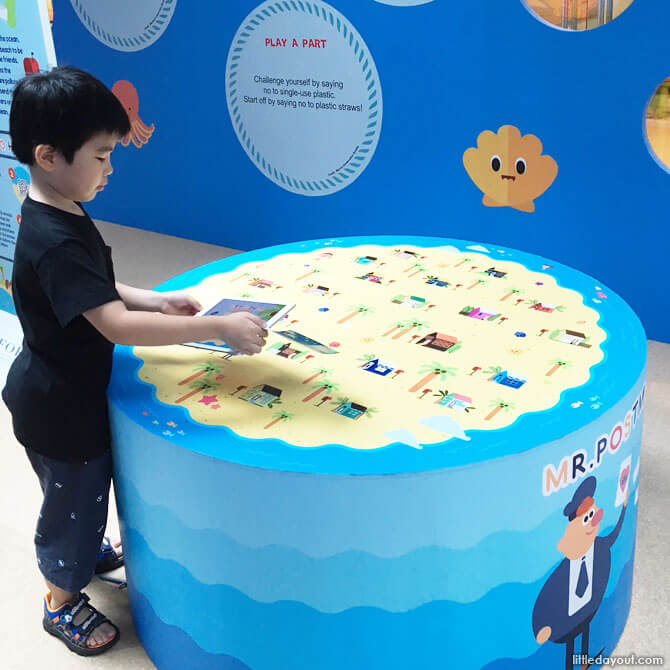 The aim of this station was to help Mr Postman deliver letters to different houses located on map printed on the surface of a cylindrical structure. This is done by raising an iPad above each house image to ensure a message about keeping the ocean clean gets delivered safely to the islanders within a time limit! 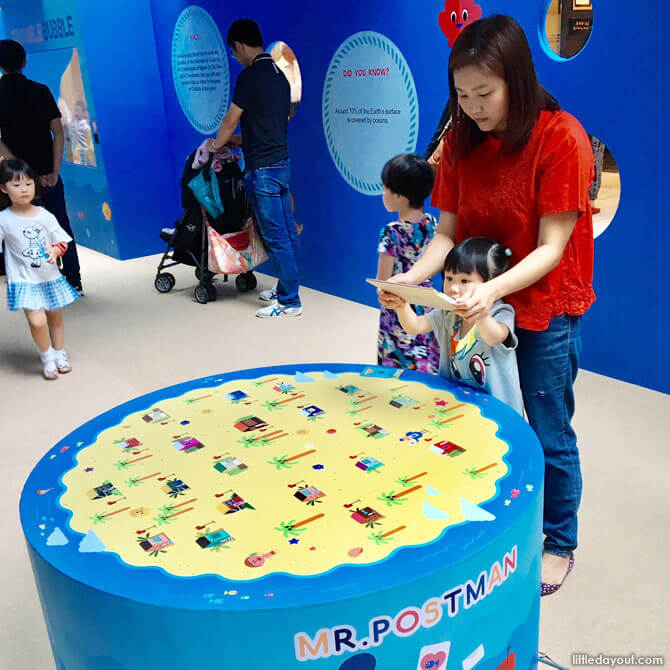 This activity station was more challenging for younger children but their parents certainly had fun helping to hold the iPad and tapping vigorously! 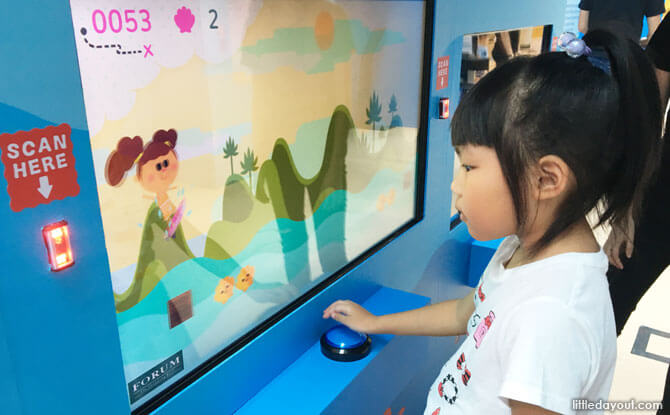 Children had to tap the game button to help Jenny surf the waves to retrieve baby clams on the screen while jumping over obstacles!  This tested their reflexes as they had to be sharp and on the look out for sudden wooden blocks that threaten to trip the brave surfer! 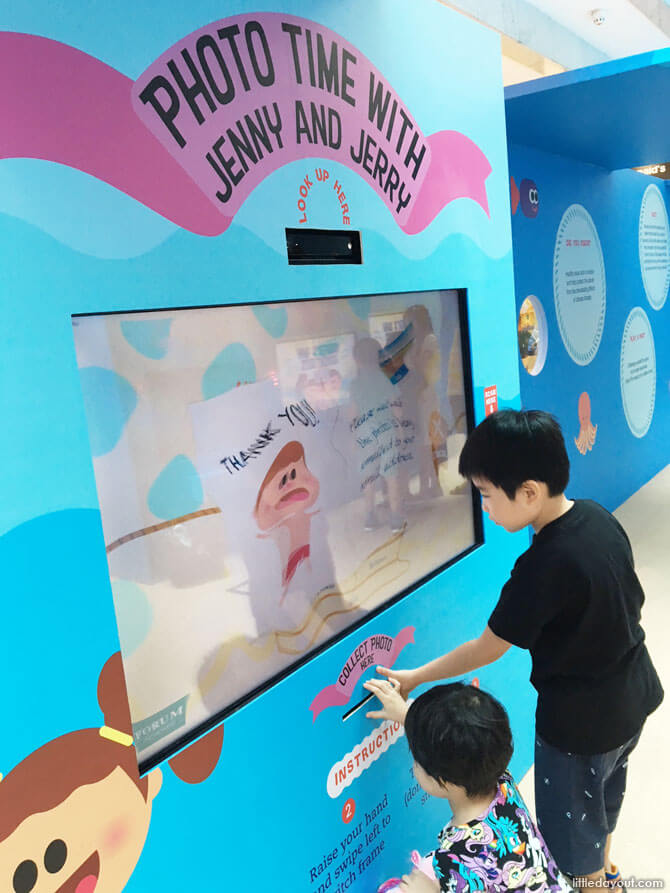 The journey through the four play stations ended with a free photoshoot with a range of cute backgrounds to select from. 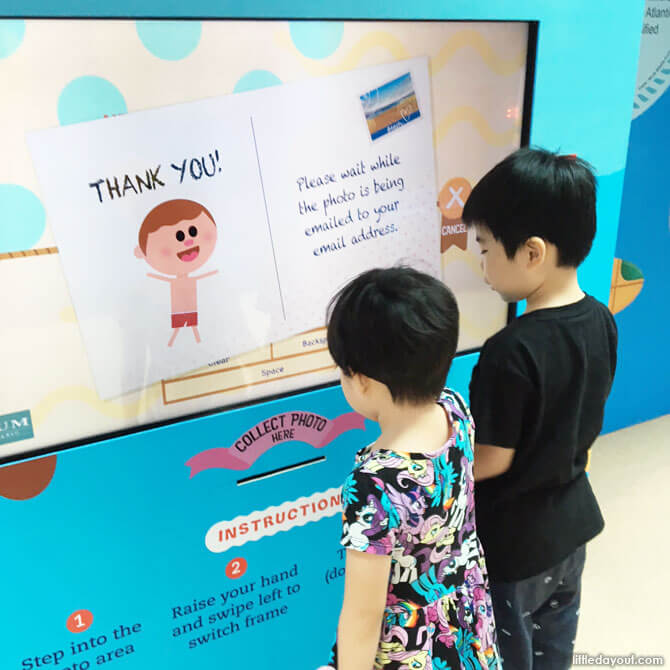 We collected our instant print and even emailed a digital copy to ourselves as a keepsake!

Each player accumulates points from completing all the tasks at the four stations in a day to exchange for vouchers to be used in Forum The Shopping Mall! What’s more, if you are one of the top five scorers for the week, you will score an additional $50 in vouchers! 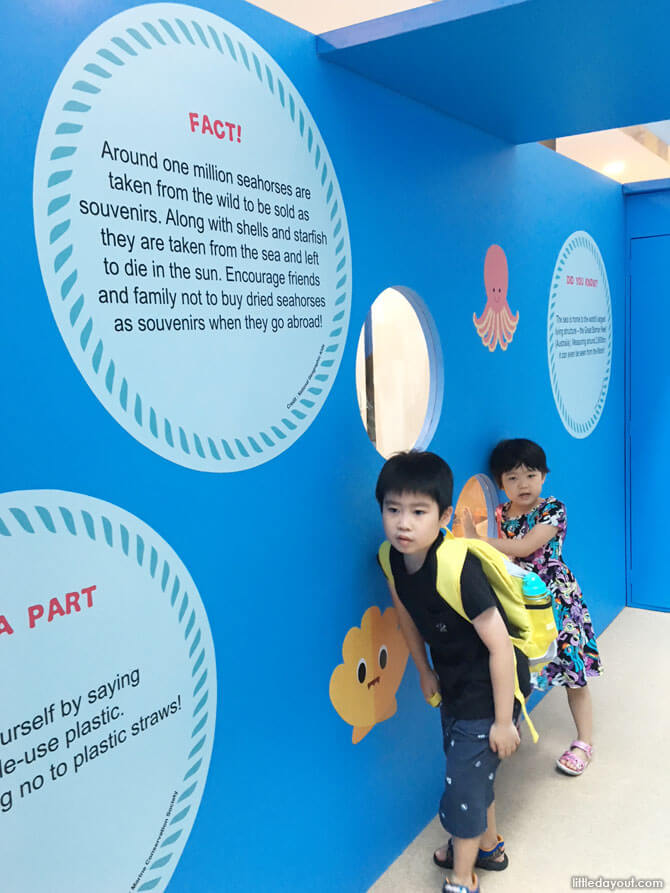 The children had plenty of fun at the Roll Over the Ocean, Roll Over the Sea stations at Forum The Shopping Mall. It was an opportunity for the family to take part in interactive, ocean-themed activities and to dive into some educational information about sea life.

To participate in Roll Over the Ocean, Roll Over the Sea, redeem a Play Passport at Forum The Shopping Mall with a minimum spend of $50* in a single receipt. You can look forward to walking away with sure-win attractive prizes too!

*Present original NRIC, same-day original receipt and charge slip to the Information Counter on Level 2 to redeem a Play Passport! Redemption must be made on the same day of purchase and limited to two redemptions per shopper per day.

This feature is brought to you by Forum The Shopping Mall.