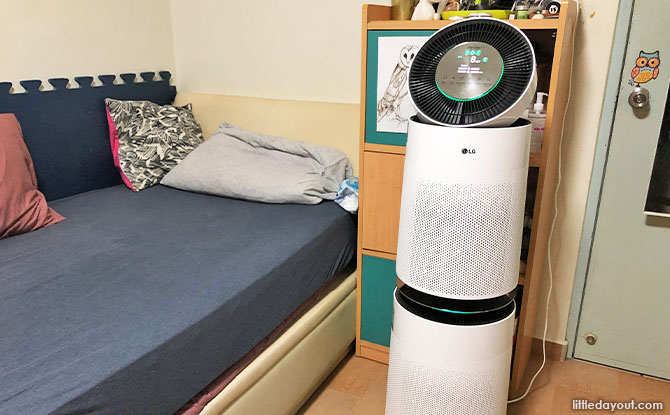 With more people working from home and many of us spending most of our time indoors, alternatives to “stepping out for some fresh air” include investing in a quality air purifier. A familiar brand to many, LG is introducing their PuriCare 360° Air Purifier with Safe Plus Filter to those who desire clean and fresh air at home.

The purifier carries a Multi-filtration System unique to LG consisting of a Safe Plus Filter and a deodorization filter which helps to eliminate bacteria, viruses, ultra-fine dust, allergens and harmful gases. 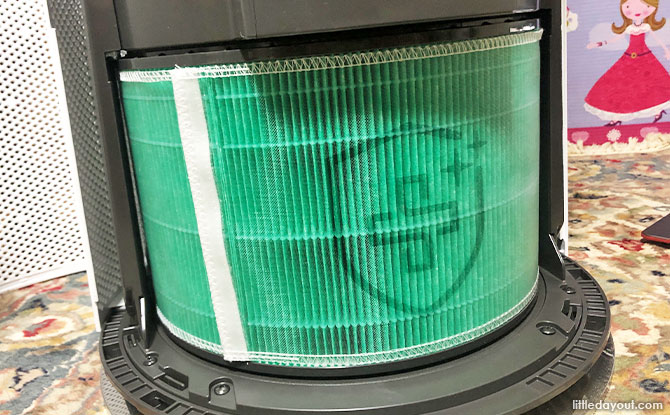 The upgraded PuriCare boasts a unique 360-degree air filtration system on top of two cutting-edge filters to provide even fresher air in the living space. It also has a Safe Plus Filter that is 99.9% anti-bacterial and anti-viral, removing 99.999% of ultra-fine dust particles as small as 0.01 micrometres and allergens. Lastly, it has a deodorization filter, which captures harmful gases lurking in the air.

Setting up the LG PuriCare 360° Double 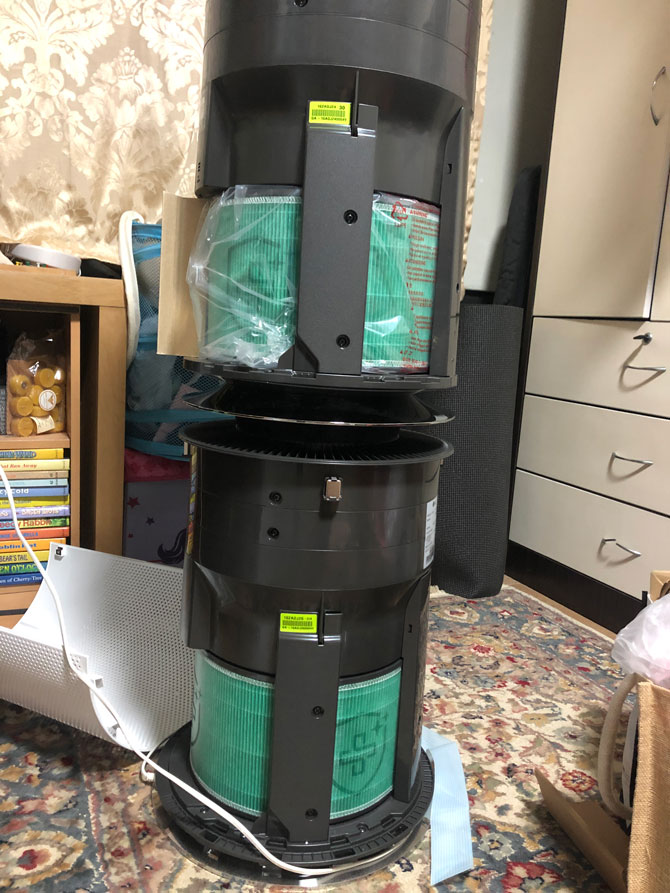 The LG PuriCare 360°Double stands at about 376 x 376 x 1,073mm and weighs 19kg. This large air filter was initially slightly intimidating to set up on my own as the entire box was close to my height.

With the duel model, there were two filters to unbox and insert. There were no small parts to install, and the steps to set up the filter were few, but we had a slight struggle in finding the grooves of the filter panels to lock it back in place. After finally figuring out how to secure the panels, we were able to enjoy the LG PuriCare 360° Double.

4 Modes To Fresh Air with the LG PuriCare 360° Double 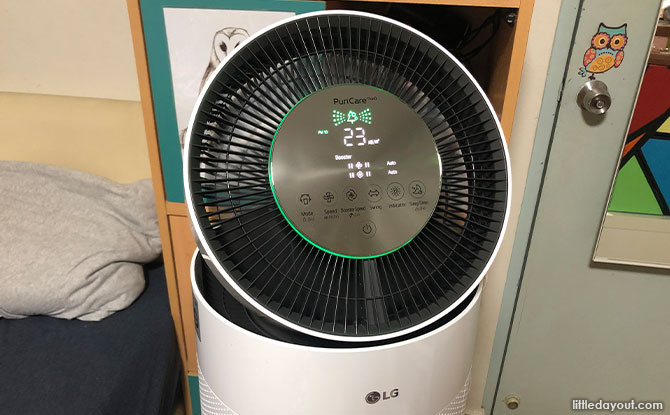 The LG PuriCare 360° Double has four operating modes: clean, booster, dual, single and auto. Users can select the mode of choice using the touch screen at the top of the filter.

This is also the location of the Smart Sensor & Indicator. Since it uses a colour-coded indicator, it is easy to see the quality of the air in the room with just one glance.

Throughout the month, we found ourselves using the “booster” setting the most as that was the mode that activated the 360° Direct Fan. This unique fan design rises, and rotates left and right to deliver filtered air as far as 7.5 meters, allowing it to easily deliver clean air to the various corners of the house including any potential blind spots. 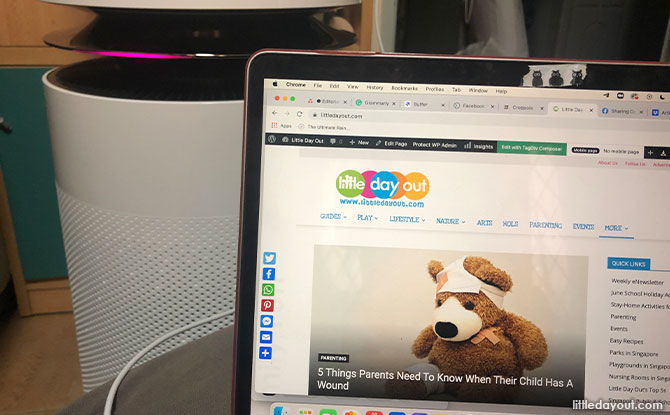 The other mode that we found ourselves using often was the duel mode, which activated the bottom filter that purifies the air closest to the ground. This mode is useful for households with babies, toddlers and pets as they usually play and spend time closer to the ground. I also found this mode to be useful for doing home workouts or even just when sitting on the floor to finish work.

Features in the LG PuriCare 360° Double 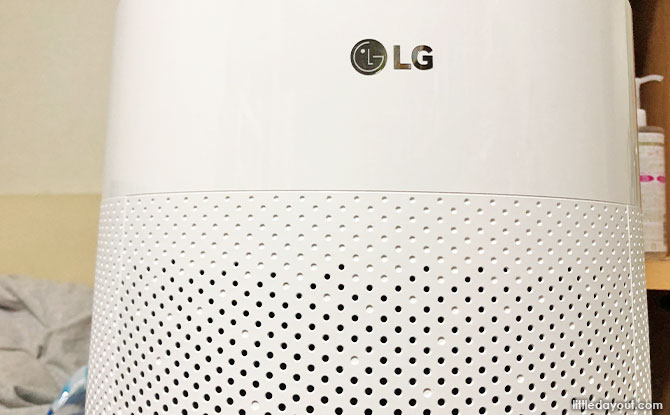 The LG PuriCare 360°’s distinct cylindrical shape absorbs pollutants from every direction through its tiny snowflake air holes that surround that air purifier. The LG PuriCare 360° Double is also much larger than a conventional 2D filter, allowing more air to be filtered throughout the room, no matter where it is placed. 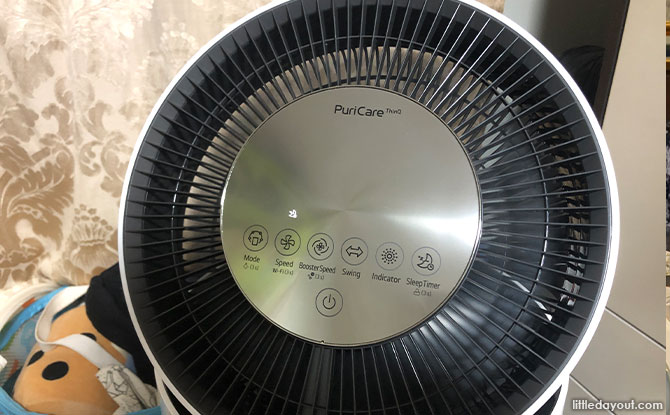 Our favourite feature, however, is the “sleep mode” which turns off all the light indicators in the purifier. We appreciated how silent the LG PuriCare 360° Double was and thus falling asleep was not an issue and we could rest knowing that we had a circulation of fresh air throughout the night. 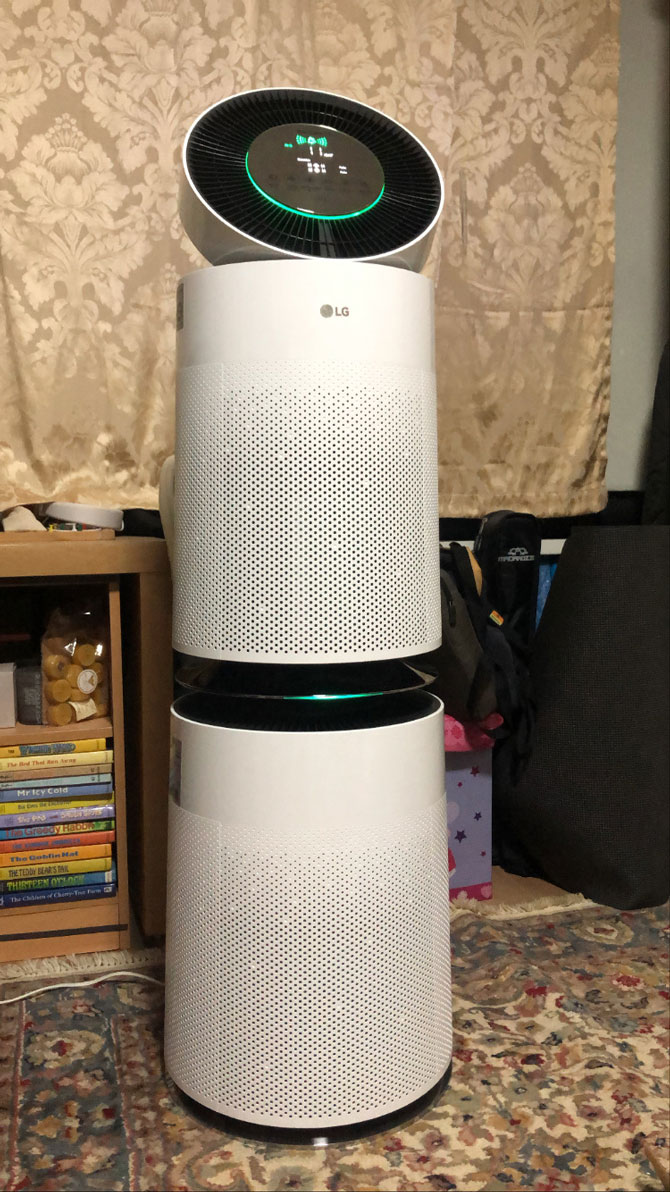 As with most smart devices, the LG PuriCare 360°can be paired with the LG ThinQ app, which allows remote control of the LG PuriCare air purifier from anywhere. Users can monitor the indoor air quality, change device settings or turn it off and on after leaving the house. They can also receive status updates and alerts from the air purifier when the filters need to be replaced.

Overall, we had a very pleasant experience using the LG PuriCare 360° Double and found the air in the room that we placed the purifier in, to be fresher than the rest of the house. This was also helpful for my reoccurring sinus issues and made spending long hours in the room much more bearable.

The new LG PuriCare 360° Air Purifier with Safe Plus Filter is priced at S$899 for the Single tower and S$1,499 for the Double tower. It is available at official LG Lazada, LG Shopee and across all authorized retailers: Best Denki, COURTS, Harvey Norman, Mega Discount and KrisShop.

To find out more about the LG PuriCare 360°, visit the site here.