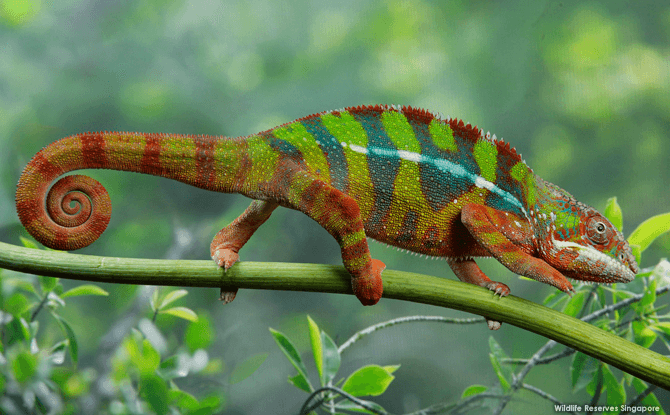 In a utopian society for reptiles, all the creatures would live peacefully side-by-side. At Singapore Zoo, this reptilian dream is called RepTopia – and it is not only home to reptiles but amphibians and arthropods (animals with exoskeletons such as spiders) too.

RepTopia is an indoor, air-conditioned collection that showcases the wonderful world of cold-blooded creatures. Exhibits are organised into five zones – Deserts of the World, South America, Madagascar Forest, African Forest and Indo-Pacific.

Each creature’s exhibit is fashioned after its natural environment. The desert, riverine and rainforest environments allow visitors to envision how the creatures would be found in the wild.

In fact, at some of the exhibits, the creatures are so well camouflaged that visitors may have to look intently to spot them.

RELATED: 5 Kid-Friendly Things to Do at RepTopia

Meet the Residents of RepTopia

Approximately 60 species will be on display at RepTopia once fully populated.

These include interesting displays that feature different species in a single exhibit, co-existing in a utopian manner.

Some of the star exhibits at the RepTopia include the three species of chameleons. 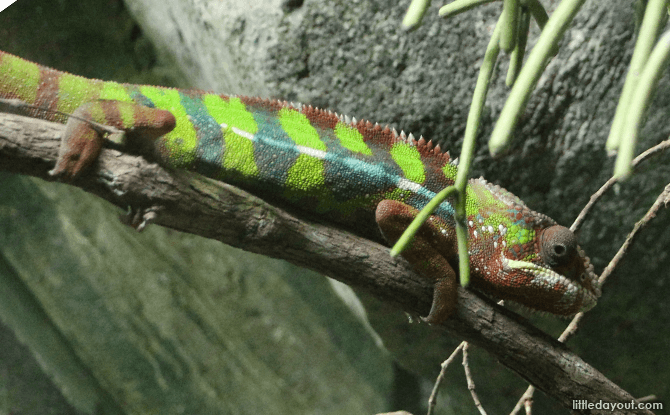 This includes the colourful panther chameleon, one of the few that can produce the colour red. A native of Madagascar, its rainbow-coloured skin allows it to express different moods. Yellow signifies anger, blue when it desires to impress and green when it is calm.

One of the deadliest creatures at Singapore Zoo’s RepTopia is also among the smallest – the Golden poison frog. A 5 cm frog has enough poison to kill 10 grown men. In Central America where the frog is from, the locals use its poison to tip their blowgun darts for deadly effect. 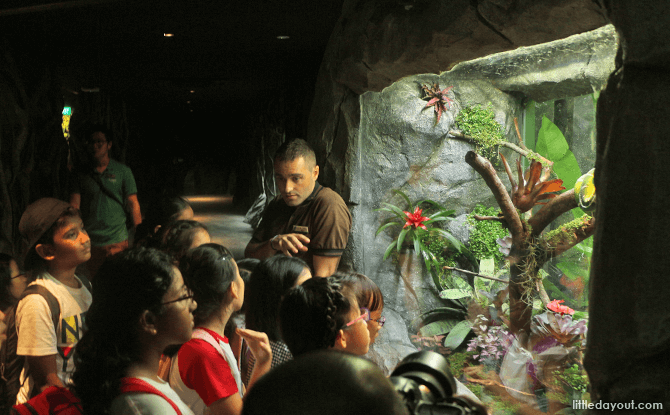 RepTopia also has a walk-through exhibit and educational displays where visitors can learn about the threats facing reptiles. There will also be daily interactive sessions with keepers to educate visitors about the reptilian residents.

Dr Luis Carlos, Director of Zoology, Wildlife Reserves Singapore, said: “Reptiles, amphibians, and arthropods may scare some people with their alien-like appearance, sharp teeth and forked tongues, but these mystifying creatures that have been in existence for over 200 million years now need our protection. Singapore Zoo’s RepTopia is a safe haven for them quite literally – we hold assurance colonies of critically endangered herpetological species in case they go extinct in the wild, and work on conservation projects to ensure their long-term survival. Through RepTopia, we are highlighting their plights in the wild to our visitors and engaging them to participate in efforts to conserve these creatures.”

RepTopia forms part of Singapore Zoo’s larger collection of amphibians and reptiles which features 100 species of animals. Visitors can view the other species at the neighbouring Reptile Garden and Tortoise Shell-ter.

RELATED: 5 Kid-Friendly Things to Do at RepTopia