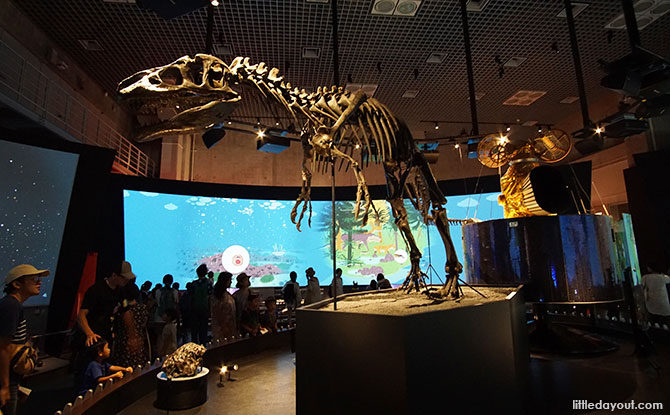 Located at Tokyo’s Ueno Park, the National Museum of Nature and Science has a massive collection spread over two buildings. The museum focuses primarily on natural history with its exhibits organised into two galleries – the Japan Gallery in one building and the Global Gallery in another.

You can easily spend hours wandering around the many halls of the National Museum of Nature and Science in Ueno Park, Tokyo. To help you along, here is an overview of what you can expect to find at the museum. 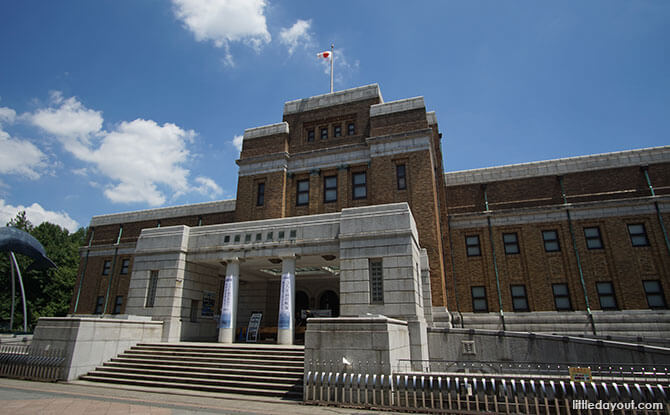 The Japan Gallery is housed in the first building. Inside the scholarly-looking building, after purchasing tickets, you can work your way up its various floors to discover more about Japan’s natural history. 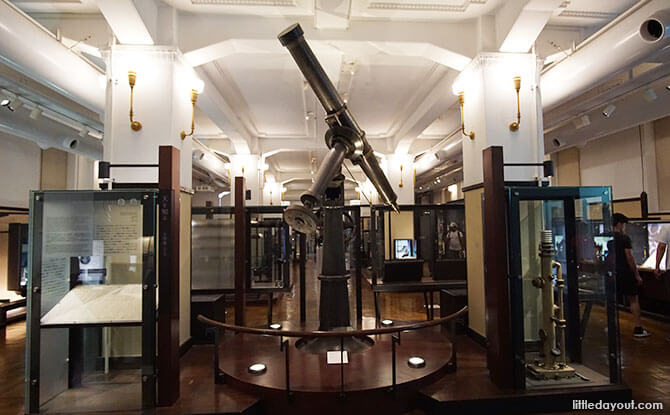 One level above the ground level, the exhibits on the first floor of the Japan Gallery delves into the scientific method for observing nature.

The second floor is where it starts to get anthropological. 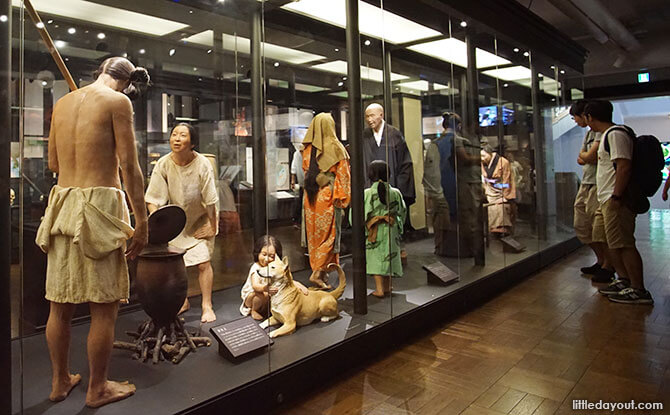 Here, visitors can walk through exhibits which provide look at the Japanese People and their relationship with nature, for example through rice cultivation. 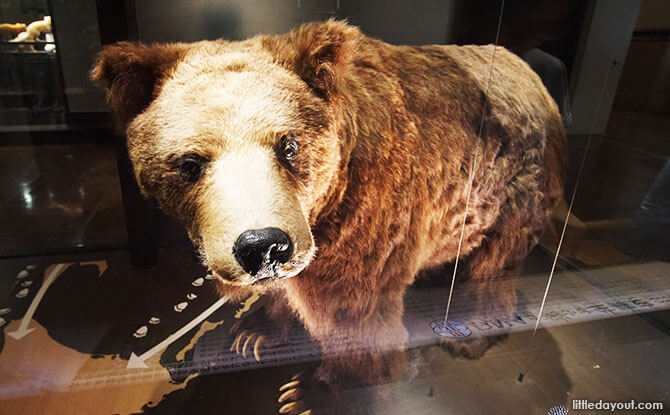 Another room is devoted to the living creatures found on the Japanese islands. 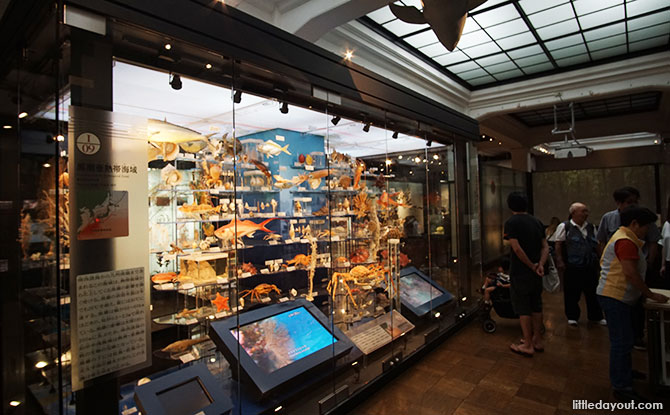 It shows how they have adapted to the local environment. 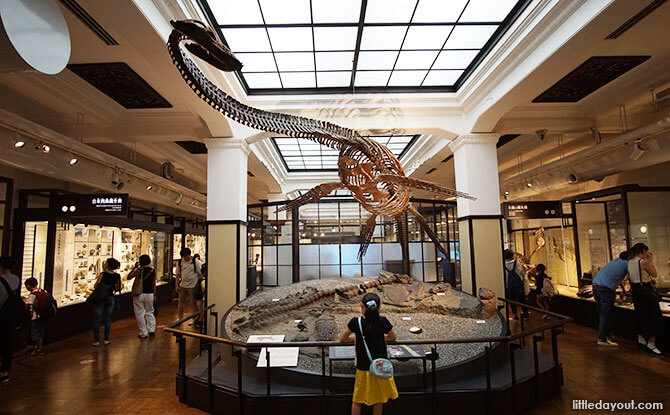 The third floor of National Museum of Nature and Science’s Japan Gallery provides a geological and geographical look at the Japanese Islands. Dig through the geological layers that make up Japan and the various species that have come and gone extinct on the islands. The star exhibit here is a plesiosaur which greets visitors entering the room. 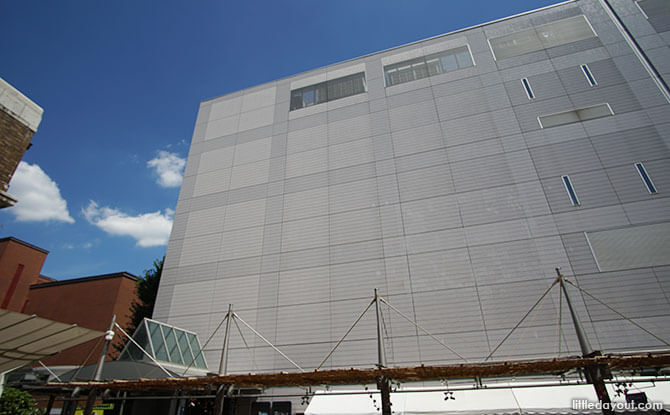 The second half of the National Museum of Nature and Science is the Global Gallery. This is housed in a separate building, with a stark exterior and modern interiors, behind the Japan Gallery. The Global Gallery begins with a survey through the Earth’s history on the first floor and showcases the rich biodiversity found on the planet. The second floor of the Global Gallery showcases technological inventions in Japan from the Edo period onwards. Interactive exhibits provide a way to learn about how forces such as light and magnetism affect the Earth. A star attraction here is a rebuilt WWII plane at the back of the gallery. The third floor showcases the animal species found on earth with specimens of mammals and birds.

It is also where ComPASS is located. ComPASS is the Tokyo’s National Museum of Nature and Science exhibition area for children and families. 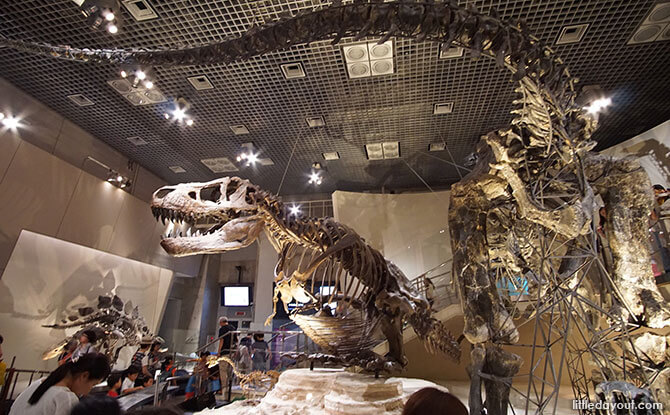 Another big draw for kids lies in Basement 1 of the Global Gallery of the National Museum Nature and Science, Tokyo. This is where the dinosaur fossils are exhibited. More animal specimens are on display in Basement 2 and 3, with exhibits on how life has adapted to the environment since Earth’s origins too.

Tips for Your Visit to National Museum of Nature and Science, Ueno Park, Tokyo

The collection at the National Museum of Nature and Science, Tokyo is vast. To have an enjoyable time at the museum, instead of trying to cover all of the galleries on a visit, choose which gallery would most interest you and cover those first. This helps to reduce fatigue and also make sure that you cover the important bits.

Most of the exhibit’s information panels are in Japanese with some English translations on key panels. This can make it difficult to fully appreciate the exhibits. 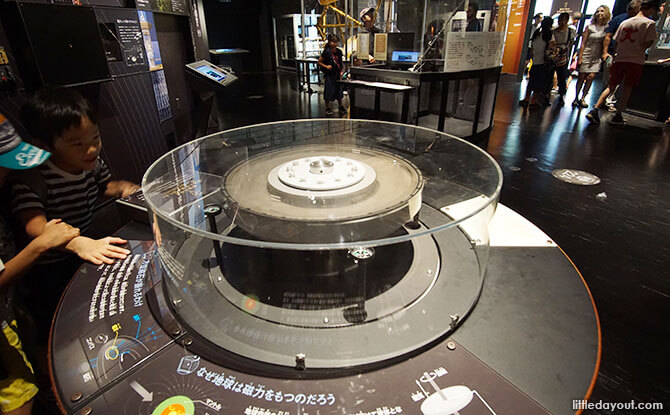 However, one trick you can try is to make use of apps such as Google Translate at key points to translate the information panel – for example, at the interactive area on the second floor of the Global Gallery.

This is a natural history museum – so you should expect stuffed animals, skeletons and bones. Families with young children might want to take note that a couple of dioramas of early men (and women) who are depicted – true natural history sense – au natural.