Home Travel Japan Miraikan: Experience The Future At The National Museum of Emerging Science And... 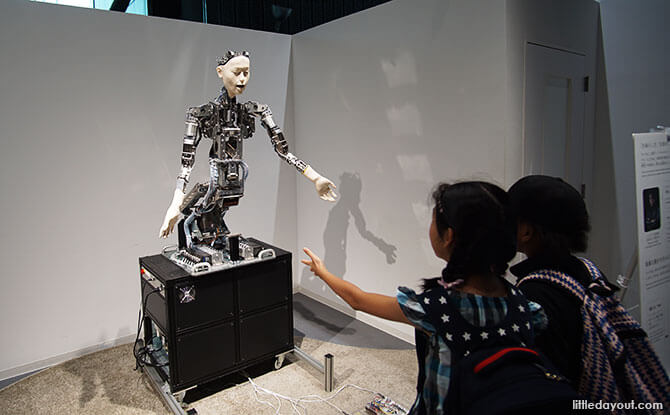 Located in Tokyo’s Odaiba district, Miraikan or the National Museum of Emerging Science and Innovation is a science museum that allows visitors to experience the tech which is shaping the future. 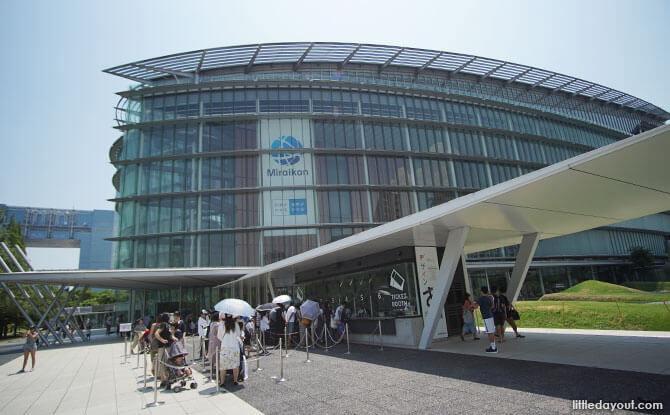 From the outside, the Miraikan building’s sleek and modern architecture seems apt for a science centre that is founded on the principle that science and technology and culture are intertwined. And if you are expecting the inside to be a futuristic lab, your expectations won’t be far off from reality.

Within MIraikan, there are numerous opportunities for visitors to have tech encounters through hands-on exhibits and activities.

Miraikan’s exhibits are spread over three floors, levels 1, 3 and 5. 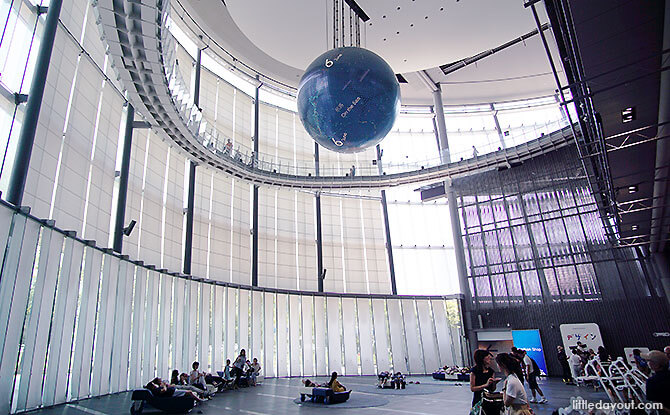 On the next level up, the theme of the third floor exhibition hall is “Create your future”. Here, visitors are invited to imagine what society will be like in the future and how this future can be realised.

On the fifth floor, the theme is “Explore the frontiers”. The exhibits here examine the frontiers of science, whether at the cellular level or at the edge of the universe.

The third and fifth floor exhibition halls are connected by an oval bridge which allows for a 360-degree view of the massive sphere.

Alternatively, out of the exhibition hall, a set of cascading escalators also connect the different floors.

The third floor exhibition hall focuses on the impact of technology on society and vice-versa.

Here, you can get a view of developments in areas such as robotics and androids (human analogues, not the phone operating system).

An interactive exhibit, Songs of ANAGURA simulates a world where spatial information is completely digitised.

Learn how the internet works at A Hands-On Model of the Internet where black and white balls allow visitors to visualise how data is transmitted from one point to another. 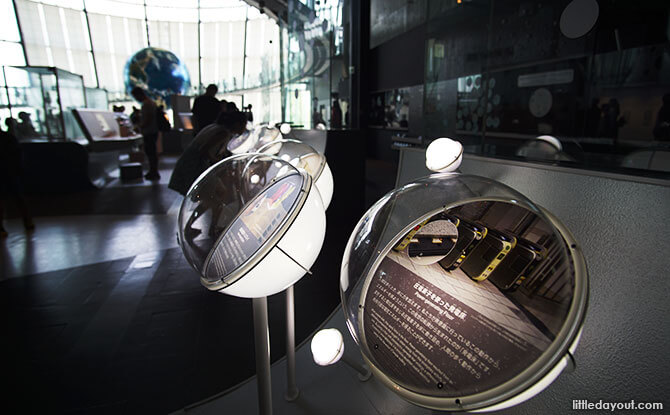 There are plenty of other hands-on exhibits that can be found at the third floor of the National Museum of Emerging Science and Innovation.

The fifth floor exhibits cover a wide range of topics.

Here, there are exhibits on how disasters affect society, the exploration of space and even the origin of life.

Other Activities at Miraikan

Besides the hands-on exhibits in Miraikan’s permanent collection, there are other activities that can be enjoyed at the science museum.

These include trying out the UNI-CUB, a personal mobility device by Honda, and watching a demonstration of ASIMO, a humanoid robot.

The Dome Theatre GAIA, a spherical theatre on the sixth floor, screens 3D films. An additional fee is required for admission to the Miraikan Dome Theatre.

There are also eateries located within the Miraikan building.

Where Technology and Culture Meet 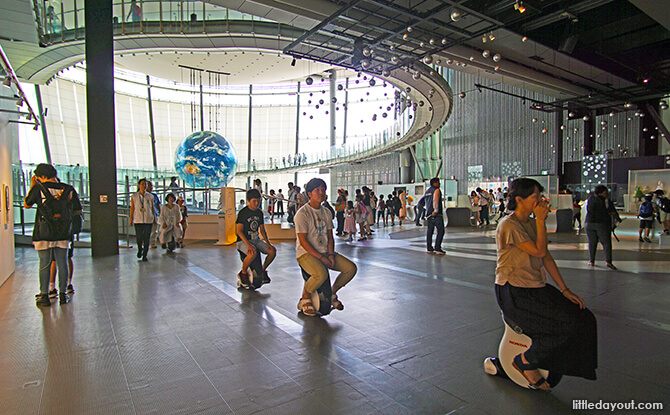 Miraikan at Odaiba, Tokyo is a good place to visit to get a sense of Japan’s tech prowess and developments in the area of science. It covers a wide range of subjects, including some rather advanced science topics. These are all presented in an interactive manner – which goes a long way toward keeping things interesting and engaging for visitors.