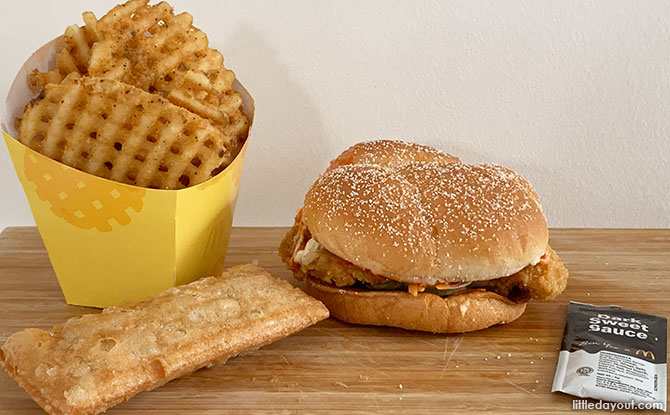 If anyone were to run a poll on Singapore’s national dish, Hainanese chicken rice would be on the list. And now, McDonald’s Singapore will be condensing this familiar flavour into a burger with their McDonald’s Hainanese Chicken Burger, launching on 5 August 2021. 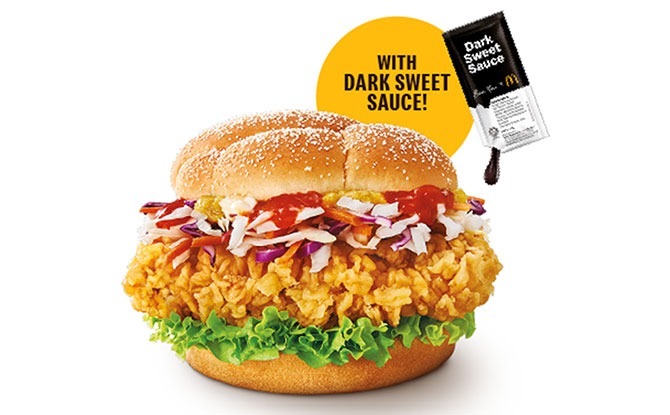 The McDonald’s Hainanese Chicken Burger is the result of a collaboration between the fast-food giant and Mediacorp Artiste and Guest Chef Ben Yeo.

This limited-edition creation will launch across all McDonald’s restaurants in Singapore and via Delivery on Thursday, 5 August 2021, just ahead of National Day.

For a more hands-on experience, the Crispy “Hainanese Chicken” Burger’s dark sweet sauce will come in a sachet so you drizzle it on to the burger in your favourite pattern – back and forth or in swirls. 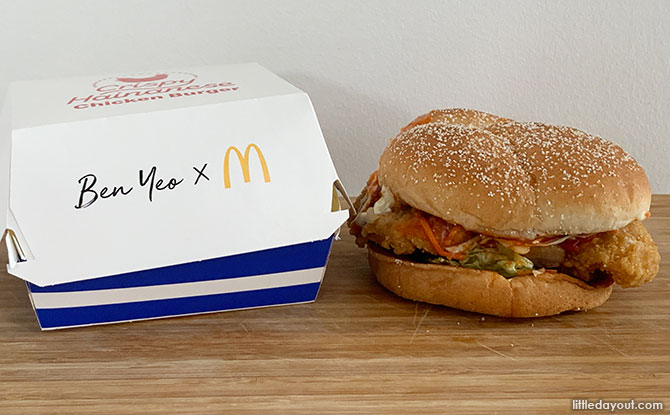 We gave the McDonald’s Hainanese Chicken Burger a try.

The burger features two semonlina buns. Inside is a crispy fried chicken patty. This was topped off with cabbage, carrots and lettuce. The vegetables and the crust around the chicken patty gave it a bit of bite. 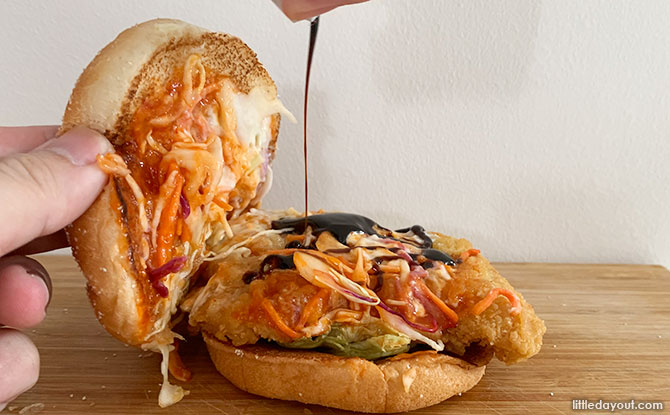 The burger comes with garlic chilli and ginger sauces. There is a separate packet of dark sweet sauce which you can drizzle on to the patty.

Personally, we felt that the Hainanese Chicken Burger does not go too overboard in trying to be like it a dish of chicken rice. Instead, it just hints at the influence of Singapore’s favourite dish, which is a good thing.

We would order it again.

Inspiration behind the Burger

“My inspiration behind the Crispy “Hainanese Chicken” Burger comes from my love and passion for local food. I grew up eating local food, so I wanted to incorporate a local flavour and taste – with a McDonald’s twist – into the burger!” said Ben Yeo.

Adding on, he said, “McDonald’s has a strong chicken menu, so naturally what came to mind was a dish that many of us know and love in Singapore – Hainanese Chicken Rice – but of course, with my own interpretation of it.”

“We’re thrilled to have this unique opportunity to partner Ben Yeo to craft the Crispy “Hainanese Chicken” Burger, as a spin on a local favourite. Ben Yeo’s passion for local food, experience in the local F&B scene and love for McDonald’s makes him a natural fit for this collaboration,” said Drina Chee, Senior Director, Marketing & Digital Customer Experience, McDonald’s Singapore.

The “Hainanese Chicken” Burger will be available from $6.60 a la carte or $8.30 for an Extra Value Meal.

While this is a first for McDonald’s, this is not this first time that the first food chain in Singapore has tried making a Hainanese Chicken Rice-inspired burger. Burger King tried to make one several years back too. 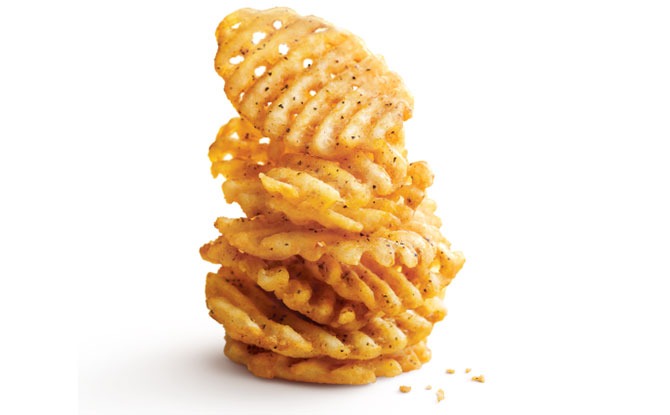 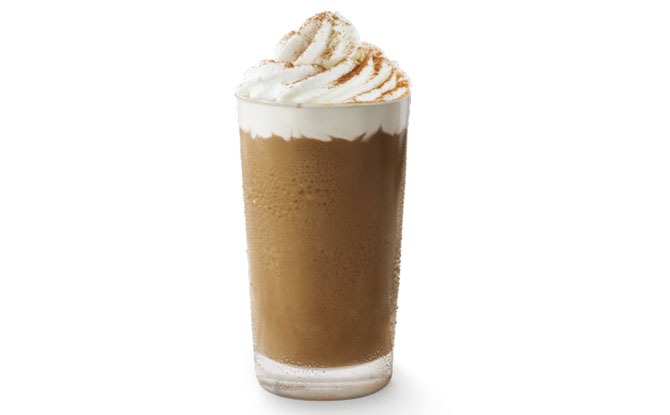 Another local rendition that will be making it on to the menu is a Kopi Frappé, a take on Singapore’s local kopi. This will be available from $4.30 for a small and $4.70 for a medium size.

We tried the Kopi Frappé as well and it was delicious.

Where to Get the Hainanese Chicken Burger and Others

The Crispy “Hainanese Chicken” Burger, Crisscut Fries and Banana Pie are available after breakfast hours starting 5 August 2021 for takeaway in all restaurants, Drive-Thru and via McDelivery, GrabFood and Foodpanda for a limited period only, while stocks last.