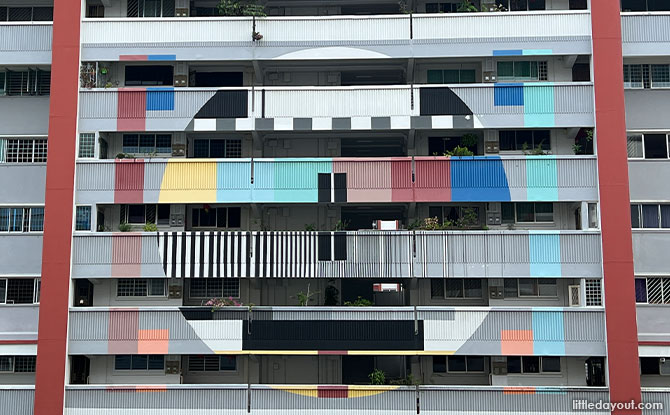 Some people, especially those in the East might be familiar with the unique design of the HDB block in Tampines Street 42. A few HDB blocks in the area are painted with the iconic TV test pattern design, a sight that we don’t really see today now that technology has advanced. 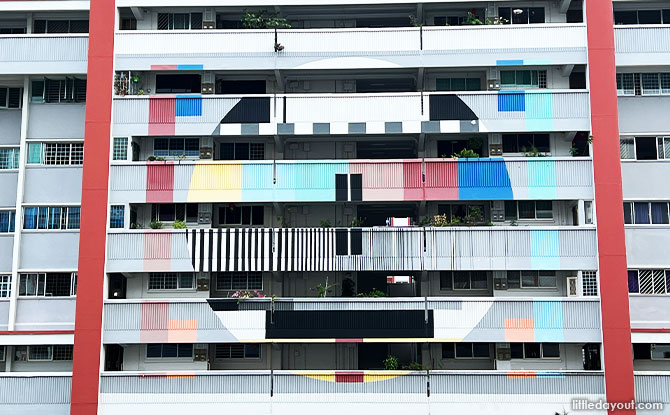 Some might find it hard to believe, but television was not always a 24/7 affair that happened all 365 days in a year. In the past, TV stations stopped broadcasting late at night and when they were off the air, they would commonly display a test pattern until programming resumed in the morning. It was also usually accompanied by a loud, jarring monotonous sound of static. It is interesting to note that the test patterns designs vary in different parts of the world.

In the early days of TV broadcasting, test cards were originally physical cards at which a television camera was pointed, thus allowing for simple adjustments of picture quality. Such cards are still often used for calibration, alignment, and matching of cameras and camcorders. 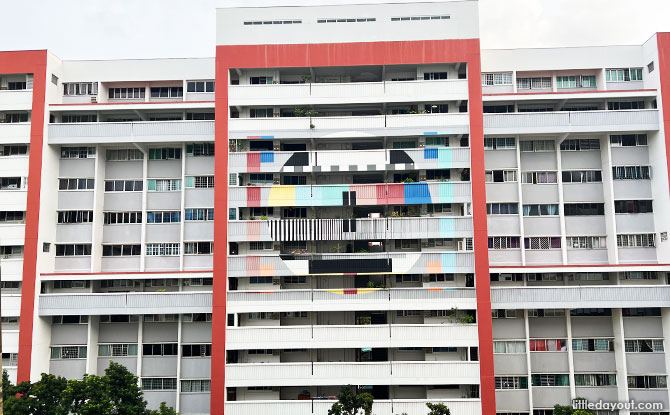 For the HDB block in Tampines street 42, it is a nostalgic pattern that residents in the area voted to have as the iconic design on their blocks. The various colours also add a pop of colour and contrast to the surrounding areas, making it an eye-catching sight. The HDB also caught some attention internationally when it went viral in China via Weibo, a popular microblogging site, in 2018.

Where To Find The TV Test Pattern HDB 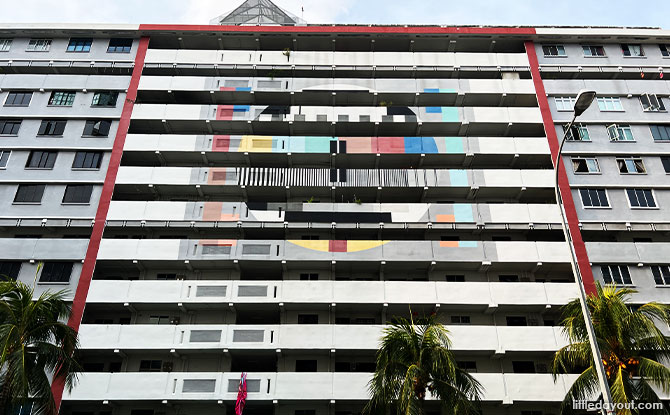 For those who wish to see the HDB block in person, Look out for Blocks 410 and 417 on Tampines Street 42. To get the iconic shot, the view from levels 6 to 8 all give pretty great results. See other interesting spots in Tampines here.