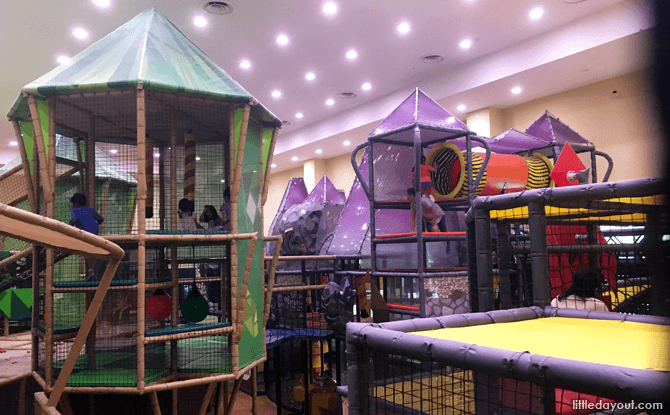 With a play structure that rises almost 8 metres off the ground, to call Kidz Amaze, SAFRA Toa Payoh “big” would be an understatement. The 12,700 square feet indoor playground is massive and has a maze of tunnels, passageways and slides that will have kids scurrying around in glee. 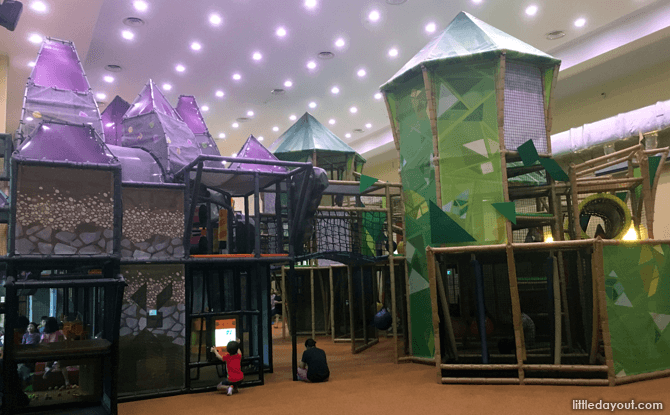 The playground area at Kidz Amaze, SAFRA Toa Payoh consists of three zones – The Cave, Treetops and The City. These are interconnected with each other on the second level, forming a continuous loop for kids to go round and round without ever exiting the playscape. 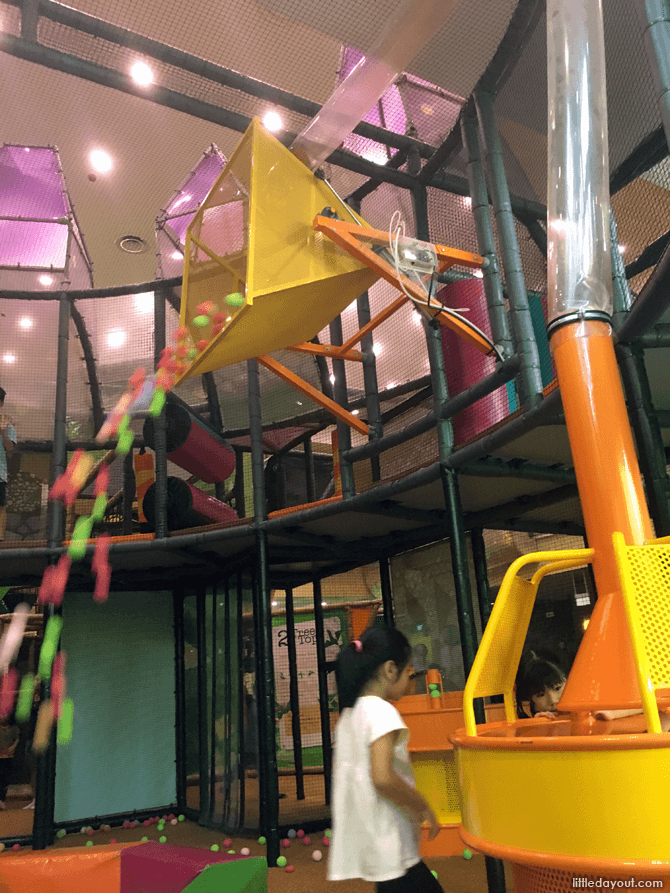 The Cave is where you will find the ball pit. A machine sucks the foam balls up to a hopper above. Once full enough, the hopper tips over, sending the balls raining down to kids waiting eagerly below. 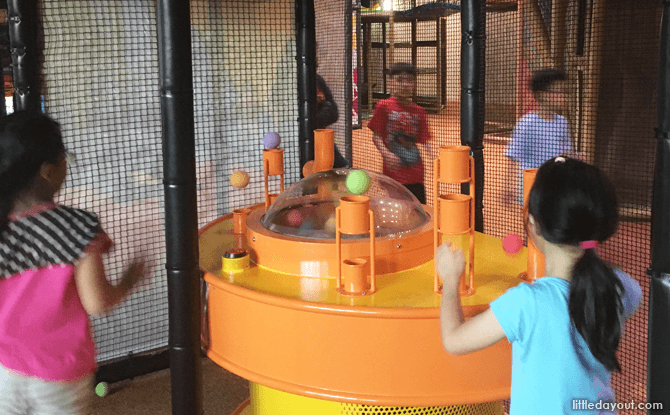 Also at The Cave are air-powered machines which kids can use to suspend the foam balls in the air.

Three stairways lead up to the second level of purple-coloured The Cave. From there kids can choose to head down passageways to other zones of the playscape such as the Treetops. 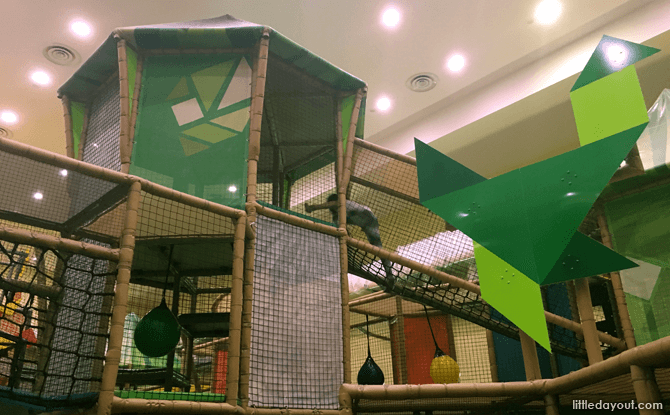 This zone of Kidz Amaze, SAFRA Toa Payoh has three levels. These third levels of Treetops are found at in two towers, accessible from level 2 of the playscape. 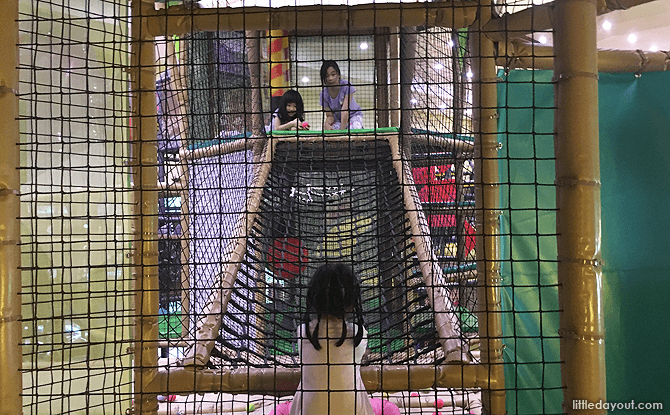 Kids can climb up a cargo net to the get a tower, or escape down a long passageway laden with obstacles to get to the next zone of the indoor playground, The City. 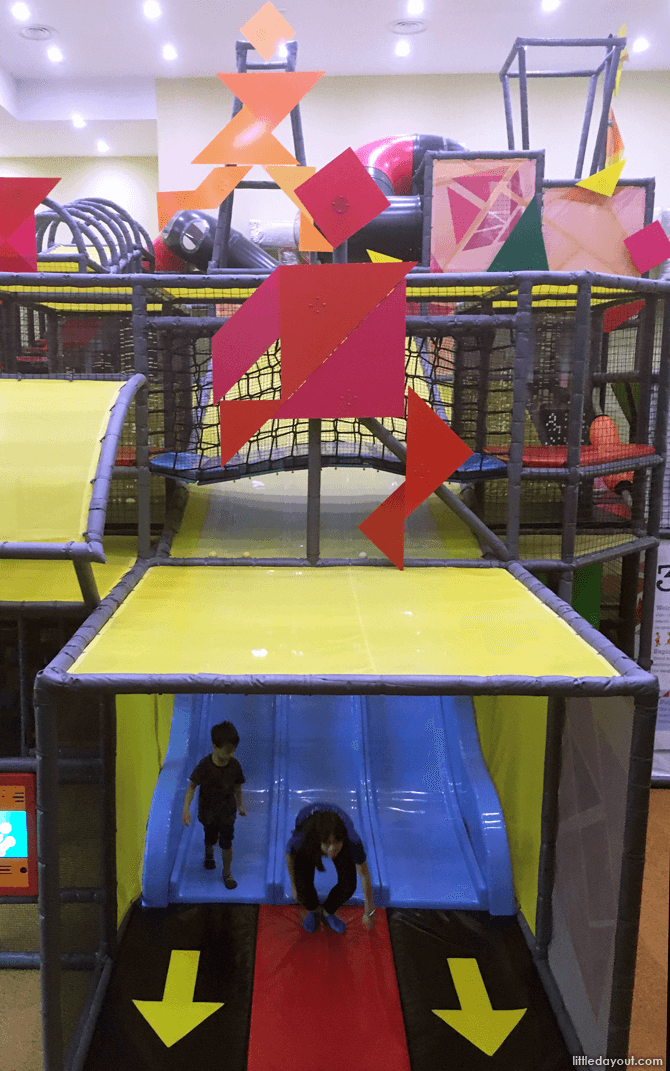 The City also has a third level. It is a tube tunnel that kids can access from the second level. 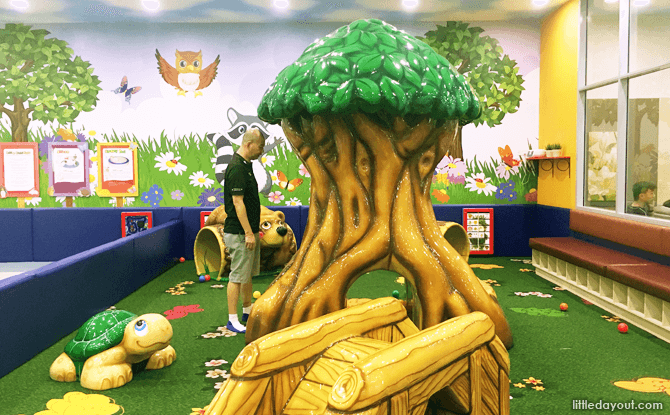 For those with children below three, Kidz Amaze, SAFRA Toa Payoh also has a infant and toddler zone – just in case things get too rowdy at the main play area. 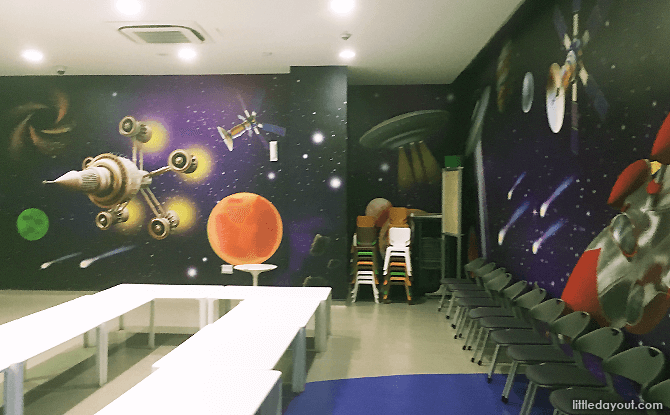 READ: Cool de Sac Indoor Playground – Something for Every Kid