Home Play Ideas & Activities Jewel-rassic Quest: Go On A Dino Mission Back In Time Around Jewel 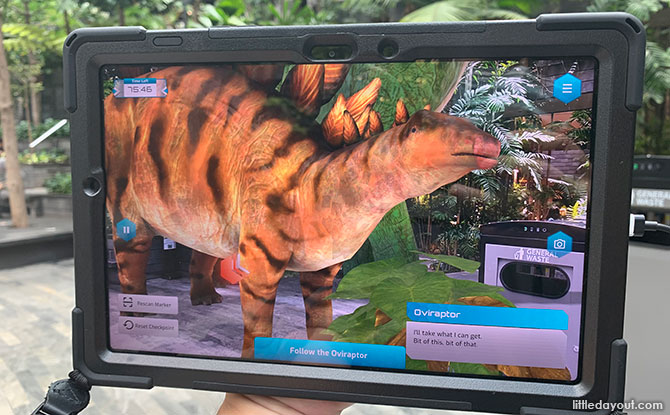 From 31 March 2022, dino-lovers can enjoy a dinosaur-themed adventure around Jewel Changi Airport with its new attraction, the augmented reality (AR) fuelled Jewel-rassic Quest.

Play the role of an adventurer and go on a mission to help recover a lost treasure around Jewel’s lush Shiseido Forest Valley. This AR experience will be especially fun for families with dinosaur-loving kids. 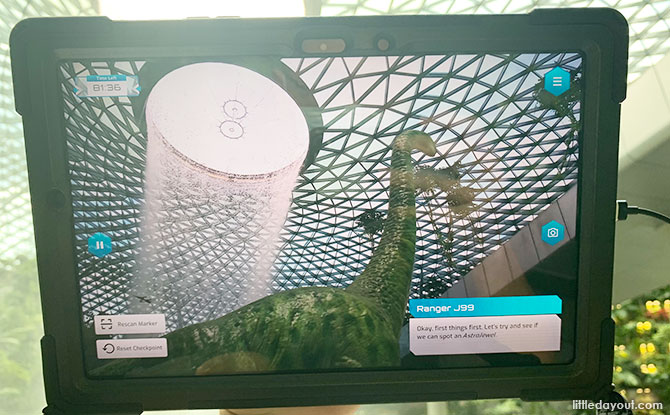 Jewel-rassic Quest makes use of a TimeLens (i.e. a tablet) to take players on a trail around Jewel where they will encounter AR dinosaurs. 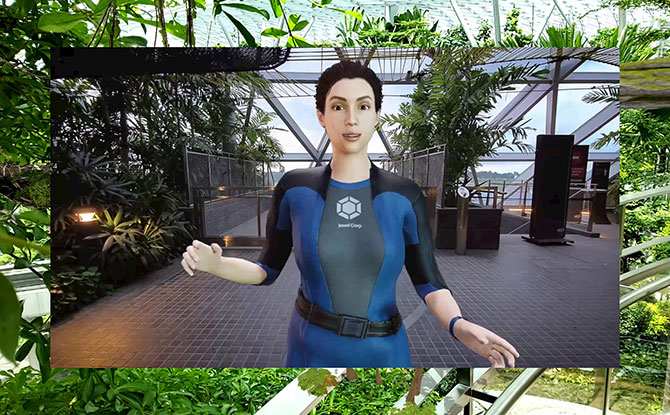 Help Ranger J99, a character in the game, to recover the AstroJewel, a special crystal which may hold the solution to the problem of global warming. 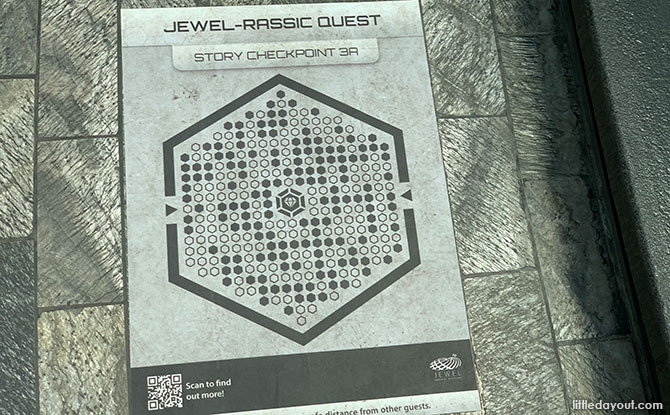 There are six checkpoints on the adventure trail. To get started, players can scan a marker on the floor to bring up the storyline. 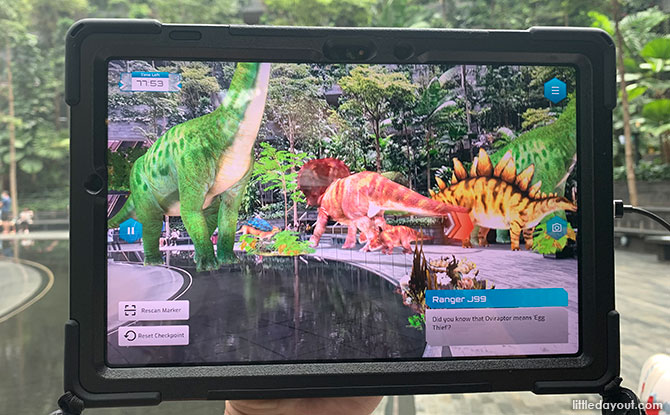 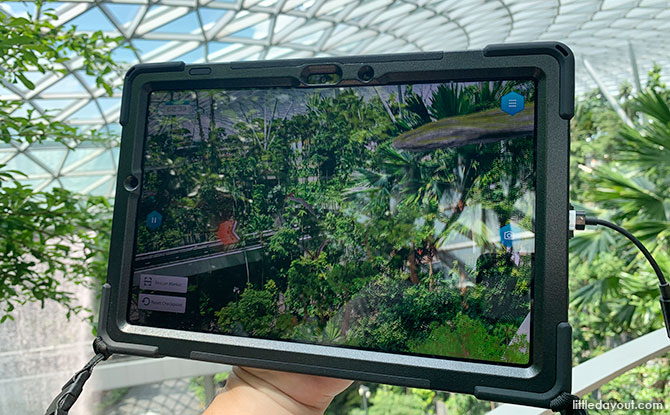 The adventure will also take players up to Canopy Park (admission included with the game) as they seek to recover the AstroJewel.

Once the main Jewel-rassic Quest mission has been completed, three mini games also get unlocked, providing more ways for players to interact with the AR dinosaurs.

There is also a Dino Egg hunt with six of AR eggs hidden around Jewel. Find them to discover bits of trivia about Jewel.

Another feature that can be found in the TimeLens is the ability to take pictures which will be emailed to the player. This makes it fun and handy for families and kids to snap memorable pictures of their dino experience at Jewel Changi Airport. 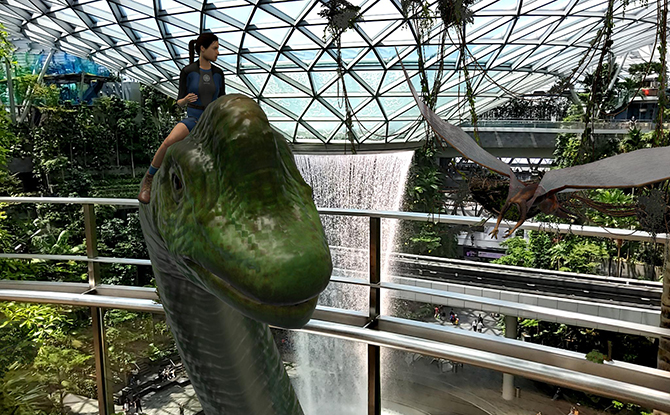 Take note that there is a refundable security deposit of $50 for the rental of the TimeLens device. The rental period is for 90 minutes, which should be plenty of time to complete the quest, mini games and to take pictures with the AR dinosaurs.