Home Play Ideas & Activities How To Play Police And Thief: Test Your Stealth And Speed 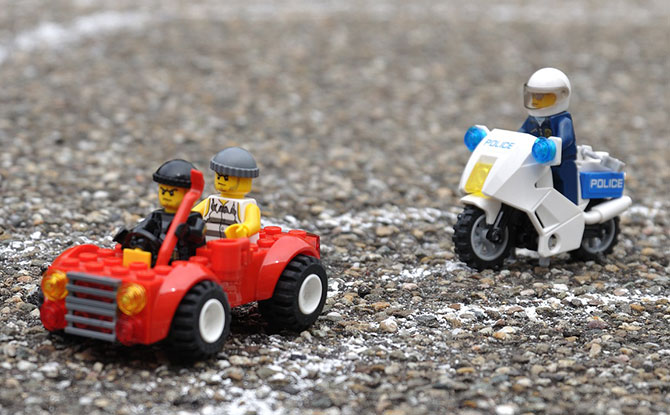 Not related to the local hit TV comedy sitcom “Police And Thief” that aired in 2004, the game Police and Thief has many variations but we like to play this version as a hybrid of ice and water and a bit of hide & seek. Here’s how to play Police And Thief and the variations you can try.

What you need to play Police and Thief

How to play Police and Thief

Start by setting up the playing field. Put the hoola hoops around the playing area and scatter the bean bags on the outside of the playing area. If there are more than three players, players will be split into two different teams as equally as possible. In case of an odd number, the extra player will go to the team playing as “thieves” The team in the inner circle will be the “thief” and the “police” will be on the outer circle.

The aim of the game is for the thieves to steal as many beanbags as possible and avoid being caught by the police. The hoola hoop will act as the “safe zone” for the thief while the police will have to have to catch the thief.

If a thief can make it to a hula hoop they can stand and be safe inside the hula hoop with the bean bags. Only one thief can be inside a hula hoop at one time and they can only steal one bean bag at a time.

If a thief makes it back to their safe zone without being tagged by a police officer, they can drop the beanbag in the middle of the safe zone and sneak out to collect more. If they are tagged by the police, they have to drop the bean bag and freeze on the spot. The police can then move the beanbag away from the robber if they wish.

When a thief leaves the safe zone, they can either try and steal a bean bag or save another thief who has been frozen by tapping them on the shoulder.

Variations of Police and Thief

Similar to a game of Hide & Seek, players appoint a seeker who will be the police while the others will be thieves. It is recommended to have a ratio of 2 police to 4 thieves. The police will close their eyes and count to an agreed value. They count next to a designated spot which will be the “prison”.

Everyone will then go away to hide. Whenever the seeker finds another player, the player has to stand in “prison”. To win, the “seeker” has to get all the players into prison. However, other players that are hiding can ‘free’ people in the prison by sneaking over to the prison and tagging anyone in there as long as the seeker is not there to see this. Players who are freed from prison are back in the game.

The game can be made more complicated where the thieves are allowed to run from the police if they are found and they might also have the added task of having to “steal” an object such as a beanbag from the designated area.