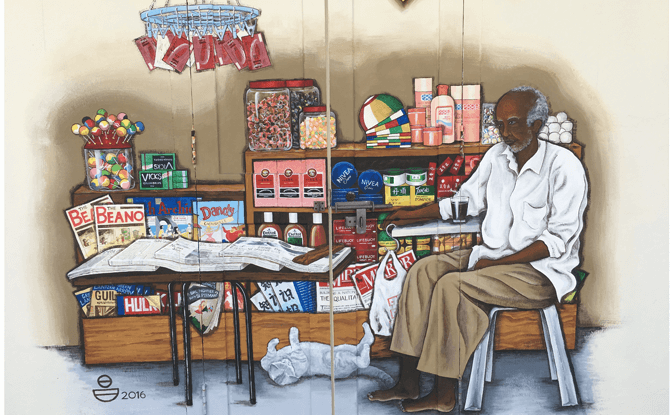 Along the corridor at the former site of Catholic High School at 51 Waterloo Street are a series of heritage murals. Designed by Mr Yip Yew Chong and Mr Yuen Kum Cheong, the six murals adorning the wall beautifully capture scenes from the past, bringing them back to life in vibrant colour. 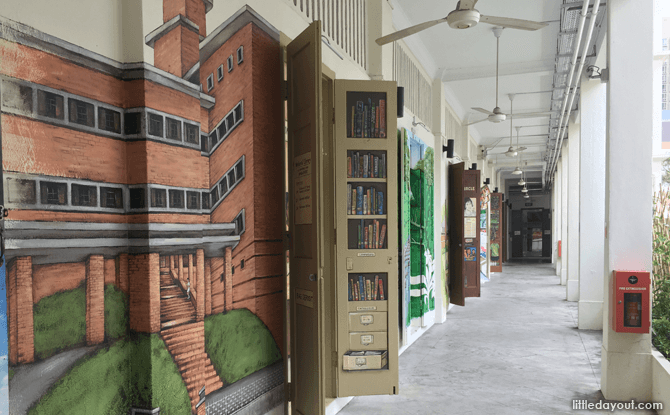 They were painted in May 2016 and each mural is “interactive”, but not in the digital sense we associate with interactivity nowadays. Instead, each mural’s interactivity stems from it being painted on both sides of folding doors, allowing the public to view them with either the doors closed or open.

Stories from the Past

Scenes in the murals would seem strange to a younger generation but familiar to those who grew up in the 1970s and 1980s. 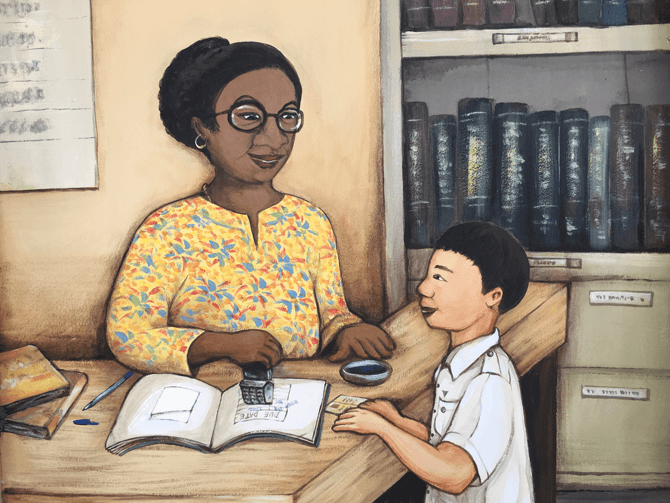 There is a librarian stamping the date due on a library book, or the Klim milk tins on the Mama Shop’s shelves. 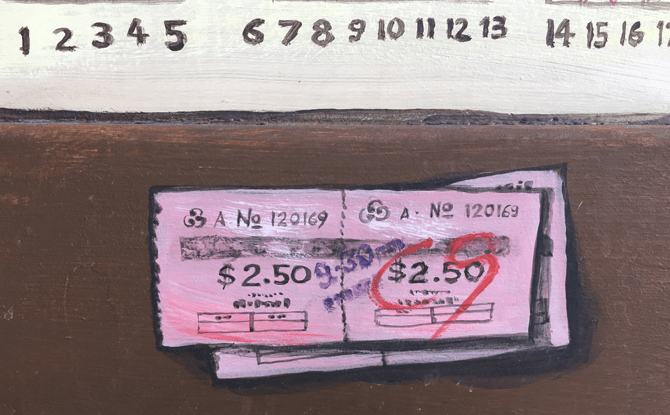 There is also the kachang puteh man at Odeon Theatre with a bottle of Green Spot nearby. Cinema tickets cost $2.50 and are marked off with a red pencil. 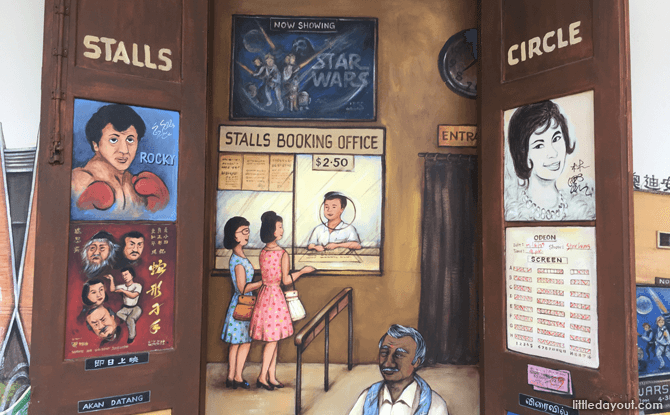 Today’s generation may recognise the Star Wars poster on the mural. Except the year is 1977 and it is the original screening of A New Hope. 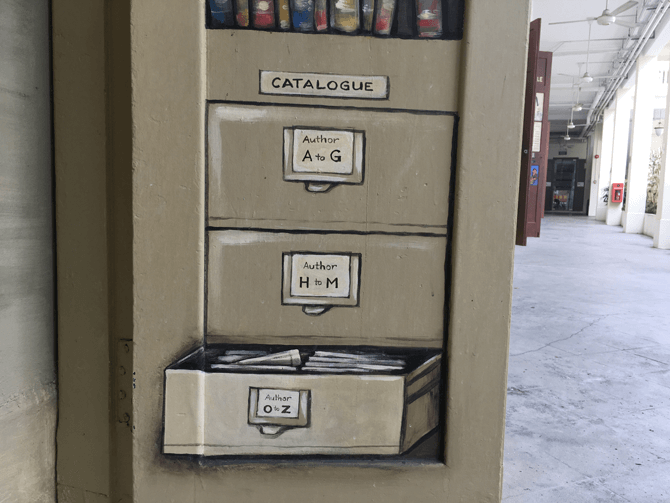 At the Old National Library mural, the catalogue file has authors from A to G, H to M and O to Z. That makes us wonder what authors with names starting with letter N ever did to the artist. The mural is set in 1983 and there are collections of books on the shelves. These include The Adventures of Tom Sawyer and The Famous Five. But if you look closer, also on the shelf is Room on the Broom. However, that children’s book wasn’t even written till 2012! Throughout the murals, artist Yip Yew Chong has left behind traces of himself. For example a student card in the library belongs to Yip Yew Chong from Raffles Institution and a Volkswagen Beetle has plates that say YIPYC. It also has a license plate SG 120169, a number that also repeats on a ticket stub, which makes us wonder whether that is his birth date.

Overall, the heritage murals at 51 Waterloo Street are a wonderful way to capture stories from the past. We are admittedly fans of Yip Yew Chong and his works such as the 40-metre long mural on the rear wall of the Thian Hock Keng Temple, and if you stop by the corridor at Waterloo Street, you might become one too.