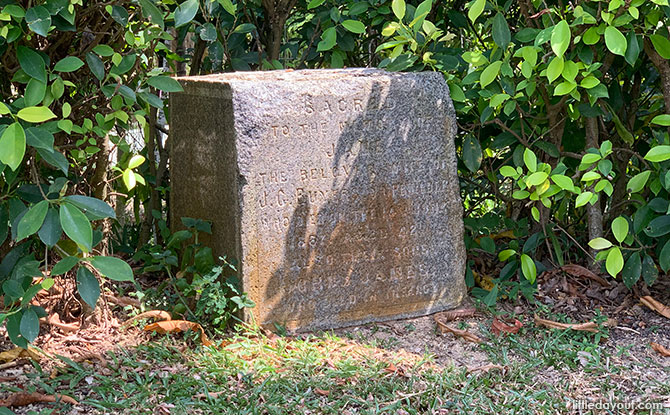 Rower’s Bay is a picturesque spot that can be found along the eastern edge of Lower Seletar Reservoir. While many may be familiar with the node and amenities at the corner of Yishun Dam and Seletar West Link, few will be aware of the gravestone of Jane Buyers at the other end of the park. 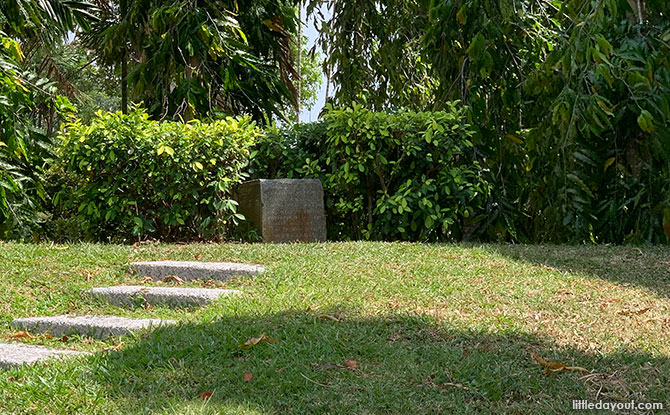 The gravestone is located along Seletar Club Road, close to the Lower Seletar Pumping Station. It can be found on a raised mound between the public toilet and the perimeter of Seletar Country Club.

The inscription on the gravestone reads,

“Sacred to the memory of Jane, the beloved wife of JC Buyers, shipbuilder who died on the 14th June 1867, aged 42. Also their sons John and James who died in infancy.”

Jane Buyers was the wife of John Craig Buyers who was originally from Sheerness, Scotland. He worked in Singapore from 1863 to 1885 as a shipbuilder. Together, J. C. Buyers and Daniel Robb had a small ship-repairing dock, which opened in August 1866, on the west side of Pulau Brani. 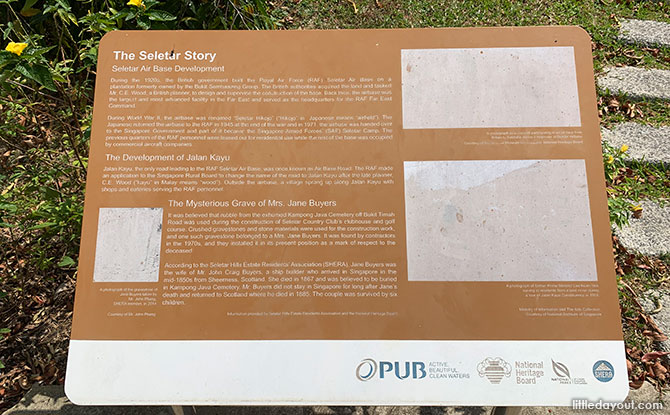 According to a informational signboard by the gravestone, it is believed that Jane Buyers was originally buried at the Kampong Java Cemetery, off Bukit Timah Road.

The gravestone is of historic significance as it is amongst the oldest that can be found in Singapore. It provides a connection back into the lives of those who came to Singapore the 19th century, albeit in an unusual location.

6 Things You Never Knew About Fort Serapong: The Hidden Ruins At Sentosa