Home Learn Parenting Expert Advice: Help, What Should I Do If My Child Is Frightened... 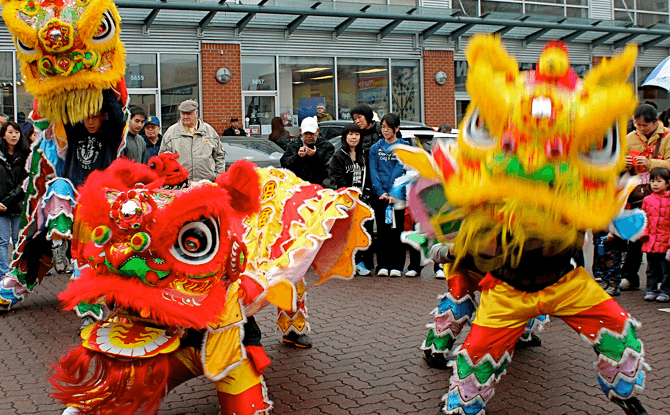 Have you ever excitedly brought your kids to watch a lion dance only to discover that they are frightened of the lions?

For every child that loves to go and pet the lions at lion dance performances, there is another who find the lions, with their large heads, furry bodies and big blinking eyes, intimidating. Coupled with the loud sound of beating drums and clang of clashing cymbals, a young child with a timid temperament may end up being scared of lion dance performances.

So, what should you do if your child is frightened of lion dance performances?

To get a practitioner’s perspective on this, we posed this question to Cyrus Lee from Lion Dance Singapore, a lion dance troupe in Singapore.

Addressing this question, Cyrus’ advice was this – focus the child’s attention on the performers beneath the lion.

He said, “From a child’s point of view, they are able to see the performer beneath the lion.”

Cyrus also suggests encouraging the child to interact with the lions with the guidance of an adult.

He said, “Once the lion is in a seated position and begins throwing out orange skin and vegetable, offer them the opportunity to ‘feed’ the lion with an adult’s hand guiding the child.”

This allows the child to directly address his or her fear of the lion.

Adding on, he said, “Occasionally, our cheeky lions will also place an orange its mouth to encourage interaction with the surrounding audience, and when the audience’s hand approaches the orange, the lion will shut its mouth and turn away. After a while, the lion will offer the orange to the audience to symbolise the lion sharing it’s ‘wealth’ (the food in the lion’s case).”

In this way, the child will hopefully see that the lions can be playful rather than frightening.

Hopefully, with these useful suggestions, your timid child can become less afraid of the next lion dance performance they attend.

READ: Where to Watch Lion Dance Performances in Singapore During CNY 2018

Bite-Sized Parenting: Instead Of “How Was School?” Alternative Questions To Ask Your Child