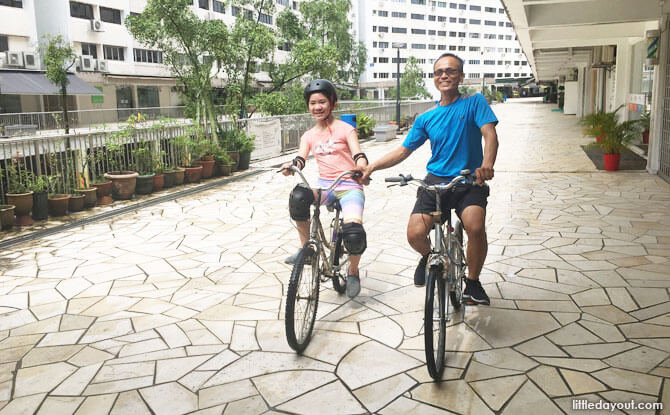 We had tried teaching our daughter how to cycle but had not been able in getting her pedaling on two wheels. This eventually led us to find our way to doors of Hon Kah Trading, the bicycle shop at the HDB blocks along Farrer Road known for providing cycling lessons in Singapore.

Edmund Lee is the resident cycling guru at Hon Kah Trading and has been teaching kids how to cycle for more than 16 years.

Getting on the Saddle 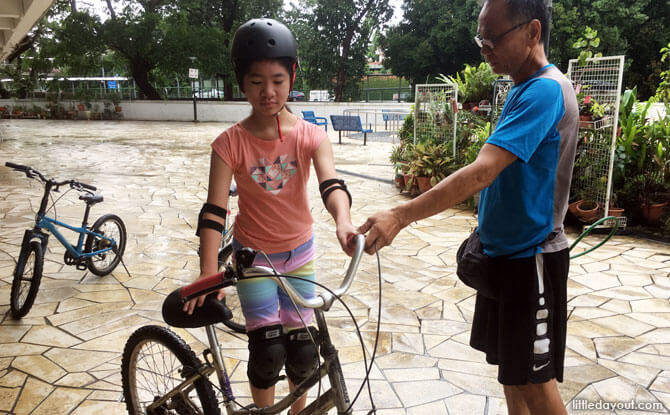 As the one-hour lesson got started, he passed our daughter a helmet and set of knee and elbow guards, for safety and a measure of confidence.

After showing her how to get on to the bike’s saddle (yes, there is a preferred way – leg over the rear wheel), he tells her to put her feet on the pedals and to start pedaling.

A Rolling Start to Cycling Lessons in Singapore

It was something of a miracle to watch what happened next.

While children can be anxious or scared about cycling, Edmund didn’t even give her a chance to hesitate or raise any objections. Instead, as he told her to pedal, he got her moving forward and steadied her bicycle as he pedaled beside her on another two-wheeler. 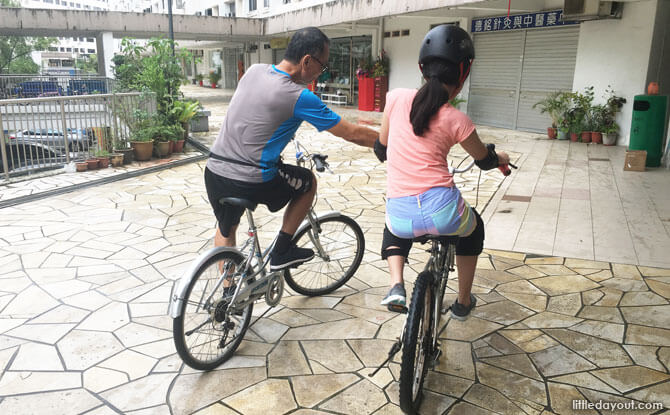 The cycling lesson had gotten off to a rolling start – literally. My daughter, who had been anxious about learning to ride, was pedalling about (with help) on two wheels. 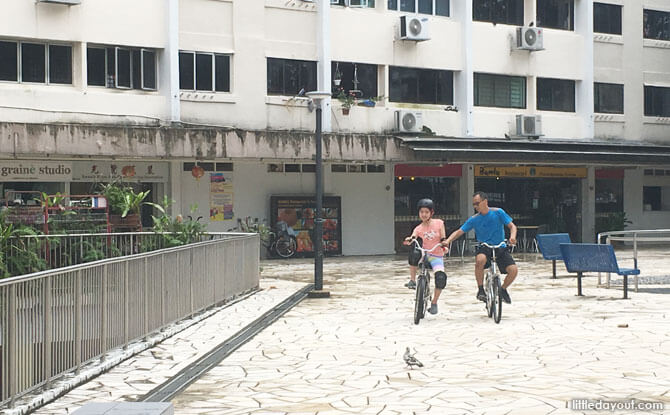 Edmund cycled in parallel with her around the courtyard several times to help her find her balance. 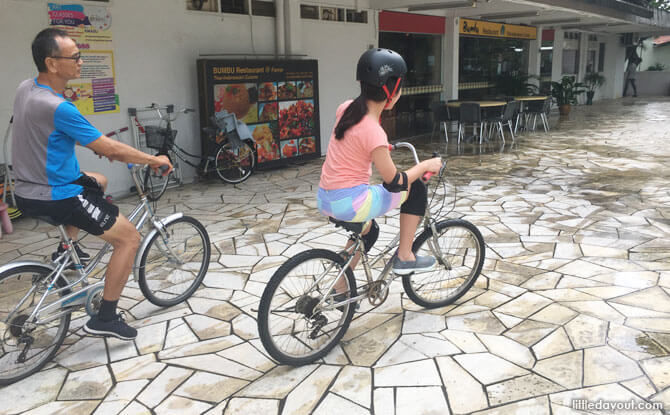 Next came a series of confidence-boosting goals she had to achieve. These began with cycling without his aid for a couple of seconds. The initial few seconds was then stretched out to longer and longer periods of time.

Amazingly, within half an hour she was cycling decent distances (at least to us) on her own.

By the end of the hour-long cycling lesson, she was able to cycle around the courtyard on her own, albeit a bit wobbly at times. Nonetheless, considering that she was not even able to balance on a bike an hour before, it was quite the achievement. 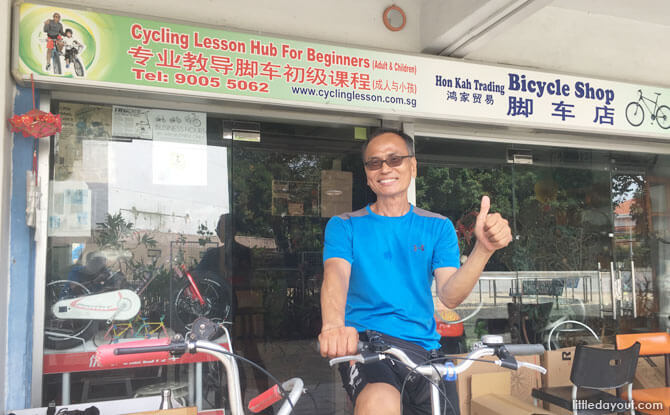 According to Edmund, results vary with different children and their temperaments. There have been children who have spent their cycling lesson crying because they were scared of falling off the bike.

However, one thing is clear – the jovial Edmund takes pride in his work and introducing kids to the joys of cycling. His years of experience in providing cycling lessons in Singapore is   evident and he speaks about “job satisfaction” when children learn to cycle under his tutelage.

And, we were happy too. In an hour, our daughter had learnt to balance and maneuver a bike. 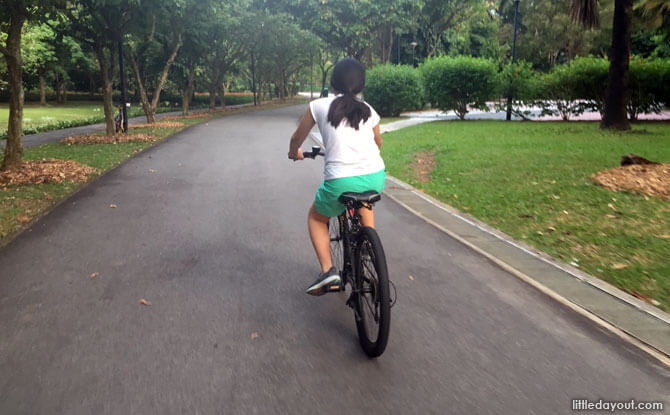 As with any new skill, practice makes perfect.

The next day, we took her out to the park to practise her new-found skill.

At first, she had some trepidation. However, drawing on what she had learnt the day before, plus some parental encouragement, she once again found her balance on the bike.

On our part, we were more than happy that the single cycling lesson at Farrer Road had paid off and with a new achievement unlocked.