Home Nature Corals In The City: Life Under The Sea At Keppel Bay Marina 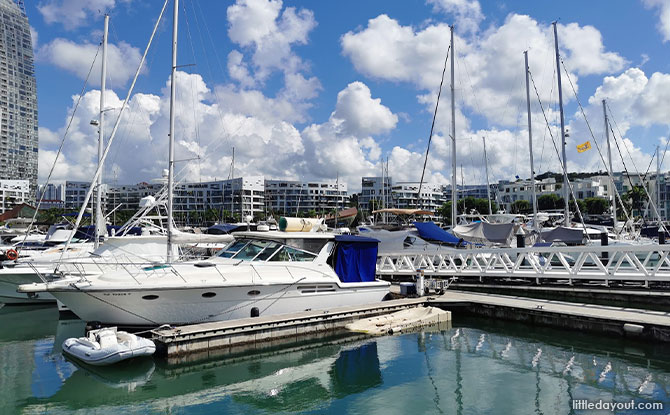 Corals in the city? For those of us who do not scuba dive nor snorkel, corals in the wild elude us. But there is a marina in Singapore that helps corals and their inhabitants thrive well and even welcome them. Keppel Bay Marina is a place where you can see a colourful display of coral and marine life at a guided tour.

Lee Kong Chian Natural History Museum has collaborated with Keppel Bay to conduct CoralWalks for the public to learn about the environmental conservation efforts at the Marina.

How Keppel Bay Enables the Thriving of Marine Life 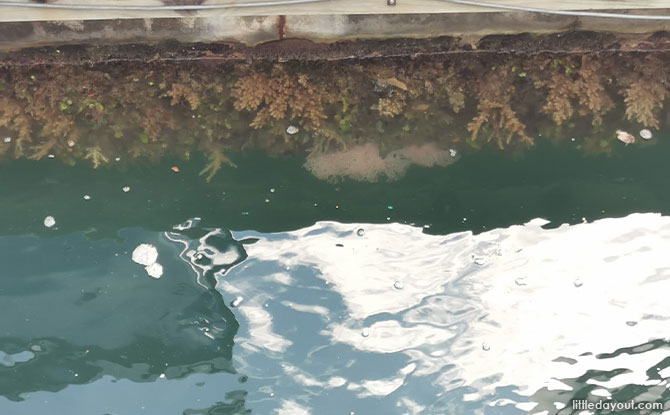 Great care was taken to conserve the site’s marine ecology and preserve healthy coral habitats. A complex pump-out system was installed so vessels can discharge sewage into a septic tank and not into the waters. As the marina is built on an open plan concept, it allows water to flow through during tide changes.

Boat owners also have to use biodegradable washing liquids and detergents for the cleaning of vessels. Any floating debris is also removed and dishing disallowed to maintain a natural balance in the ecosystem.

How were the corals cultivated? First the coral fragments were cultivated at the nursery. When grown in size and matured, the corals are transplanted at King’s Dock.

Researchers have also conducted studies on the coral reef to ensure healthy growth levels. Structures have been made on seawalls to test the growth of corals and they have shown success.

Much effort has been made to cultivate the corals at King’s Dock which is where the marina sits on.

King’s Dock was the second-largest dock in the world when it was opened in 1913. This was a testament to Singapore’s role as port. Other than being a heritage site, the area was also rich in marine flora and fauna.

During the corals cultivation site survey, Keppel Bay and King’s Dock was found to be teeming with sea life. Aside from corals, creatures like butterflyfish, common seahorse, sea urchins, the threatened Tiger Tail Seahorse was also a visitor.

The Various Kinds of Marine Life to See

Did you know that Singapore has half as many coral species as the Great Barrier Reef even though our reefs are a small fraction of its size? You can have a chance to take a peek at its diversity at Keppel Bay Marina.

While the guided walks are conducted at the floating pontoons which are accessible to boat owners and guests, the public can also take a peek at the pontoons albeit further away.

Nathaniel Soon has documented the pictures beautifully in his album here.

Seahorse, Sea fan, Feather worms, clown fish have been seen in the vibrant sealife beneath the pontoons. 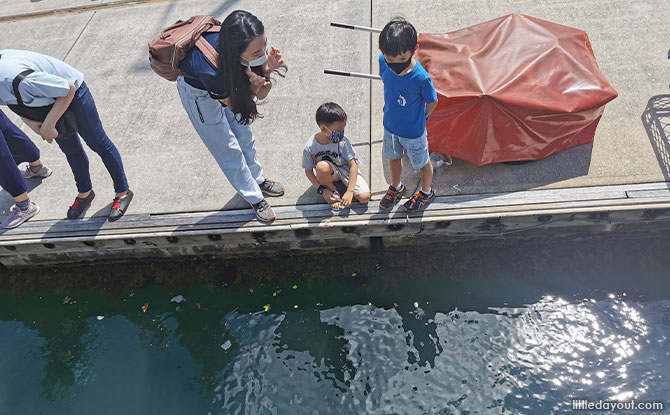 The public can sign up for the guided walks with LKCNHM volunteers. However spots are very popular and limited. The duration of each walk is one hour and there is a group for English and another for Mandarin.