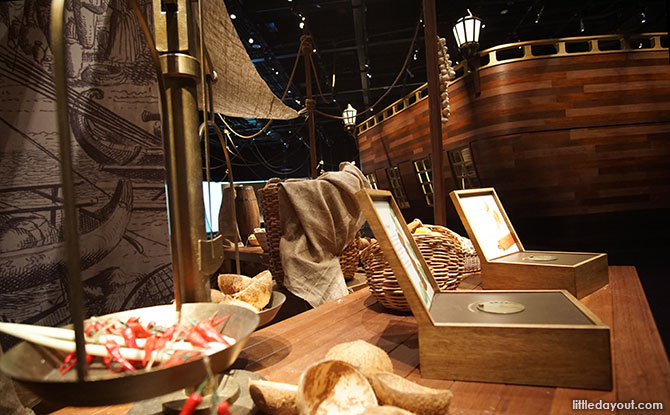 An Old New World at National Museum of Singapore takes exhibition-goers
“From The East Indies To The Founding Of Singapore” in a twist to the Singapore Bicentennial by providing a look back in time to the 200 years BEFORE 1819.

Those who have always wondered if there was a Singapore before Raffles or whether the island was truly a “sleepy fishing village”, An Old New World at National Museum of Singapore will be a long-awaited and welcomed exhibition.

The exhibition provides a glimpse back in time to the local inhabitants of Southeast Asia, or what was known as the “East Indies”, and of European seafaring explorers who came to the region in search of colonial fortune.

It features over 220 artefacts and challenges the perception that the East Indies was a “New World”. It also contextualises the arrival of the British in Singapore in 1819.

An Old New World: From The East Indies To The Founding Of Singapore is divided into seven zones with interactive stops along the exhibition route.

Meeting of the Worlds 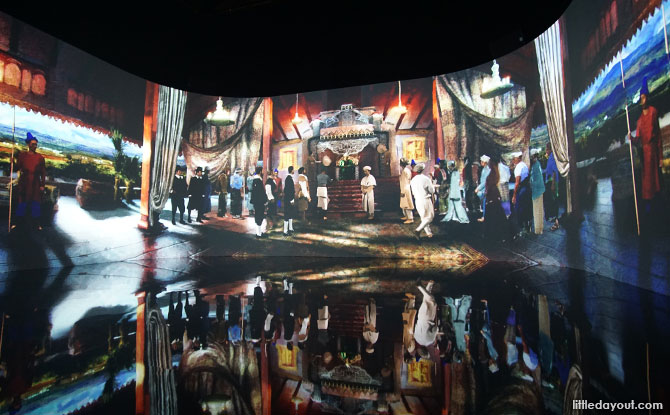 Upon entering the National Museum of Singapore exhibition, a multimedia show, Meeting of the Worlds, portrays the arrival of the English and Dutch East India Companies in Aceh in the 1600s.

The show highlights that, even prior to the Europeans’ arrivals, Aceh, a regional centre, was a thriving node in the region – both economically and culturally. 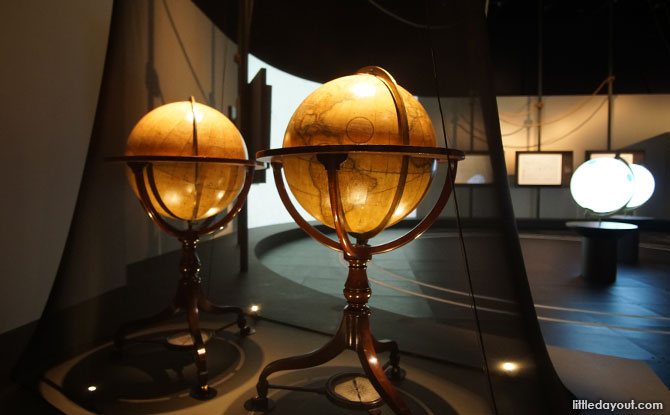 For today’s travellers, a map app on the smartphone is indispensable. It was the same back in the 17th century. However, one difference is that people had to carry around an actual paper map or chart. 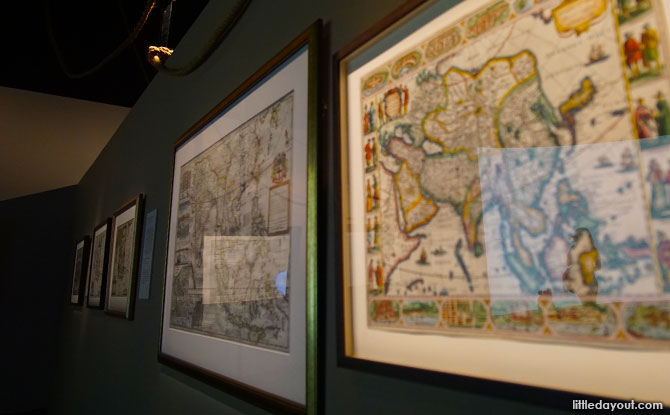 At the Mapping our World zone of An Old New World at National Museum of Singapore, there are old maps of the South East Asian region on display, including one that dates back to 1595 – created at the time when William Shakespeare was still writing our literature texts!

Even in those days – 200 years before Raffles – Singapore was already charted on maps. Try spotting the island!

Before the age of air travel, the seas were the highways of the world. 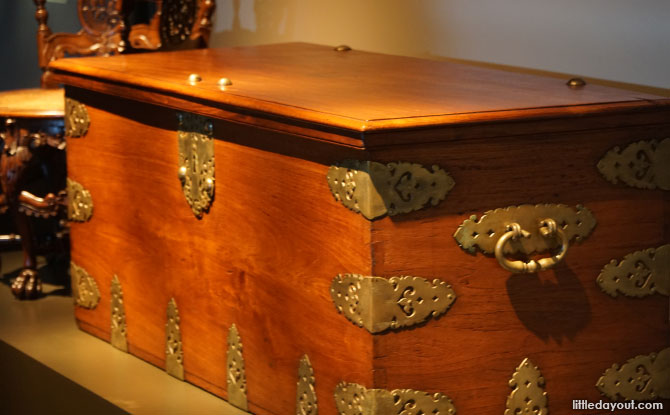 Explore how people planned and prepared for those voyages in those days in the 17th to 19th centuries. Instead of the sleek carry-on luggage with wheels that we have today, there were huge chests that probably required quite a few men to carry on to the ship once fully loaded.

Spices and Tea for the Market

What drew the Portuguese, Dutch and English to the East Indies was the lucrative spice trade. Learn more about spices in the next zone of An Old New World. There are interactive elements on various precious spices – the prized bounty of merchants and traders. 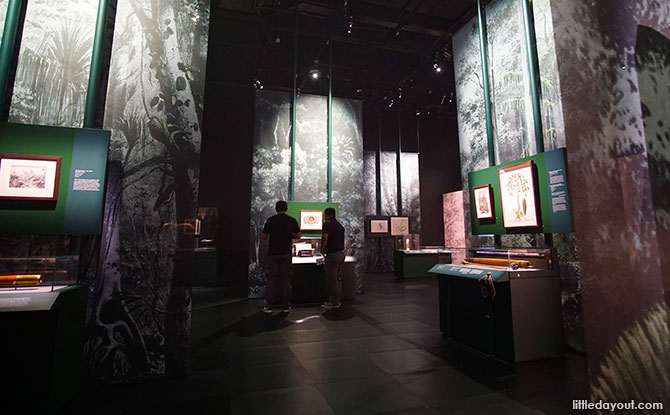 Along with the fortune-seekers came the explorers in the pursuit of knowledge. The natural environment that they found themselves in is highlighted at the Natural History zone. 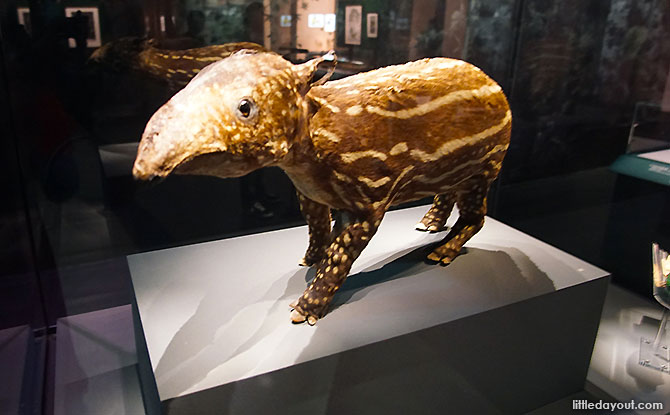 The locals played an important role as guides, sharing with Europeans traditional knowledge about native plants and exotic animals. 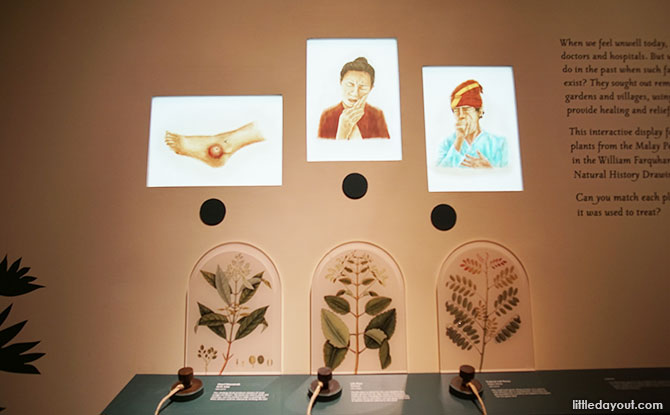 Pick up some knowledge too at an interactive panel by matching herbs and plants that were used as remedies to different ailments, including body odour!

New Landscapes and Portraits & Prelude to the Founding

The last two sections of the exhibition lead up to the British arrival in 1819. 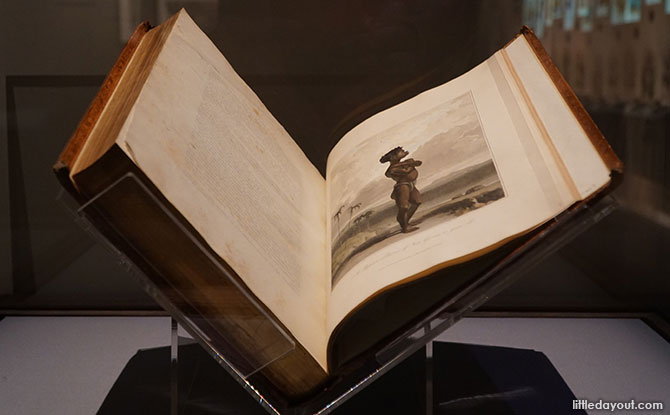 On display are artefacts from the Tang Holdings Collection, including Raffles’ own copy of The History of Java, published two years before his arrival in Singapore. 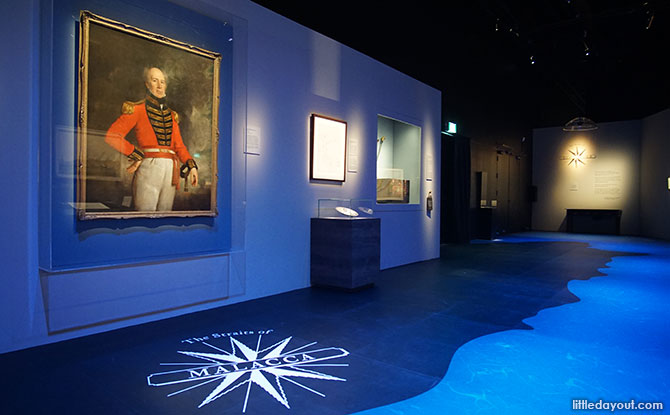 There are also other personal items belonging to both Farquhar and Raffles on display. 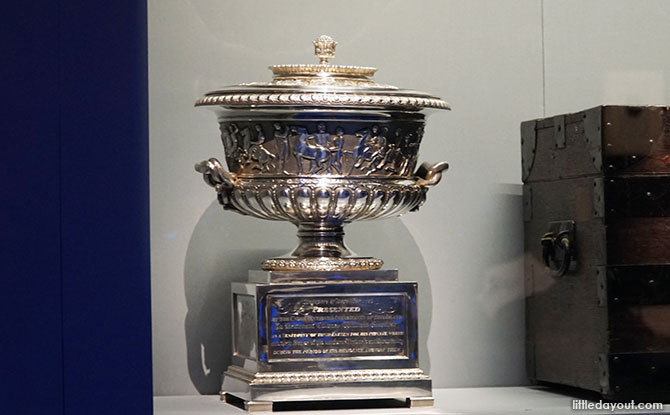 Highlights include a Presentation Cup that was given to Farquhar when he left Singapore in 1823, and private letters that Raffles wrote to his mother.

Activities for Families and Young Audiences 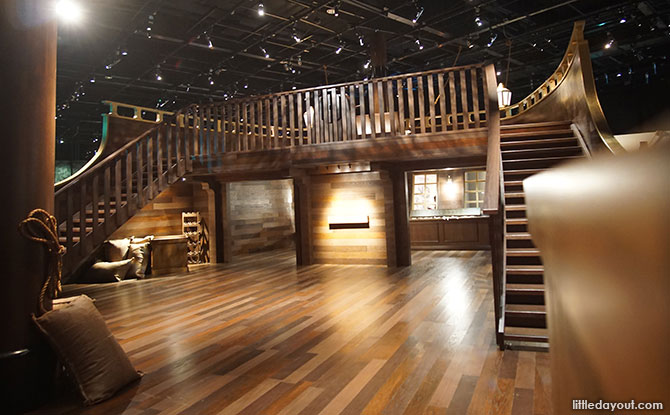 Within the exhibition area, there is an almost-to-scale mock-up of the stern of an East Indiamen ship. On board, find out more about life would have been like on a long voyage, back in the day. 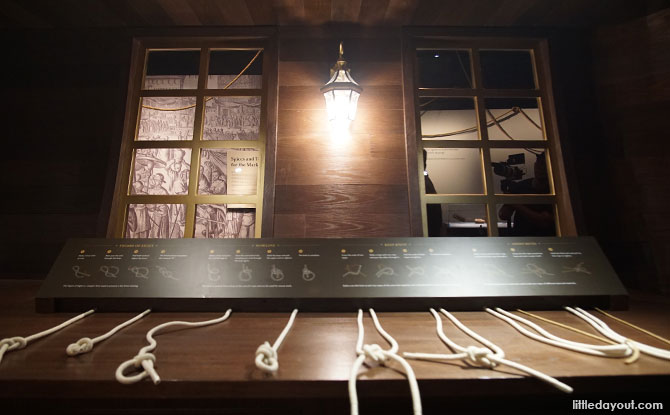 Be “knotty” and learn how ropes are tied or pretend to steer the ship’s wheel. Families can also pick up a children’s activity guide in this space.

Together with the opening of An Old New World: From The East Indies To The Founding Of Singapore on 21 September 2019, National Museum of Singapore will be presenting public programmes on the exhibition’s opening weekend. Activities include storytelling sessions and drop-in craft workshops.

An Old New World: From The East Indies To The Founding Of Singapore, 1600s – 1819 runs at the National Museum of Singapore’s Exhibition Galleries in the Basement from 21 September 2019 to 29 March 2020.

Admission is free for Singaporeans and Singapore Permanent Residents.

An Old New World: From The East Indies To The Founding Of Singapore, 1600s – 1819, National Museum of Singapore