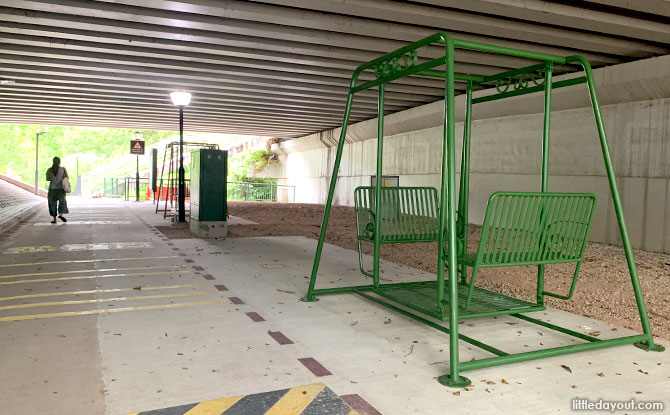 The Alexandra Queensway Park Connector provide a link between two parks, the Alexandra Canal Linear Park and HortPark. From the looks of it, it will be an essential connection on the Round Island Route, providing a link between the eastern and central parts of the route to the western route. 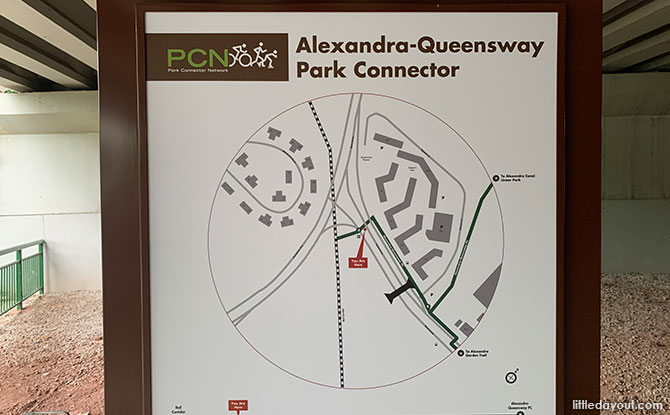 The Alexandra Queensway Park Connector starts at Commonwealth Avenue, at the MRT line. It picks up from where the Alexandra Canal Linear Park leaves off at the Dawson estate.

The park connector then runs through one of Singapore’s oldest public housing estates at the Meiling Street area, following Mei Chin Road in parallel, past the Queenstown stadium towards Queensway but alongside the canal.

With the good food at Meiling Street so close by, you might well be tempted to take a short detour from the Alexandra Queensway Park Connector and head over there for a bite. 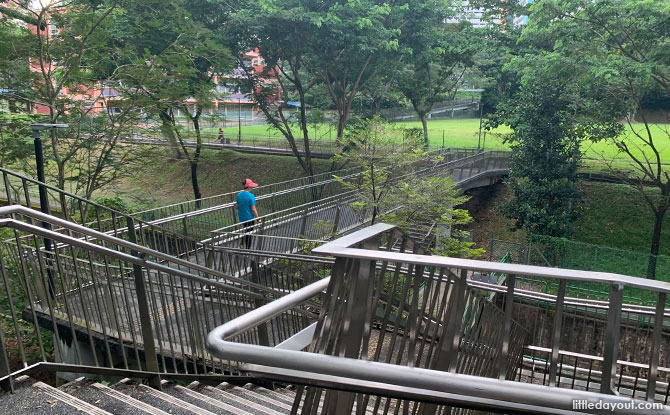 This eventually heads past Queens Close where one of the landmarks is the Skybridge. 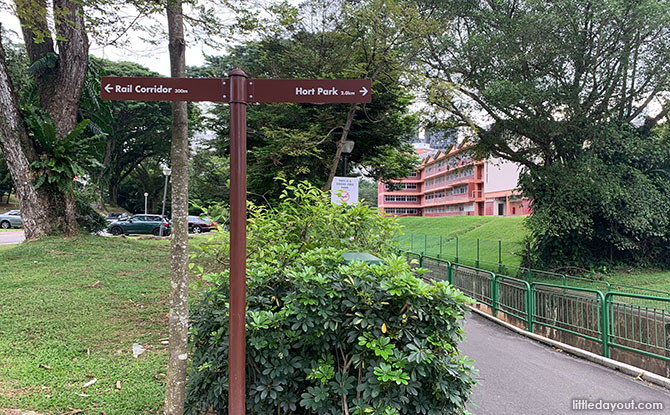 Eventually as Queensway, there is the option to turn right and head under the flyover at Queensway to connect with the Rail Corridor.

Swings Hidden Under the Bridge along the Park Connector

A surprising find awaits under the bridge at the southern end of the park connector, just before the Rail Corridor. There are two swing sets, the type that you’d find in a garden. These swing sets offer some respite for those who may be on a long journey, cycling or walking.

The entire length of the Alexandra Queensway Park Connector is 2.3 km.