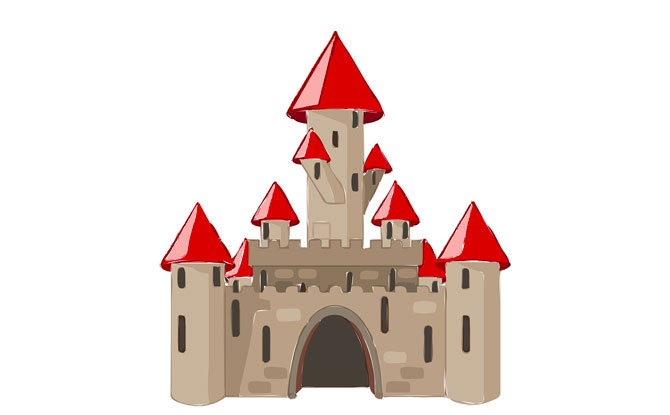 What do you think of when you see a castle? Some people think of knights, others think of royalty. There might even be associations with the various rooms and even the secrets that lie in the dungeon. For us? We think of some pretty great castle jokes. Here are some funny castle jokes to know. 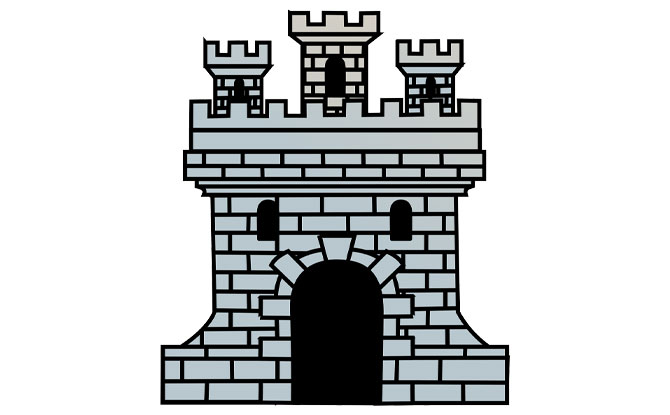 1. How do princes and princesses rent castles?
Heirbnb.

2. What do you call a castle of silly people?
A kingdumb

3. What do you call a security guard in a jumping castle?
A Bouncer

5. How long does it take to build a castle?
A Fortnight

6. Why was the bouncy castle so expensive?
Due to the cost of inflation

7. What is grey, has wings and is a terrible swimmer?
A castle.

8. What happens when Mario parks his car outside the wrong castle?
He gets Toad

9. Why didn’t the sun ever shine on the castle?
It was full of knights.

10. What do you do after you make a rough castle on the beach?
You sand it.

11. What do you call a chess blunder where you lose your castle?
A Rook-ey mistake.

12. What did the giant say to Jack when he caught him sneaking around his castle?
“Have you bean stalking me?”

13. Why did the king leave his castle and go to the dentist?
To get his teeth crowned

14. Why was the medieval architect always going to the beaches?
To build the perfect sandcastle

15. Why couldn’t Jack, from Jack and the Beanstalk, go up to the castle in the sky anymore?
He’s already bean there

16. Why is chess a very popular game among Kings and Queens?
There are castles in it.

17. Why do Castle doors have their locks so far above the ground?
So you need the higher-key

18. What was the name of King Arthur’s faithful sidekick who would go through the castle in the evening reading stories and tucking everyone else into bed?
Knighty Knight

19. What has wings but cannot fly?
A castle.

20. The prince, after a long and arduous battle, slew the dragon. He then ascends the mountain to an ominous castle holding the damsel. The prince makes his way to her room to rescue her. He enters and asks: “What’s your wifi password?”

21. The king took a risk by moving the meat store to the top of the castle’s tower. The steaks are high.

22. I tried reading a book about a castle with the drawbridge up, but I couldn’t get into it.

23. I once had an uncle who fell off the roof of a castle. He didn’t die, though. He got de-moat-ed.

24. A vampire comes home, covered in blood.
“Hey! Looks like you found something great. Where’ve you been?” asked the other vampire. “Well, do you see the tree outside the castle?” “Yeah?” “Well, I didn’t”

25. Dracula had to move out of his medieval castle for a couple of weeks because it was getting re-vamp-ed!

26. Medieval Kings and Queens were afraid of the rain in the middle ages because the rain would storm the castle.

28. Bought a castle with a device to fill the gap under the drawbridge. It’s a remoat control.

29.”Think before you jump,” I said, my palms sweating. “It might not be the right decision…” “You take bouncy castles too seriously,” my daughter replied.

30. Medieval castles would have been great hangout spots in modern times because they had a great knight life!

31. A group of tourists is visiting the remnants of an ancient castle. One tourist said to their guide: “I’m afraid. I think there might be ghosts here!” “Don’t worry,” said the tour guide “I’ve lived here for 300 years but I’ve never seen any ghosts.”

32. A knight and his men return to their castle after a long hard day of fighting. “How are we faring?” asks the king. “Sire,” replies the knight, “I have been robbing and pillaging on your behalf all day, burning the towns of your enemies in the west.” “What?!” shrieks the king. “I don’t have any enemies to the west!” “Oh,” says the knight. “Well, you do now.”