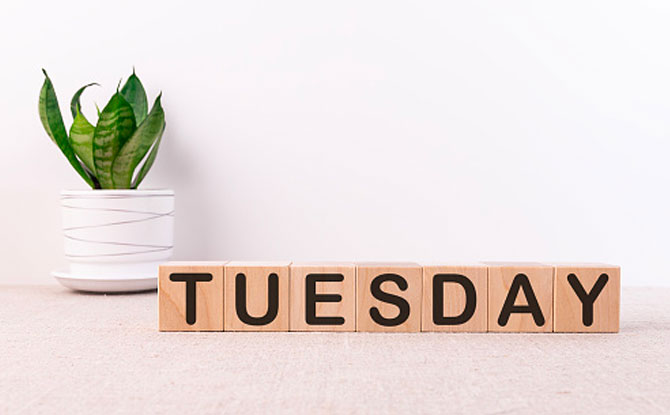 Tuesday is a good day because it is the day of the week when most people are available to do things. The word “Tuesday” comes from Old English “Tiwesdæg” and means “Tiw’s Day.” Tiw was the Anglo-Saxon name for Tyr, a one-handed Norse god of war. He is equivalent to Mars, the Roman god of war. To make the day even more fun, here are some Tuesday jokes that you can tell your friends and help you to get you through the rest of the week.

Tuesday Jokes To Choose To Tell Your Friends 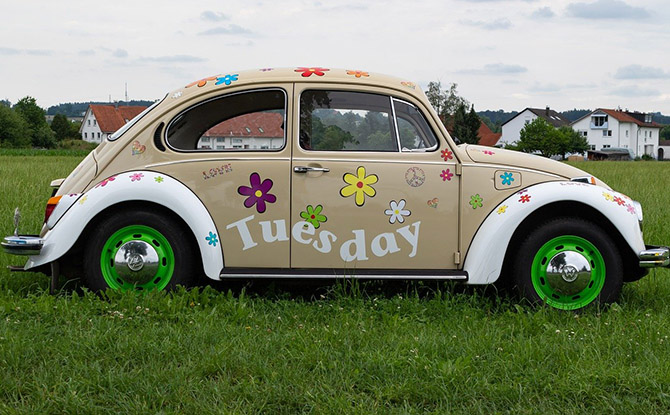 1. Why were Taco Tuesdays introduced?
Because they wanted to give us something to taco ’bout the whole week.

2. Why do you often see fewer aeroplanes in the sky on Tuesday?
Because after a long weekend, they’re supposed to Tuesday grounded.

3. What is common between eggs and Tuesday?
One can make a scrambled breakfast and the other can scramble your week.

4. Why are Sundays stronger and more powerful than Tuesdays?
Because Tuesday is just a weak-day.

5. Why did taco cry on a Tuesday when it was supposed to be happy because it was Taco Tuesday?
Because a nacho said to it, “I am nacho friend anymore”.

6. What do Tuesdays always love to do?
They like to put the blame on Mondays.

7. What sounds better than a ‘happy Monday’?
A very ‘happy Tuesday’ indeed.

8. Why shouldn’t you eat a kids meal on Tuesdays?
You shouldn’t eat a kid’s meal on any day because their mother will get angry with you!

9. Why did Pooh like Taco Tuesdays?
Because they help in enhancing his roundness for the rest of the week.

10. Why couldn’t Tuesday have fun with his friends?
Because he could never see the weekend from there.

11. What is the worst day for a loaf of bread?
Toast Day

12. What do you do when Tuesday is standing outside your bathroom door?
You let it sink in.

14. Why can’t you change the decision of a seal saying ‘Tuesdays are the best’?
Because it is a seal of approval.

15. Why didn’t the eggs go to school after Tuesday?
They were all eggs-hausted and were afraid of the following day – the Humpty day!

16. Why were my neighbours walking barefoot in their garden?
Because they were celebrating open Toesday!

17. How do you keep the dreams alive on Tuesdays?
By hitting the snooze button.

18. How do tacos share stories about their scary experiences up until Tuesday?
“and then came the savior, Tuesday!”

19. What did the weeks say to the boy when he was really worried about Tuesday?
“Don’t worry, Friday is on its way”.

20. How many days did it take for Sunday to reach Wednesday?
Twosday.

21. What did the employees say to the boss when he could find them on Tuesdays?
They smiled at him and said, “Good employees are just hard to find, especially on a week day”.

22. What did dad say when mom asked him to get groceries alone?
He said, “It’s Twosday, you’ve got to come along with me.”

23. How do you make a Tuesday better?
You can Choose(Tues)day and just go with it until Friday.

24. Why didn’t ‘Get up and Go’ arrive at the party on a Tuesday?
Because he ‘Got up and Went’ somewhere else.

25. What does a clean Tuesday symbolize?
A cluttered next weekend!

26. What does Taco Tuesday say to Dunkin Donuts?
I have fillings too.

27. How do you mark the day when the baby chews food for the first time on Tuesday?
You call it a ‘Chewsday’.

28. What is the best Tuesday motivation?
Thinking that there is a taco, out there in the universe thinking of you too!

29. Why can’t the kids take a ferry to school on Tuesday? Because they have Tuesday(to-use-da) roadway to reach the school.

31. What is a stuttering ballerinas favourite day of the week?
Tu-Tu Tuesday 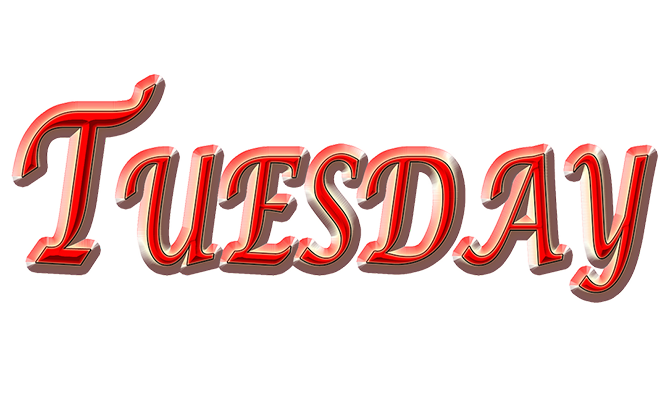 Tuesdays are considered to be lucky days in many cultures, including the United States, where the day is often associated with good fortune. In the United Kingdom, Tuesday is considered to be an unlucky day, particularly when it comes to love and relationships. Whatever the case, have a laugh on Tuesdays with more funny Tuesday jokes and puns.

32. How can people like Tuesday?
By thinking that it is the farthest from the coming Monday.

33. What do a Tuesday morning and a stress ball have in common?
They both are less busy than a Monday morning.

34. What does it mean when you wake up on Tuesday morning?
That you made it though another Monday!

35. What is the case of a bad Monday called on a Tuesday?
It is just a pre-existing condition.

36. Why did the vegetable salad say to a fruit juice on a Tuesday morning?
“They say it is our day, TossedDay!”

38. Why did the employee leave the office on a Tuesday morning?
Because his boss said, ‘Have a good day’.

39. When did Sherlock Holmes solve the mystery?
On a Cluesday.

40. Why did the employee worry about his Friday being ruined?
Because it was still Tuesday morning.

41. When should you never annoy a lawyer?
On a Suesday.

42. Why are mints necessary for meals during Tuesday mornings?
Because they back you up with an encourage-mint to reach the weekend.

43. Why was everyone looking for Lipton?
It was Teasday.

44. What do you call a Tuesday for people who forget to set their morning alarm clock?
Snooze-day.

46. Which day of the week do golfers like the most?
Tee-sday

47. Why did the Mexican restaurant get such a great review on Tuesday night?
It was nacho average Taco Tuesday!

48. What did the executioner say on a Tuesday morning?
It’s time to beheaded to work.

49. On which day of the week is it the hardest to lie?
Truthsday.

Hilarious Tuesday Jokes To Laugh At 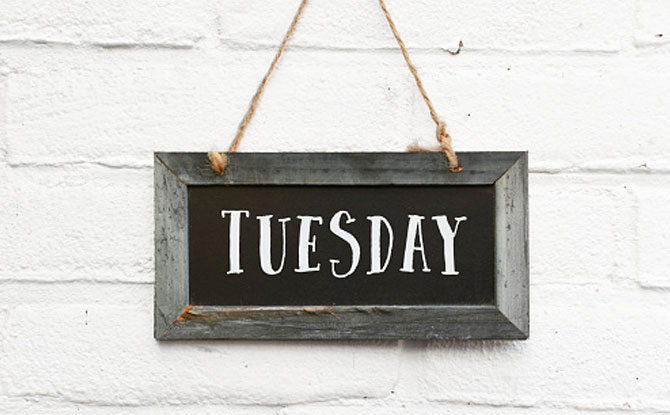 Midweeks can be stressful but don’t fret, on top of these funny jokes and it being a few days closer to the weekend, here are some of the great Tuesday jokes to know.

50. I think Taco Tuesday sets a bad example for children.
They need to grow up knowing that they can eat tacos every day of the week.

51. Diamond: Hey, Ruby, did you hear that I’m getting embedded into a statue next Tuesday?

Ruby: But we were going fishing on Tuesday! You sure you can’t change the date?

52. So it’s pancake Tuesday today. That surely crepe’d up on us

The man replies, “It’s a family tradition. We always wear pork pies on our heads on Tuesday.”

The barman remarks, “But it’s Wednesday.”

Sheepishly, the man says, “Man, I must look like a real fool.”