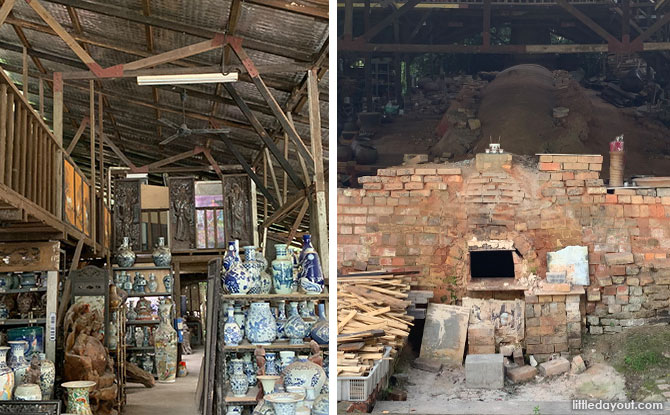 Thow Kwang Pottery Jungle can be found at the fringe of Nanyang Technological University along Jalan Tawas, off Jalan Bahar. Stepping inside, you will feel as if you have been transported back in time and to a different place.

The business dates back to 1965. Thow Kwang Pottery Jungle was started by Tan Kim Seh and it is now being run by the third generation of the family.

One of the most significant pieces of heritage that can be found at Thow Kwang Pottery Jungle is the Dragon Kiln, one of two remaining in Singapore. This is a traditional wood-fired pottery kiln that was built in 1940. It has been owned by the Tan family since 1965.

In 2020, the Thow Kwang Dragon Kiln received National Heritage Board’s “The Stewards of Singapore’s Intangible Cultural Heritage Award” which recognises those who promote and help to keep traditional practices alive.

The Thow Kwang Dragon Kiln only fires occasionally. The schedule is updated on their Facebook page. There are Dragon Kiln tour packages available too.

However, there is more to explore at Thow Kwang Pottery Jungle. 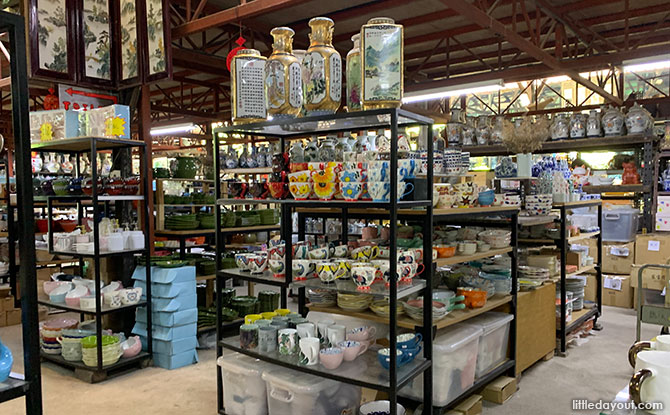 Thow Kwang Pottery Jungle is filled with pottery pieces. In one building, closer to the entrance, there are smaller pieces. 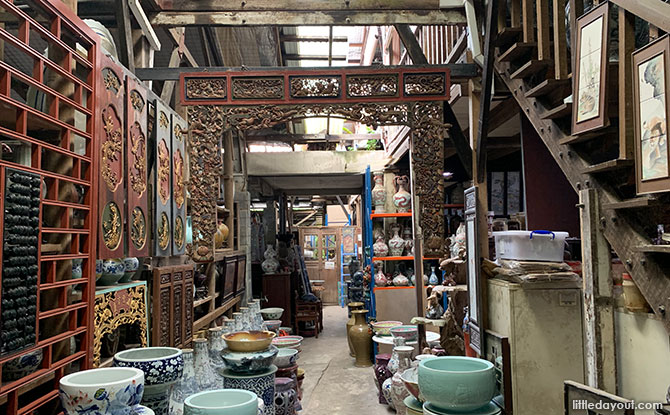 Heading further back, you will find yourself surrounded by large scale pottery pieces.

It is best to tread very carefully, with so many fragile pottery pieces all around, especially since some of the floors which the pottery pieces are placed on are made of wood. Families with children would want to keep and eagle-eye on them.

In addition, the building in which all the pottery is stored is fascinating too. Made from wood, it feels like it has stood there for decades – which it probably in fact has. 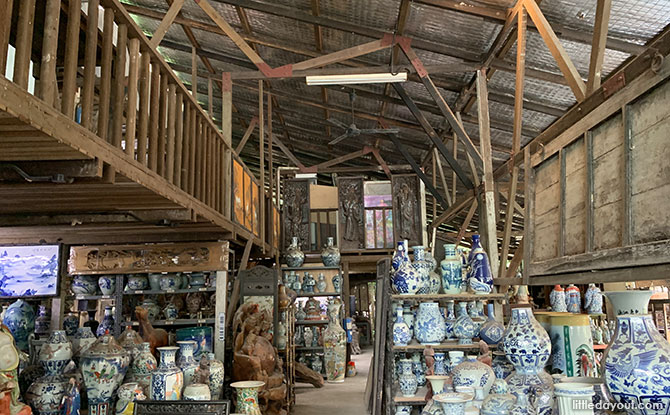 Another section of Thow Kwang Pottery Jungle is filled with wood carvings and pieces. 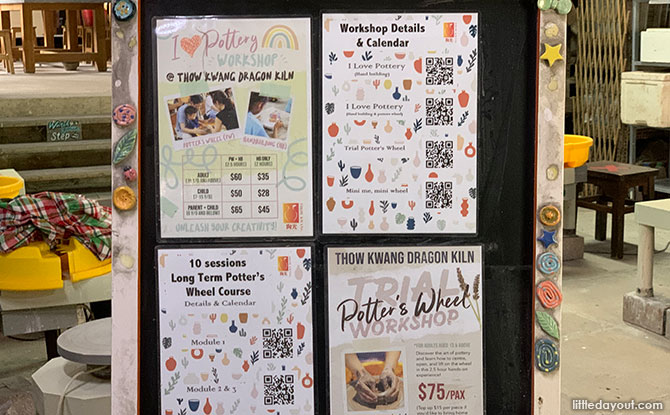 Thow Kwang Pottery Jungle is located at 85 Lorong Tawas, Singapore 639823. It is next to the Jurong Eco-Garden.

LUMOS MOOD: Transform Your Room Into A Galaxy Of Stars