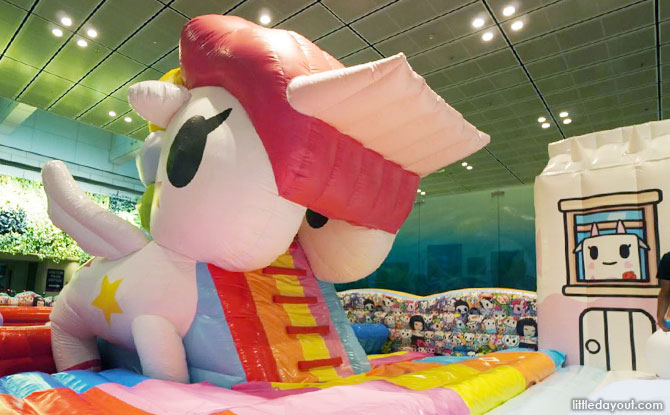 A huge inflatable playground with trampoline donuts and the world’s largest Unicorno slide at five-metres tall are part of the whimsical fun that awaits at tokidoki at Changi Airport during the March 2019 school holidays and beyond.

From 15 March till 1 May 2019, fans of the cute and colourful world of tokidoki have much to look forward to at Changi Airport latest event. 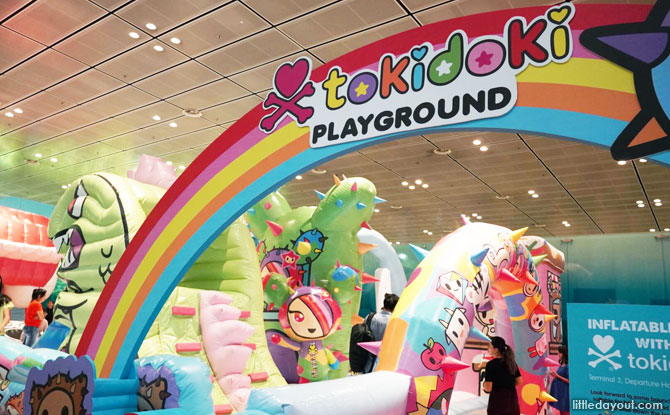 If you have ever dreamt of sliding down a rainbow, here is your chance. 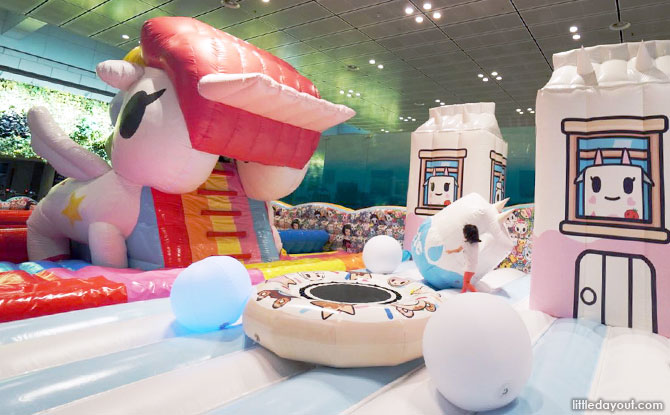 The tokidoki inflatable playground at Changi Airport Terminal 3 is every unicorn fan’s dream. Found at the T3 Departure Hall, close to Check-in Row 11, this centrepiece of the World of tokidoki at Changi Airport is suitable for both kids and adults. That means more fun for everyone and families can have fun playing together. 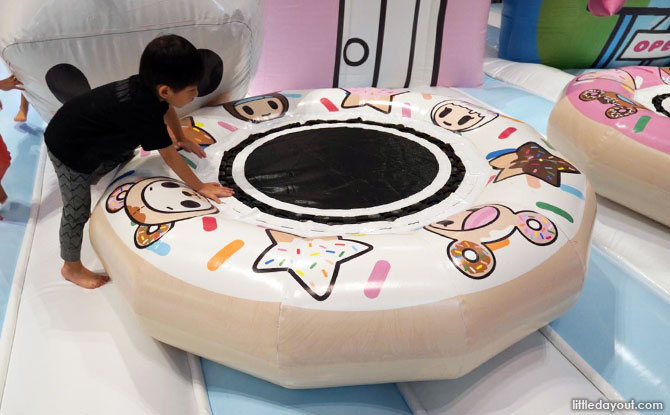 Jump on to the bouncy donuts and feel free to dive into the giant ball pool where cute tokidoki characters await. 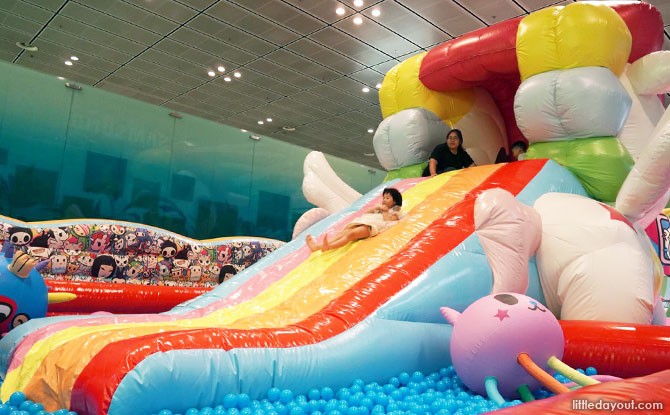 To redeem an activity pass to the tokidoki inflatable playground, present a maximum of two same-day receipts with a minimum spend of $60 (or $80 at supermarkets) from Changi Airport Public Areas Retail or F&B stores. Each pass admit one person. Participants below 4 and height of 0.8 metres must be accompanied by an adult. 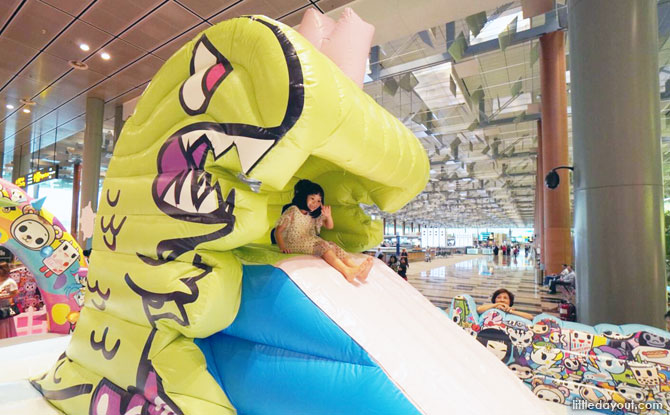 The tokidoki inflatable playground at Changi Airport is open from 12 pm to 11 pm during the March 2019 school holidays, on the Saturdays and Sundays between 30 March and 28 April, and on 19 April and 1 May, which are Public Holidays.

Between 29 March and 26 April 2019, the tokidoki inflatable playground is open from 6 pm to 11 pm on Fridays and the eve of Public Holidays. 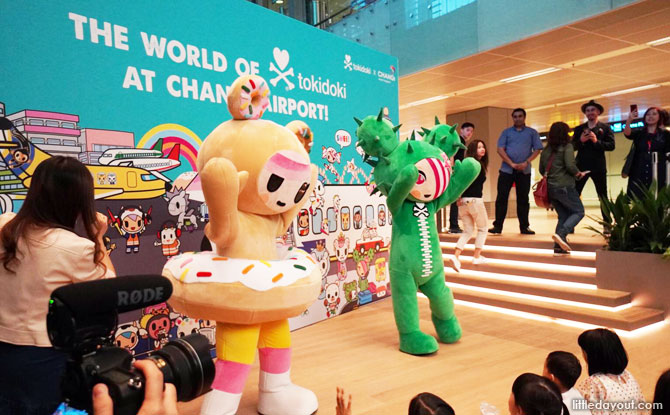 Get to meet Donutella and SANDy in person at Changi Airport’s tokidoki meet-and-greets during the March 2019 school holidays. 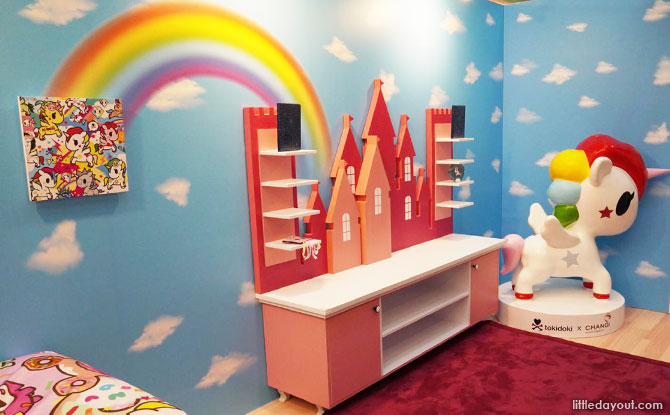 Also be sure to visit the tokidoki show flat at Basement 2, Changi Airport Terminal 3. 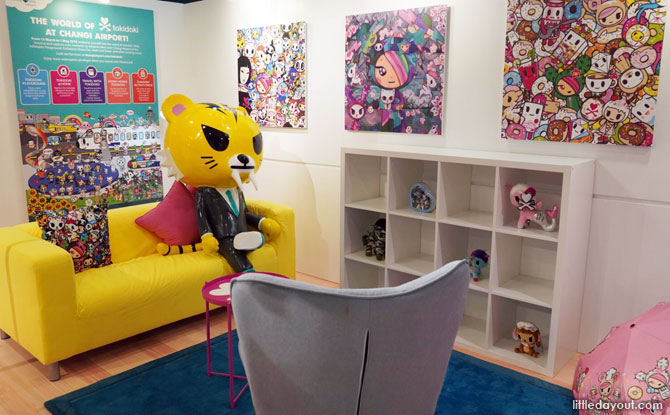 Open from 10 am to 11 pm between 15 March to 1 May, the tokidoki show flat will present plenty of opportunities for memorable shots with characters like Donutella, SANDy, Salary Man, Latte and Stellina. Entry to the Changi Airport tokidoki show flat is free. 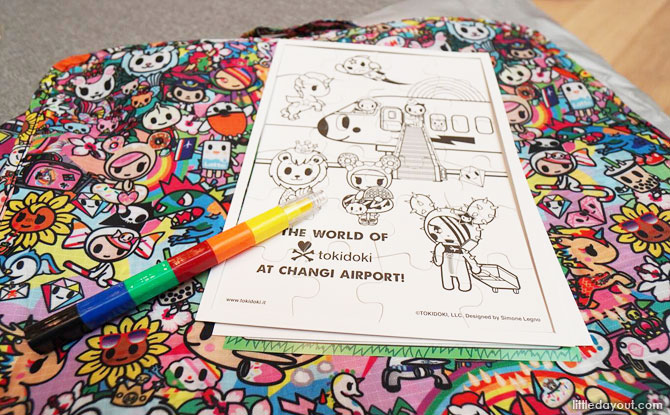 Kids who dine at participating F&B outlets around Changi Airport’s four terminals will also receive a free tokidoki activity and sticker pack. These are available on a first-come-first-served basis, while stocks last, at restaurants such as PappaMia, Saboten, Swensen’s, Nando’s, Ramen Champion, O’Coffee Club, Old Street Bak Kut The and Andes by Astons. 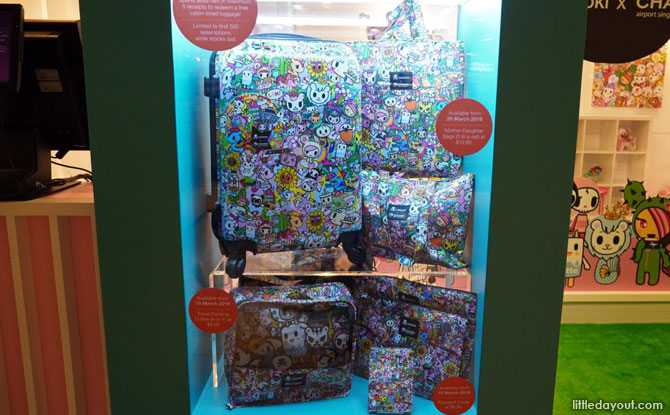 The World of tokidoki at Changi Airport 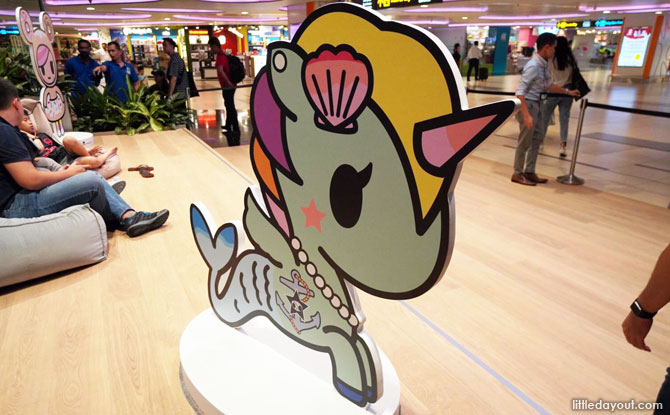 Head down to tokidoki at Changi Airport during the March 2019 school holidays and beyond to experience the cute world of tokidoki in living colour.