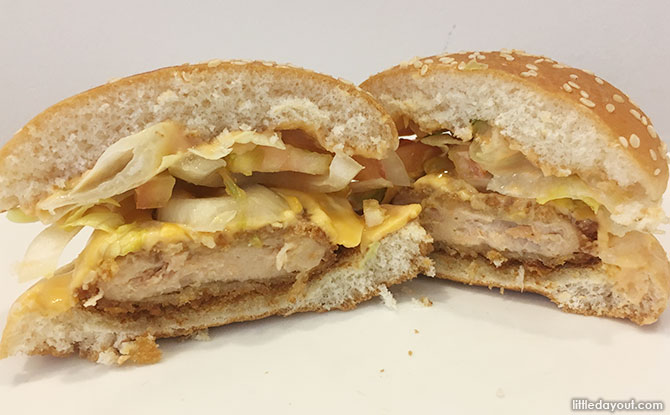 Curious to find out what the Mentaiko Burgers at Burger King tasted like, we made our way to our nearby Burger King outlet to pick up the pair of burgers for a taste test.

A Mentaiko Burger meal costs $6.90. Burger King also has a bundle which we picked up. The Mentaiko Burger bundle consisted of a choice of burgers (we got one Salmon Mentaiko and one Double CHICK’N CRISP), two Sjora drinks (either Mango Peach or Strawberry Kiwi) and a Four-Tune Box for $18. 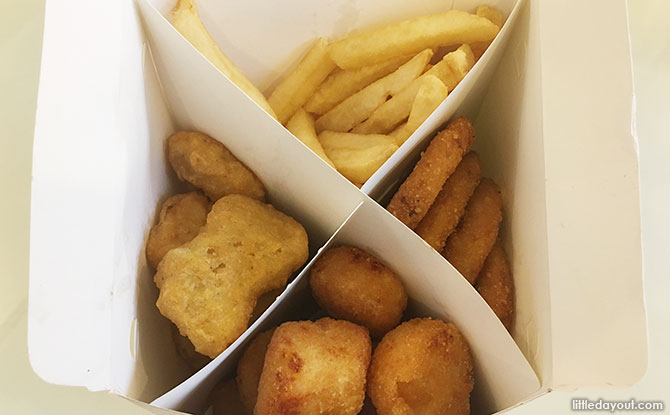 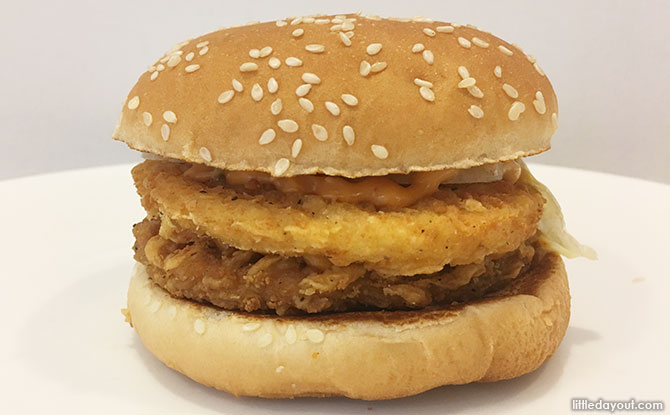 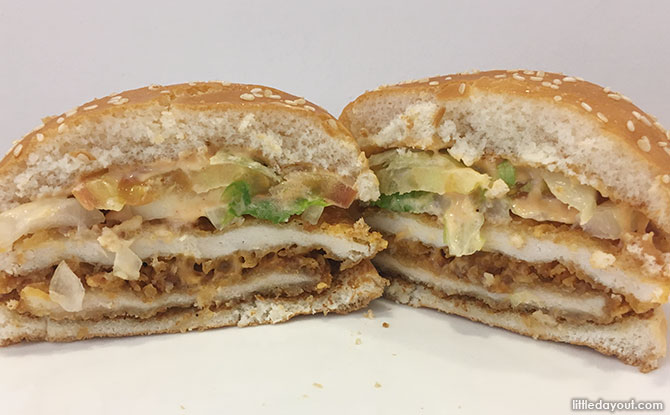 The Mentaiko sauce was rather mild. At first, our first reaction to it was “oh no, not again”, a carry over from our taste test of the McDonald’s Salted Egg Yolk Loaded Fries, however, after a few more bites, we found that the vegetables in the burger helped to balance off the taste. If anything, the fresh onions added to the flavour of the burger. 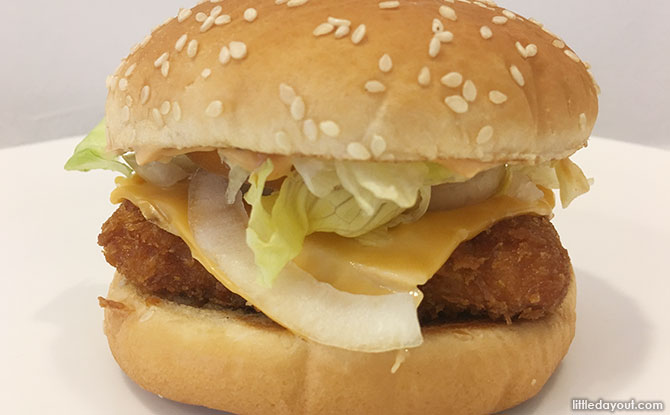 Next, we moved on to the Mentaiko Salmon Burger. Thankfully, this time around, the salmon patty was thicker than those found in the Mentaiko Double CHICK’N CRISP Burger. We were hoping for the patty to have flaky texture (like the patties in Yoshinoya’s Salmon Bowl) but sadly it was not to be. 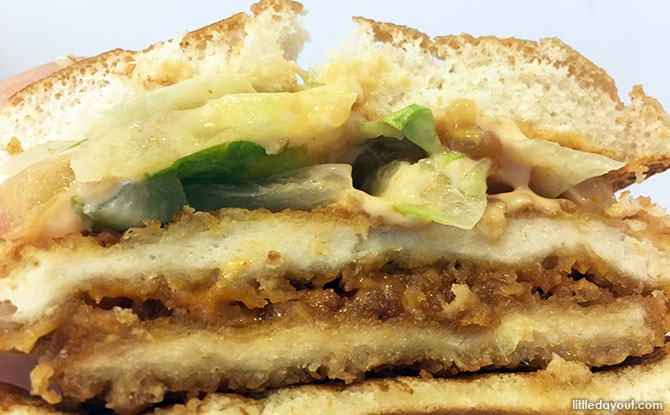 What irritated us the most was that the bun on the burgers started to crumble as we handled it. Come on, it’s just the bun… how could that go wrong?

We were looking forward to trying out the Mentaiko Burgers At Burger King and, in that respect, our curiosity had been satisfied even though our palate had not.