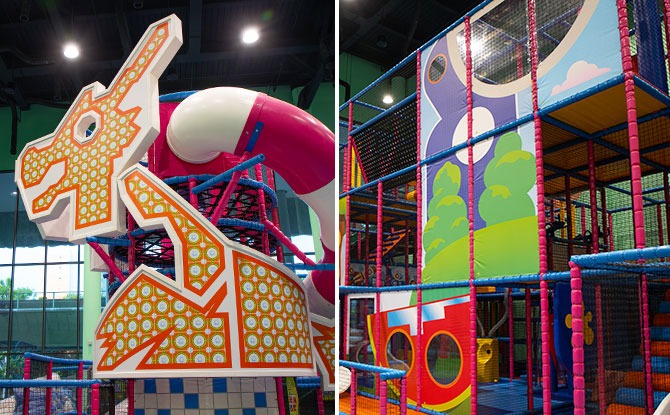 Something new has opened in the north of Singapore – T-Play at HomeTeamNS Khatib is an indoor playground infused with local flavour.

The HomeTeamNS Khatib indoor playground was developed in partnership with The Intan, an award-winning Peranakan home museum at Joo Chiat Terrace.

Icons of Singapore in a Playground 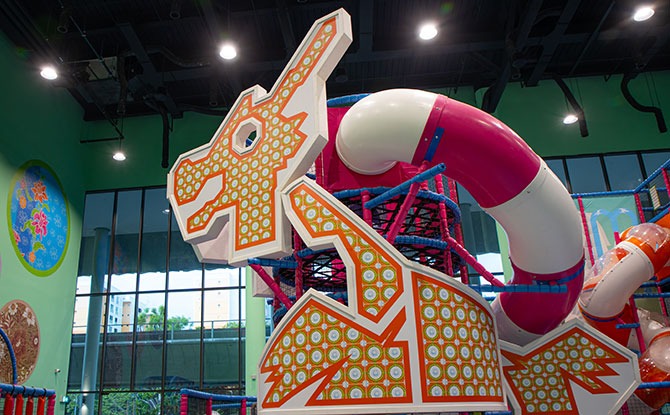 The most eye-catching feature of the playscape at T-Play at HomeTeamNS Khatib is the towering tribute to the iconic Toa Payoh Dragon Playground. Behind the unmistakable orange dragon façade is a red and blue tower which kids can climb up before sliding down an enclosed tube slide. 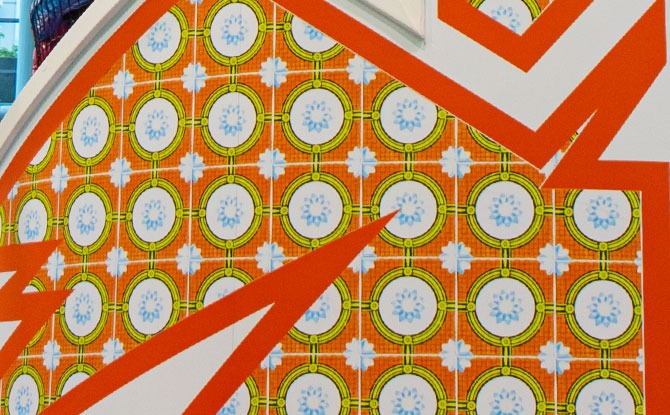 As a nod to Singapore’s Peranakan heritage, instead of the mosaic which covers the original dragon playground, the version at T-Play HomeTeamNS Khatib is covered in an eye-catching Peranakan tile motif. 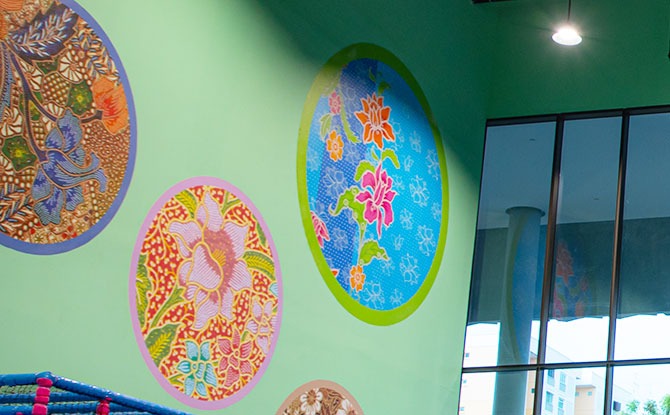 The Peranakan theme is also present in the round floral murals on the wall which look reminiscent of exquisite Nyonya needlework.

Next to the Dragon Tower, kids can scramble up and down a three-storey climbing frame. The playscape is filled with padded corridors, bridges and ramps for kids. There is also a fun foam ball shooting arena for kids to have fun mock battles with others.

Adding a local touch to the blue-and-red playframe are the images of Singapore icons on its exterior. 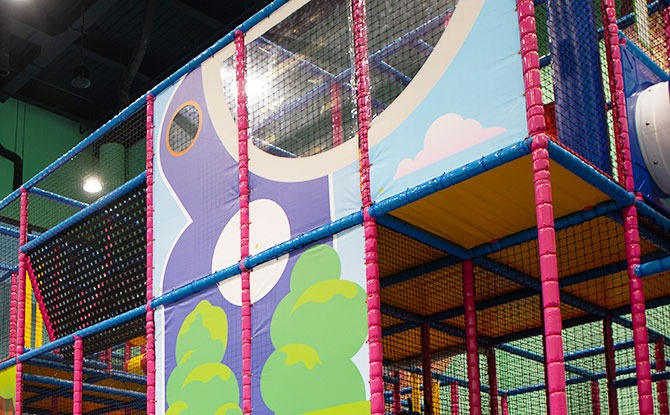 These include the majestic Merlion and images of the Tampines Watermelon Playground and the now-demolished Pelican playground. They invoke a tinge of nostalgia, connecting the old with the new.

Other key highlights at the HomeTeamNS Khatib indoor playground include a climbing slide tunnel, sport pitch, an interactive trampoline, ball pit and a ninja course. These elements have all been conceptualised to encourage parent-child bonding and to engage the child’s brain development, motion coordination and sense of direction.

The play area is suitable for children between 12 months to 12 years old. Children must be accompanied by a parent at all times, limited to one parent per child. It is open from Tuesday to Sunday and closed on Mondays, except School Holidays and Public Holidays.

The T-Play indoor playground is located at the ground floor of HomeTeamNS Khatib, 2 Yishun Walk, Singapore 767944.

It opened on 25 August 2020. There is currently a maximum capacity of 50 persons at the indoor playground. Play sessions are limited to two hours. For more details, visit its website here.

You can also read more about T-Play at HomeTeamNS Bukit Batok, a transport-themed indoor playground.