Home Lifestyle Our Favourite Singapore National Day Songs That Everyone Can Singalong To (With... 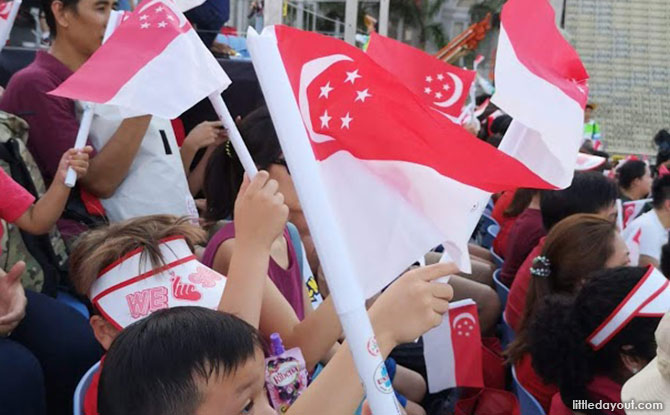 National Day songs are an integral part of Singapore’s 9 August celebrations. These songs have the power to unite a people together. Many of them have become classics which we pull out for Singapore National Day celebrations in schools or observance ceremonies at workplaces.

While many National Day songs have been penned, not all of them are created equal. Some have become more memorable than others. Other have ability to get the entire Padang or National Stadium singing together.

Here are our favourite National Day songs that everyone can singalong to with great fervour during National Day celebrations in Singapore. We’ve also include links to lyric sheets so that you are all ready for your National Day party!

Count on Me, Singapore

We start with an oldie but goodie. Count on Me, Singapore first debuted in 1986 and we can’t shake off the image of Clement Chow leading the National Day stadium in singing this song. The song starts off by painting a brighter future and urges Singaporeans to “just believe”. This classic National Day song captures the spirit of striving together for Singapore.

One People, One Nation, One Singapore

With music composed by Singapore’s own Jeremy Monteiro, One People, One Nation, One Singapore is a crowd pleaser and it never fails to rally the crowd at National Day gatherings and celebrations.

Written by Hugh Harrison, who ironically is Canadian, We are Singapore first entered the nation’s consciousness in 1987. The lyrics of the verse capture the mood of striving to prove ourselves as a people. It all culminates in the chorus with “This is my country, this is my flag, this is my future, this is my life”. Having the Singapore pledge as its bridge makes this stirring National Day song even more poignant.

We thought the 2018 update with its heartfelt preface by Charlie Lim was absolutely brilliant too.

Written by Dick Lee and originally performed by JJ Lin in 2015, Our Singapore celebrates the achievements of the past and provided fresh optimism for the future. It also has a chorus which everyone can join in.

More recently, it was reprised for the National Day Parade 2019.

We Will Get There

Originally released in 2002, the song was written by Dick Lee and sung by Stefanie Sun.

This song has found new meaning in 2020 with a new version by Joanna Dong and the Singapore Symphony Chorus. “Hand in hand, we will get there.”

This song dates back to 1967 but is still a well-loved song at National Day parties.

Stand Up for Singapore

The opening strains of Stand Up for Singapore are unmistakable. From all the way back in 1984, it was written as Singapore was celebrating 25 years of nation-building. The song and musical arrangement smacks of the 1980s but it is still a popular National Day song.

Corrinne May’s heartfelt Song for Singapore feels like a love letter to the nation. Even though the verses from this 2010 song are a bit harder to sing, everyone can join in for the stirring chorus of this Singapore National Day song.

No list of Singapore National Day songs would be complete without Dick Lee’s Home. While it may be tad bit sentimental, Home encapsulates our sense of belonging to our island nation. It is a song which we can all treasure. Truly.