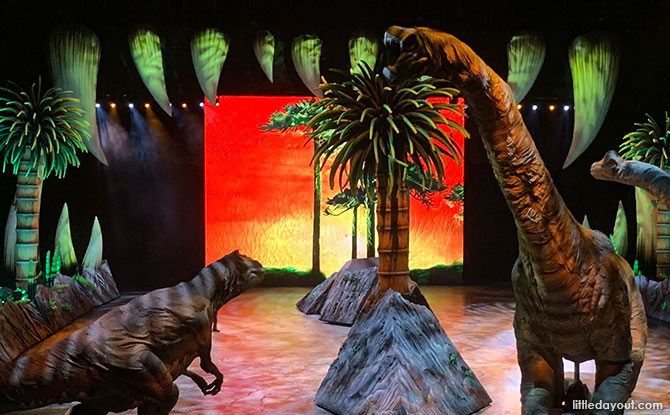 Walking With Dinosaurs has stomped into the Singapore Indoor Stadium and will be taking up residence from 29 August to 8 September 2019. The show brings 18 life-sized dinosaurs to the arena in a $20 million production. Here’s our review of Walking with Dinosaurs 2019’s opening night in Singapore.

Walking with Dinosaurs – The Live Experience is based on the 1999 award winning BBC TV documentary series. The show takes the prehistoric creatures out of the small screen and on to the floor of the Singapore Indoor Stadium. And what a thrilling evening it turned out to be. 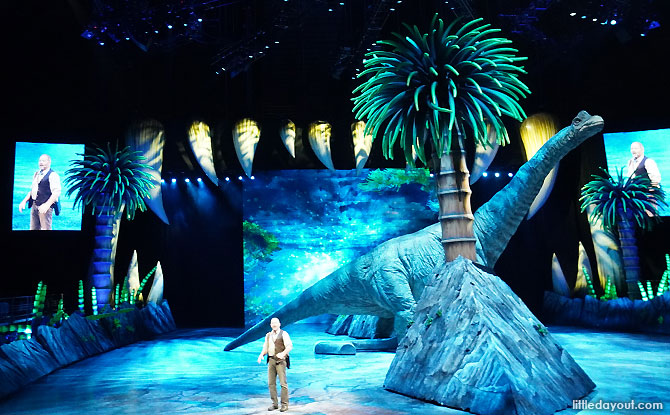 The show is narrated by a fictional palaeontologist, Huxley, who looks one-part Owen Grady from Jurassic World and one-part Indiana Jones. He serves as the Richard Attenborough to the dinosaurs and a commentator on events at the show, which unfold over millions of years.

But, no one was there to see a guy giving a Science lesson.

We were there to see the life-sized dinosaurs.

Journey Back in Time

And the dinosaurs did not disappoint. 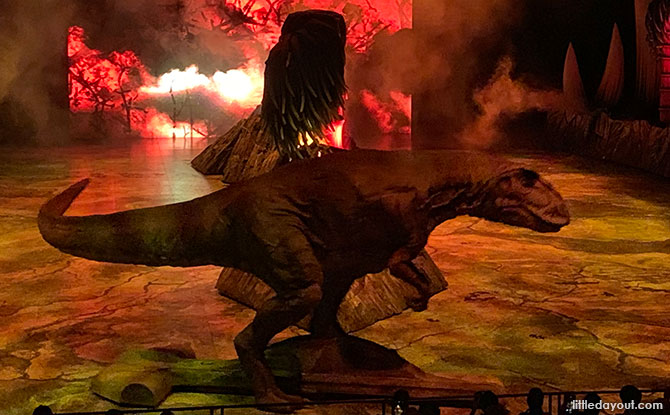 From the armour-plated Ankylosaurus to the prowling Allosaurus, the movements and mannerisms of the dinosaurs made it easy to believe that they were more than just very, very sophisticated puppets. 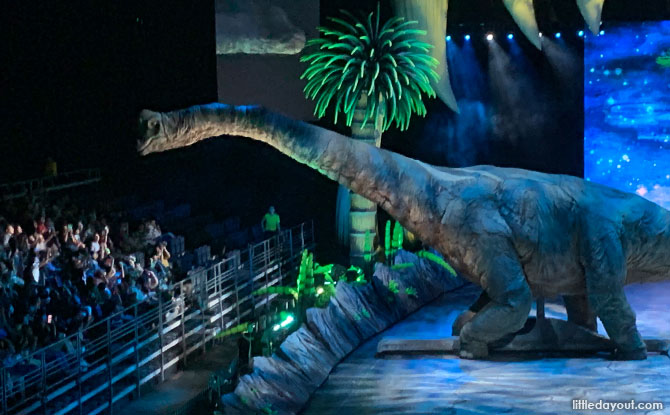 The beasts were brought to life with such personality that it felt that we were watching real beasts roaming about the Stadium floor. At times, they even came up to the arena’s edge and “interacted” with the audience, as if at a petting zoo.

While we’ve all seen pictures of dinosaurs in books or on television, Walking with Dinosaurs – The Live Experience in Singapore gave a true sense of the immense scale of the dinosaurs. 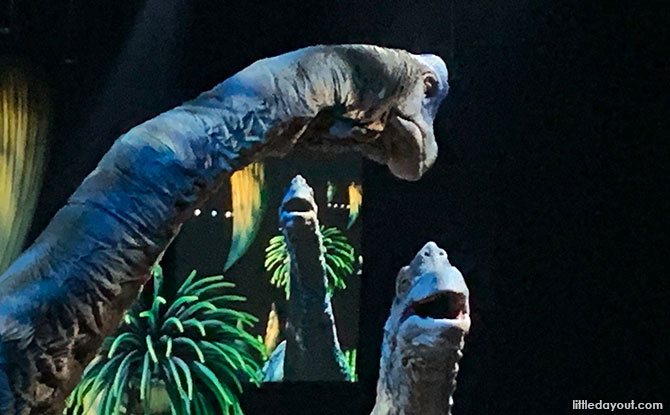 Beyond their size, what particularly struck us was how the dinosaurs’ relationships and familial bonds were portrayed. This alleviated the creatures from being flat, 2-dimensional caricatures to living animals that once existed and were not that different from modern animals. 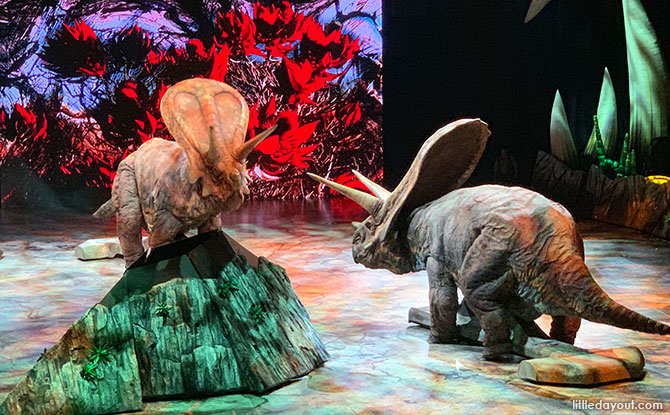 Everyone has their favourite dinosaurs. For us, at Walking with Dinosaurs in Singapore, it was a toss-up between the Brachiosaurus and, the big man on the block, the Tyrannosaurus.

In truth, we would have been content just observing any of dinosaurs on their own – whether grazing on vegetation or engaging in natural behaviour like fighting for control of the herd. We also enjoyed the sprinklings of humour interspersed into the show.

At times, we did feel as if we were attending a geology lesson by palaeontologist-naturalist Huxley but, at the same time, he was indispensable in helping to interpret the action unfolding before our eyes.

Walking with Dinosaurs – The Live Experience in Singapore

The show will thrill any fan of dinosaurs and even ones who may be discerning as to whether the animals are depicted scientifically accurately (yes, they are). Walking with Dinosaurs – The Live Experience is a night to remember and gets our roar of approval!