Home Play Review of Shrek The Musical: Seeing Beyond the Monster 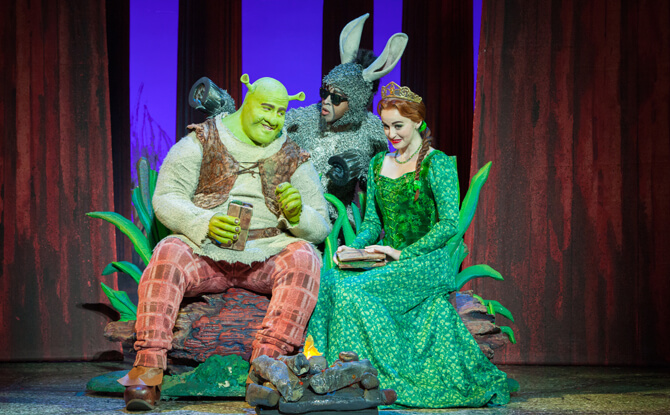 If you’ve watched the Oscar-winning DreamWorks Animation film (2001), you know the story.

It’s a comedic adventure involving a bagful of misfits – a donkey that speaks his mind, a villain with an ambition, and of course, the famous green ugly ogre that rescues the beautiful but feisty Princess Fiona.

But Shrek The Musical, the live adaptation of the film now being performed at the Grand Theatre, MasterCard Theatres at Marina Bay Sands in Singapore, is all that and much more than just hilarious fun.

The characters are properly fleshed out, their back stories are delightfully weaved in, and with more than a dozen fairy tale characters like Pinocchio and the Ugly Duckling thrown in the mix, what you get is a quick jig of your imagination with morals to boot. 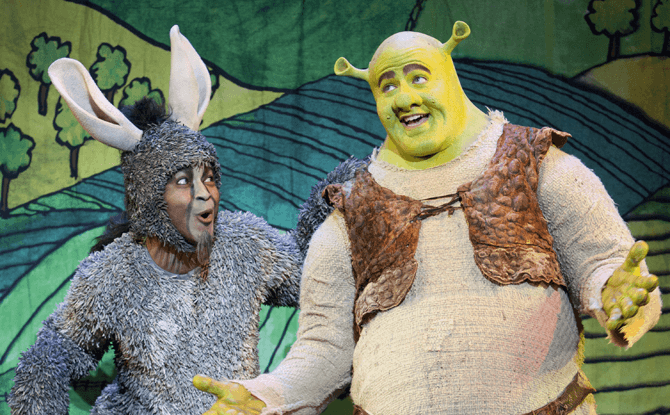 In this upside-down kingdom, we learn once again the truths – that beauty is more than skin deep, that judging shouldn’t take place and that true love exists – when this giant monster of a green hero that defies convention wins the day.

Misunderstood and standing out from the norm just because he looks different, Shrek assures us that it is perfectly fine to be just the way we are.

Donkey was brilliant with his antics and singing and likeable villain, Lord Farquaad, got us all smiling and glued to him throughout his bended-knee performance. 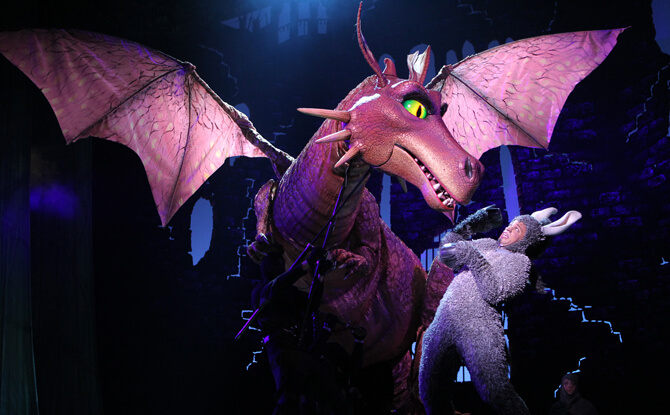 Top it up with clever lyrics, energising numbers and great singing by the cast, our four-year-old made it through the entire 145 minutes (including a 20-minute interval) without sleeping a wink and was up on her feet dancing by the end of it.

Shrek the Musical is a fun family show that both young and old can identify with. Don’t get green with envy that only Little Day Out got to see this shrektacular monster hit. Get your tickets to Shrek The Musical, which runs till 19 June 2016!

Shrek The Musical
When: 8 to 19 June 2016, various times
Where: Grand Theatre, MasterCard Theatres at Marina Bay Sands
Admission: $65 to $175 from Marina Bay Sands website or SISTIC 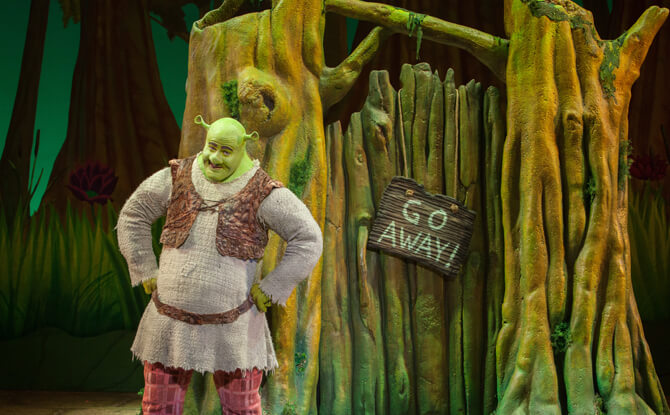 Monster Trashemon Bins Are Popping Up Around SG. Here’s Why You...