Youtuber, Paolo, also known as PaolofromTokyo is a Filipino-American raised in the States and is married to his Japanese wife, Maiko. They made a video highlighting the differences that they have observed in their personal experiences growing up and while raising their child.

Here are some of the points they made in the video.

Japanese moms spend very little time away from their child

In Japan, other than the fact that baby sitters are not as common, many people in their society seem to associate self-sacrifice as an indication of a good parent. It was acknowledged in the video that times are changing and this mindset was slowly changing although still ingrained in the Japanese culture and society.

Japanese parents sleep in the same room as their child

Perhaps due to the design of the houses and because of the lack of space, Japanese families usually sleep in the same room and area until the kid is much older. It is also common for siblings to sleep in the same area growing up. This is different from Western cultures where it might be more common for kids to have their own room.

In Japan, it is surveyed that parents will take baths with their kids sometimes to the age of ten. Miko also shared in the video that she took a bath with her dad when she was in elementary school but doesn’t remember much of it. This is a slightly more shocking difference in parenting practices when compared to other parenting practices around the world.

Instead of threats, such as “you’re going to get in trouble”, they rephase it and ask kids “how is that going to make the other person feel when you do this?” There is also the phrase: “meiwaku who kekenai” which brings up the importance of harmony. It was brought up in the video that thinking for others should be balanced with having individual thoughts and unique identity too.

Discipline is not only enforced by parents

In Japan, discipline is enforced by different communities and not only by parents. This was also seen by the practices that are done in schools such as getting the kids to do cleaning and other chores at a very young age. 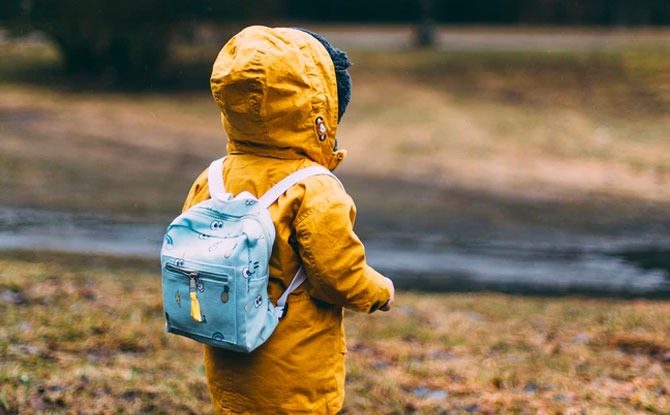 For a very young age, it is common that kids are taught to be independent in travelling by themselves by taking the bus and walking home from school. Sometimes it was in groups where older kids would watch out for the younger kids, but it was also not uncommon to see kids travelling around by themselves.

In Japan, kids get kyushoku for lunch, a healthy catered meal problem. These meals are provided at most elementary school and junior high schools in Japan. The menu changes every day, a nutritionist plans the menu throughout the year and the company that caters and provides the food ensures that it is of good quality. This meal plan is also made affordable to all students and it also teaches kids about eating healthily.

Japanese kids will stay with their parents after graduating

This is one that Singaporeans are familiar with. Probably for similar reasons, it is very common for kids to stay with their parents even after they graduate from higher education. This is would evoke a much more different response in a more westernized culture where children move out and live away from their parents at a much younger age.

You can watch the full video here.

Bite-Sized Parenting: Instead Of “How Was School?” Alternative Questions To Ask Your Child