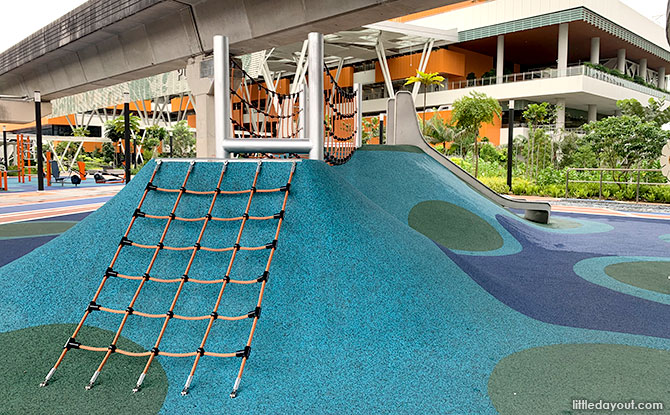 Even though we’ve been to both Waterway Point and SAFRA Punggol numerous times, we never knew how close they were until we paid a visit to Punggol Green and its playgrounds which connect the two developments.

Punggol Green stretches out from Waterway Point and Punggol Town Square, under the LRT tracks, to Sentul Crescent and the Sam Kee LRT station.

More than just a plain connector, Punggol Green has not one but two children’s playground. 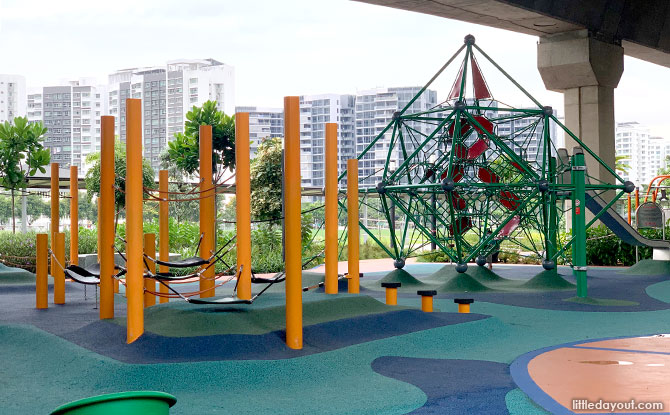 The first Punggol Green playground is designed for older children. A green climbing pyramid with a slide provides an element of challenge for kids. 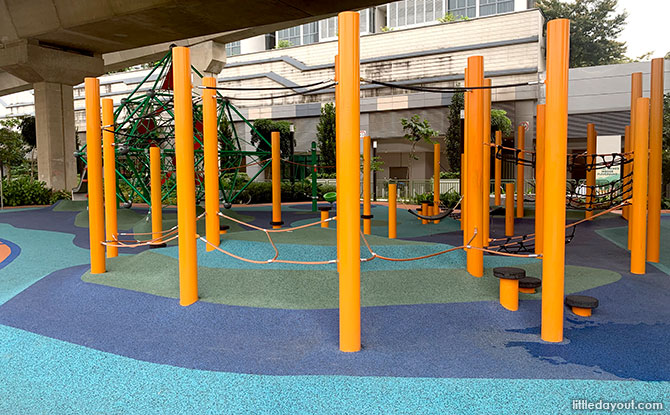 This play structure is complemented by an orange-coloured low obstacle course. Set on a mound, kids can make their way along the rope course which is stretched out between poles under the train tracks.

Younger children are not forgotten either. A bit further to the north of the first playground, beside One Punggol, is a second play area.

The second Punggol Green playground is meant for younger kids. This playground features a climbing net, rope bridge and climbing handholds that lead to the top of a small mound. 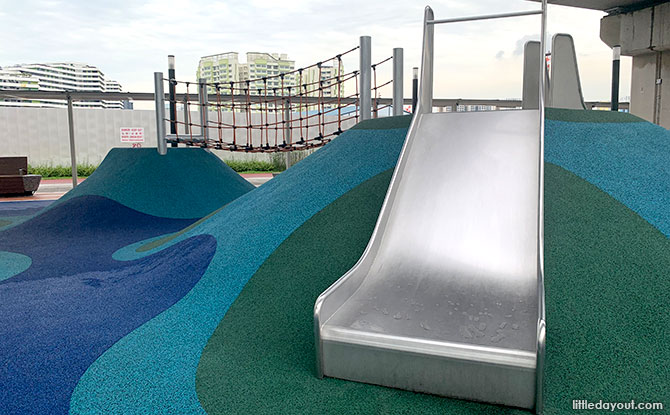 At the very top, kids can choose from two slides to get back down. 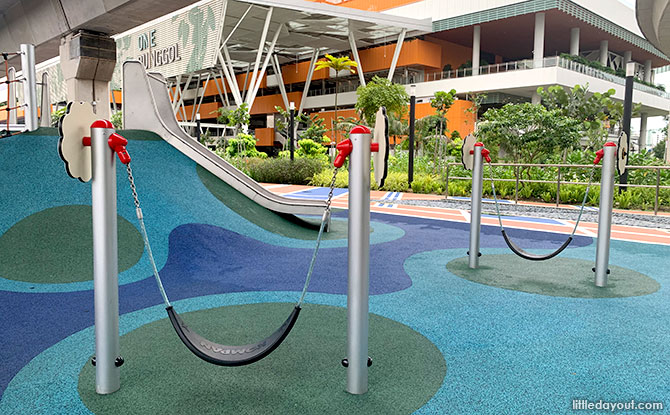 There are also little hammock swings at the playground. 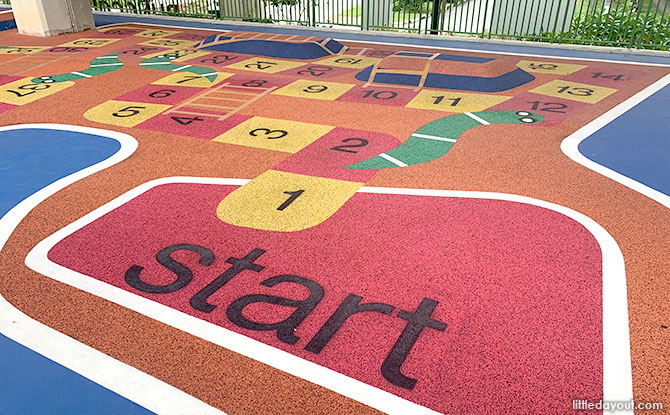 Another interesting feature at Punggol Green is a snakes and ladders “board” found at the soft padded flooring beside the toddler playground. 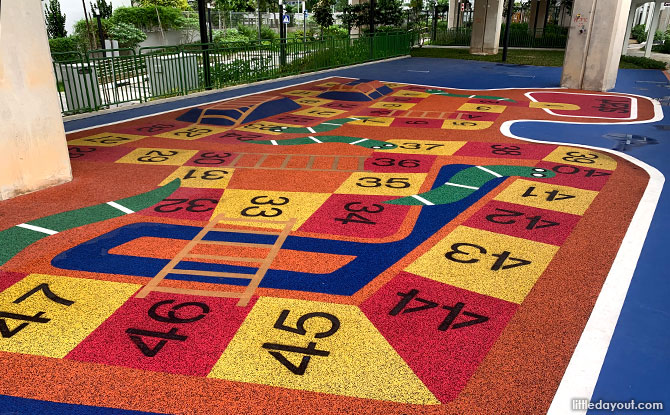 We liked how there were “ladders” to the some higher parts of the board. 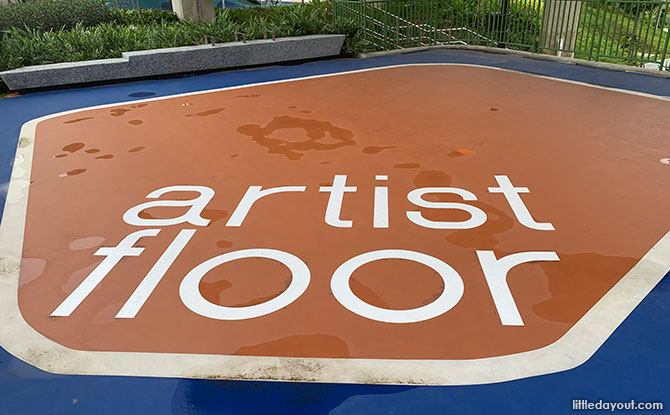 One area that we came across and couldn’t figure out was a section marked off as “artist floor”. We weren’t sure who were these artists and why they needed a specially designated “floor”. 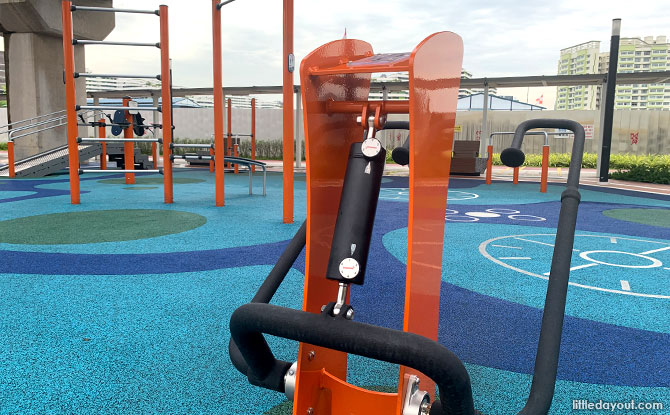 Other amenities at Punggol Green include a futsal court, exercise areas and a foot reflexology path.

Punggol Green is located under the LRT tracks between Punggol MRT station and Sam Kee LRT station. It is at the end of Punggol Drive and next to One Punggol.