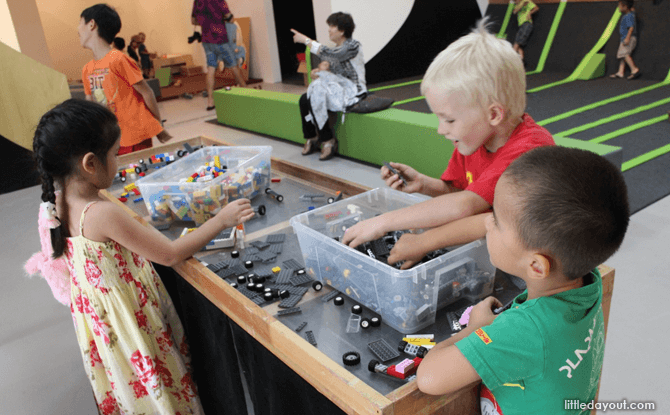 At first glance, the sun-drenched, high-ceilinged space at Playeum Children’s Centre for Creativity appears different from what you’d expect at a children’s play centre: where are the colourful toys and gadgets and slides and ball pits?

Instead, two large wooden ramps, much like a skateboarder’s half pipe, occupy the Main Space. Beside it is a trough filled with LEGO bricks while foam mats line the opposite wall where a seemingly random array of objects — cardboard tubes, wooden stools and long rubber strips — lie strewn about. 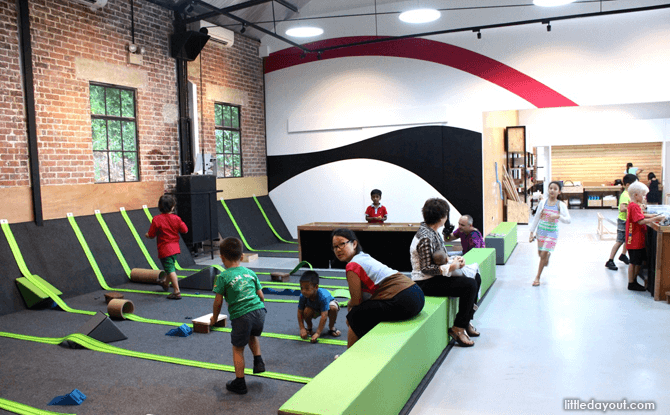 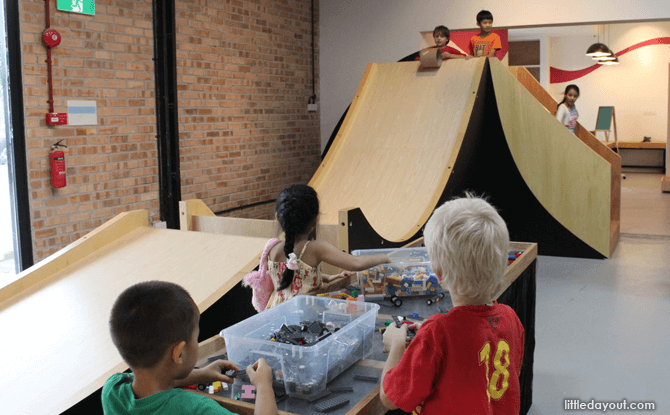 And then you hear them before you see them.

Children from as young as four dashing about the space, building their own cars from LEGO and cardboard, launching them with gusto down the ramp.

Long rubber strips become malleable racetracks that go through cardboard tube ‘tunnels’ and over and under various obstacles. 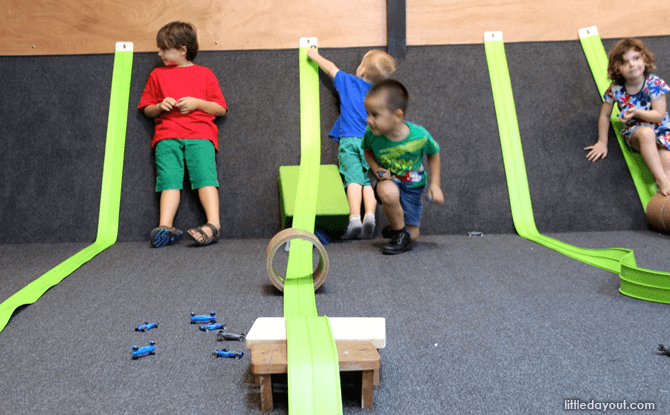 At the far end, shelves full of recycled material and work benches stocked with tools like hot glue guns form the Play Maker Space. Here, eager fingers piece together their creations before taking them to the ramp and tracks. 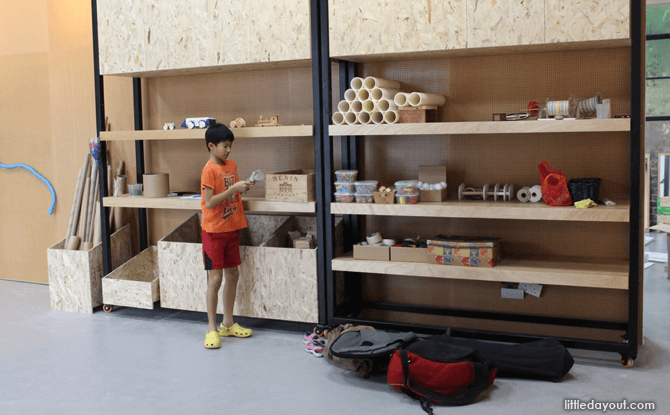 Practising artist Isabelle Desjeux, who is also Playeum’s Creative Director, is in a nearby room showing a little girl how to make her shadow touch the ceiling by moving closer and further away from the lamp. What we’re looking at is unstructured, unbridled creativity happening under one roof. 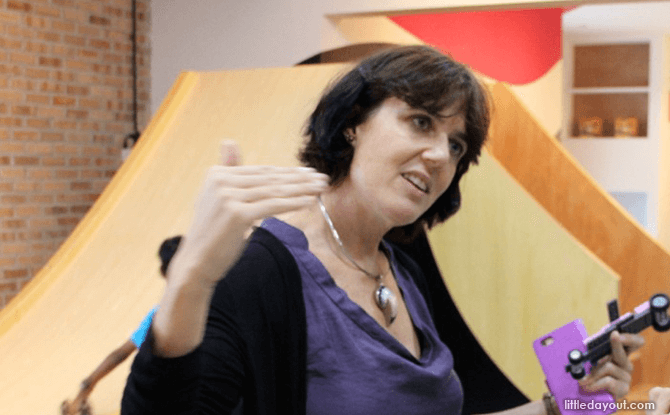 “The thing is, what you see looks unstructured, but is in fact, a culmination of decades of research and development by a team of experts,” says Executive Director Anna Salaman.

The very first of its kind in Singapore and Asia, Playeum is an award-winning non-profit organisation that started six years ago championing play and creativity in children through innovative experiences and novel programmes. What started off with pop-up events and collaborations with community groups soon gained traction with popular, large-scale events like The Big Draw.

Now, Playeum has a permanent home at the Gillman Barracks and its Children’s Centre for Creativity is well-positioned as a hub for social change. “Our aim has always been translating this big vision of raising a future generation of creative minds into something we can do for the children now, taking big concepts and breaking them down to something simple,” says Anna.  She goes on to describe how a boy made two toy cars, one from an instruction manual and the other through free play, but only called the second toy “my car”. 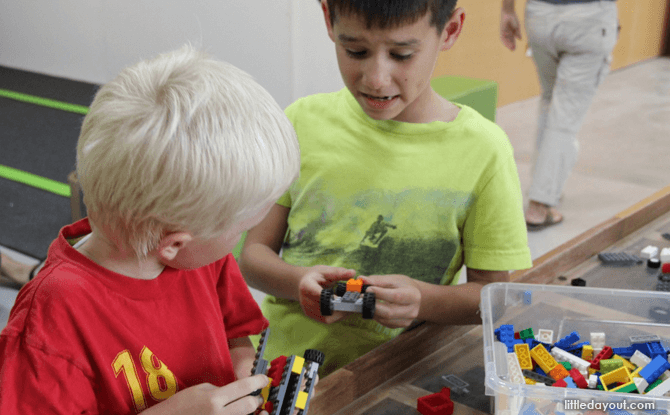 “This shows that a sense of ownership is developed when a child is empowered to create in a way that’s entirely up to him or her, even if it means failing or making mistakes. Here, they learn that it’s not failure, it’s learning, and you try and try again. Our Play Makers don’t teach a child to make something, rather, they’re trained to facilitate play and creative expression.”

Kids Can Get in Gear at The Art of Speed Opening on 19 September 2015, the centre launches with the theme, The Art of Speed. During this period, kids can indulge in a bit of Formula 1 fever themselves.
The concept of speed is explored through the various interconnected experiences within the centre – from the ramp and tracks in the Main Space to movement in shadow play within the Dark Space. Wee tots are not forgotten either and a dedicated play area has been set aside for crawlers and toddlers. Catch a sneek peek of the first exhibition ‘The Art of Speed’, where kids can explore cars, speed and movement through interdisciplinary approaches here: 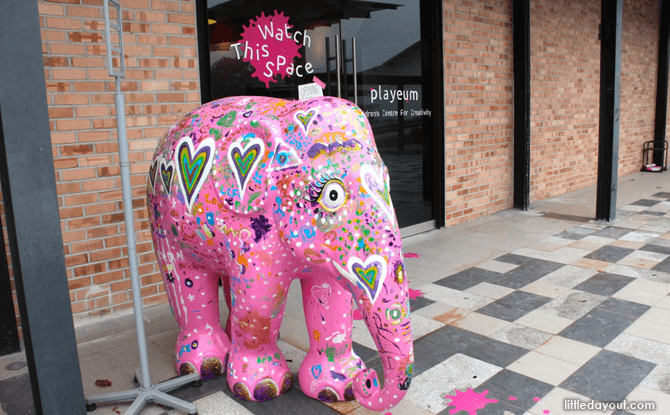 As a Little Day Out reader, you get to join us for an exclusive day out at Playeum’s Children’s Centre for Creativity at 20% off the usual admission fee.