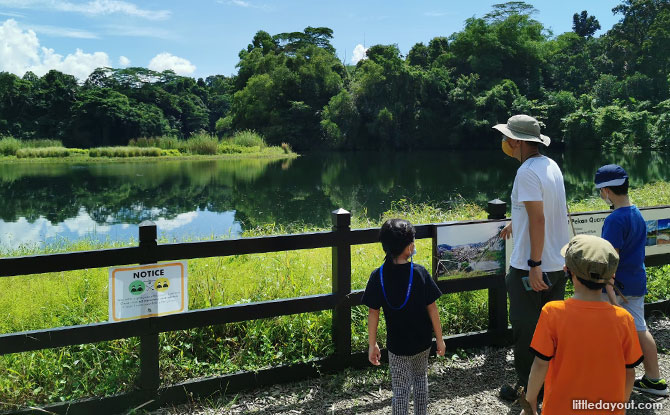 Visitors to Pulau Ubin will often see plenty of wildlife and natural rock structures that have become natural habitats. One of these is the Pekan Quarry, one of the few quarries on Pulau Ubin. It is usually a pit-stop on Pulau Ubin visits to peer over the fence and admire the serenity of the environment. 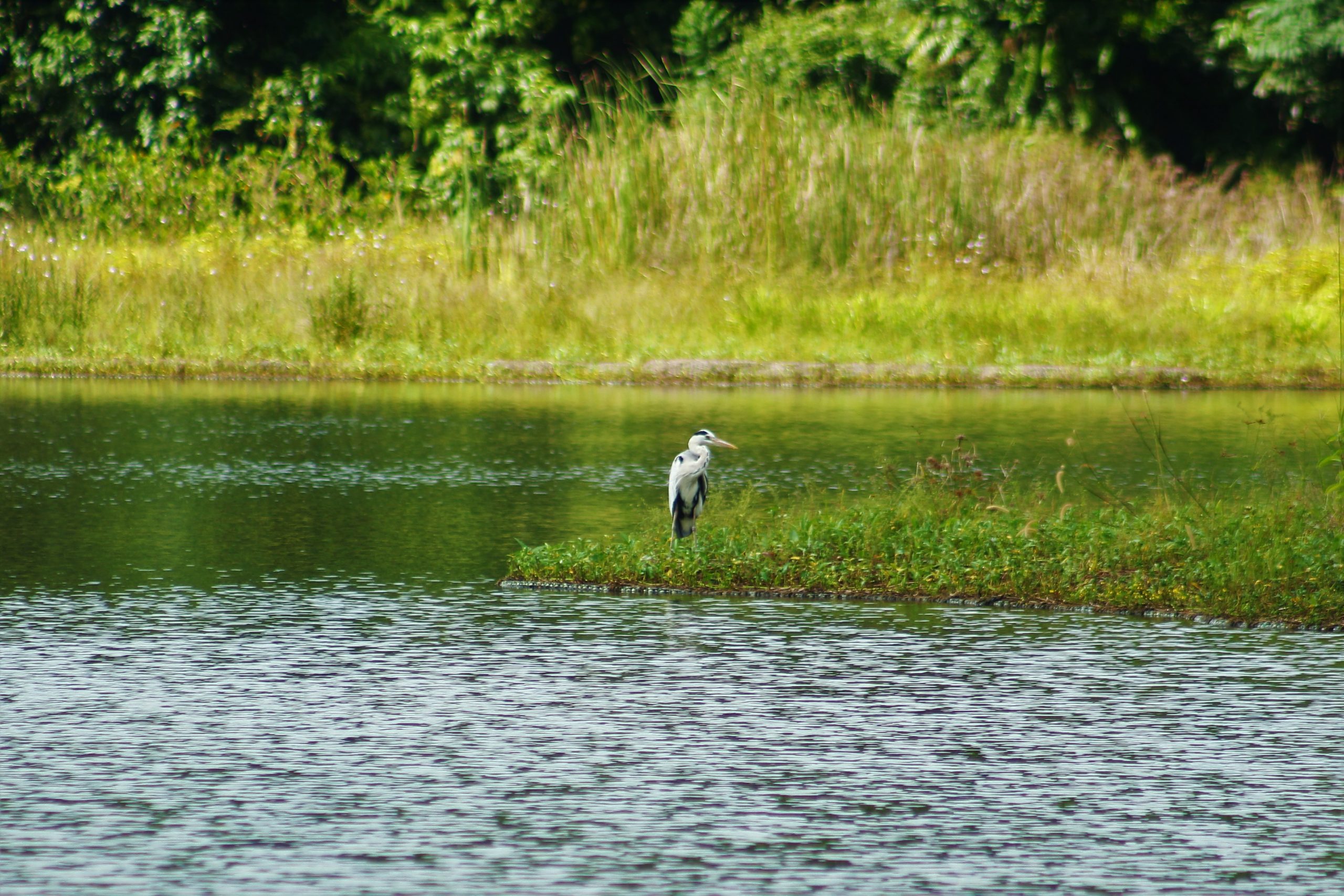 Pekan Quarry is a habitat for herons.

Floating wetlands have recently been installed to provide nesting and roosting sites. 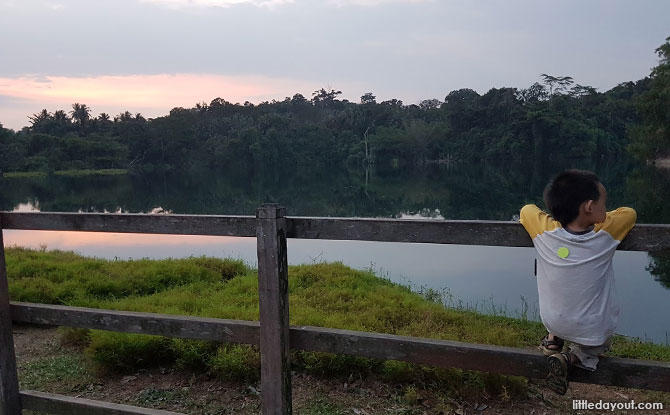 Pekan Quarry is one of the oldest quarries in Pulau Ubin. It ceased operations in 1970 and its well is the oldest in Ubin!

It was previously known as Ho Man Choo Quarry but renamed to show its proximity to the main village. “Pekan” means town in Malay. It had two quarry pits and overflows at a drainage point leading to the sea.

In the 1850s, the British established large-scale quarrying operations for the purpose of building on mainland Singapore. Pekan Quarry was Municipal Quarry No. 1. Granite was used in the construction of Horsburgh Lighthouse on Pedra Branca, Raffles Lighthouse, Fort Canning and the Singapore-Johore Causeway. 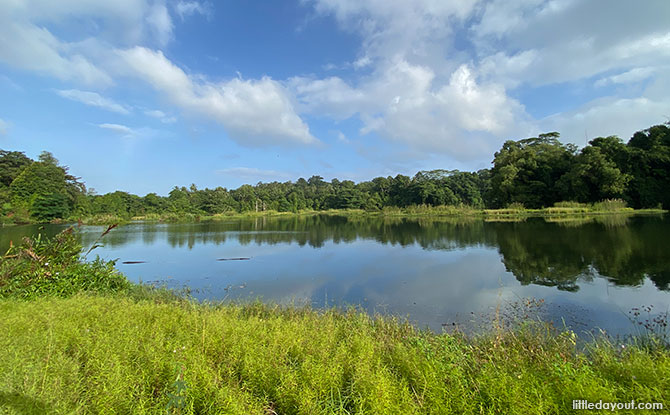 While the body of water and the greenery is a soothing sight and also a picturesque spot, this has become an ideal place for many creatures as well.

You will see plenty of grey herons nesting and roosting at the Pekan Quarry. Structures have been built by NParks to enhance their habitat and it’s a welcome addition to this place. It has certainly been repurposed for a greater cause – to both the herons and visitors who can admire the birds from a close proximity.

Grey herons are large grey birds and nest in established heronries. The adult has a white head, long and heavy yellow bill, with light-grey to white body. You can see them fishing at Pekan Quarry and many perched on the branches.