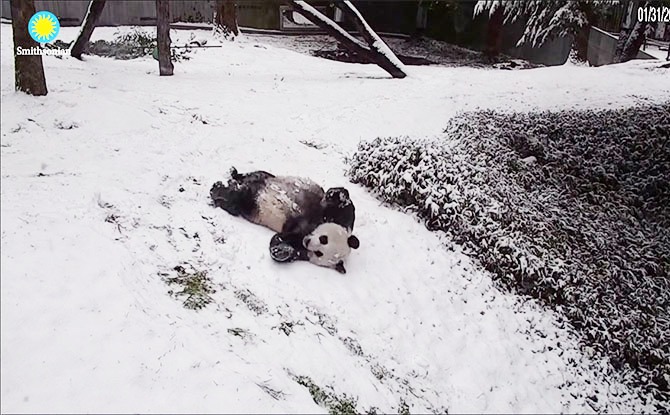 The video was taken on a day where most parts of the city saw two to three inches of snow. It was the city’s first significant snowfall in two years and it looks like the panda were taking full advantage of it.

Pandas in the Snow

The giant pandas have lived at the Smithsonian’s National Zoo since 1972. The video shows them having loads of fun frolicking in the snow. They can be seen sliding about, both on their bellies and their back. They genuinely seemed to enjoy the white and cold weather.

Mei Xiang and Tian Tian’s five-month-old cub, Xiao Qi Ji, also ventured out into the winter wonderland for the first time but was not for very long.

Who knows, perhaps the pandas can look forward to more carefree snow days in the future as a family.