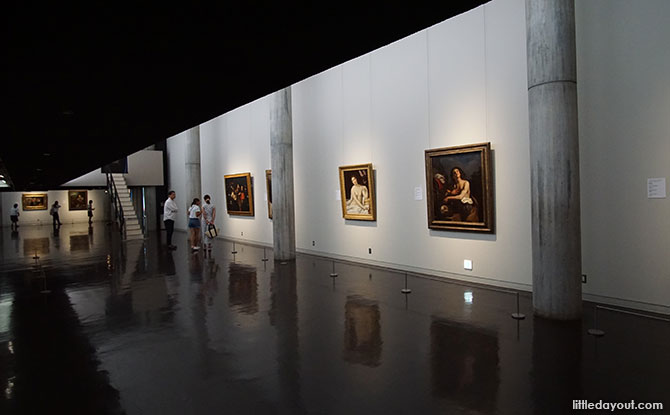 Housed in a building designed by famed French architect Le Corbusier, the National Museum of Western Art in Ueno Park, Tokyo boasts an art collection that allows visitors to experience a wide breadth of European art. 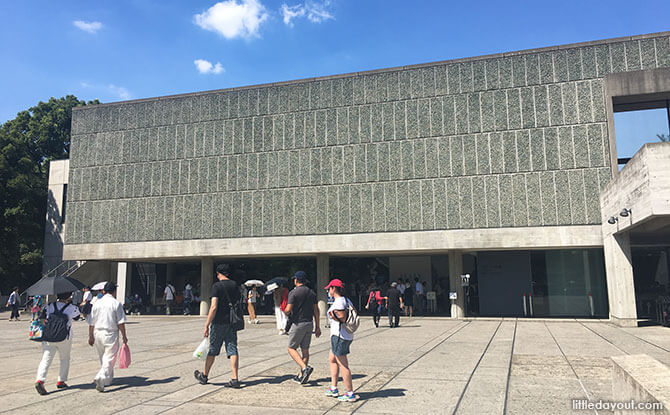 The National Museum of Western Art’s collection include works from the renaissance to the modern era with a focus on Impressionist paintings and Rodin sculptures.

At the nucleus of the museum’s collection are 370 works from the Matsukata Collection.

Kojiro Matsukata (1865-1950) was the first president of the Kawasaki Dockyard Co and the son of a Meiji era politician. A large part of his art collection was left in France and sequestered during World War II by the French government. The works were returned by France to Japan in 1959, symbolic of the resumption of normal relations between the two countries.

From the Renaissance to the Old Masters

The National Museum of Western Art’s collection are divided into several sections spread over two floors. 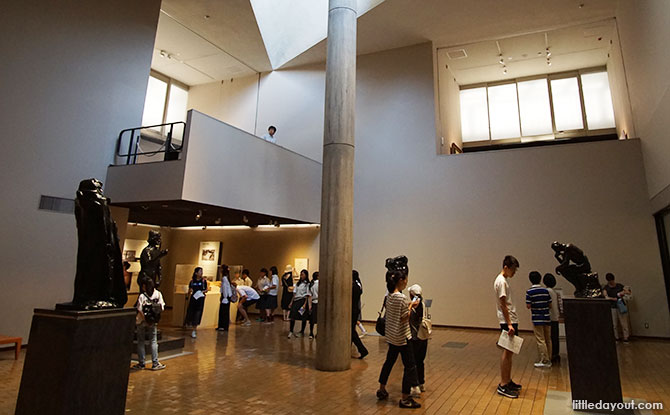 Upon entering the museum, visitors will first be greeted by a collection of sculptures, including those by Rodin. 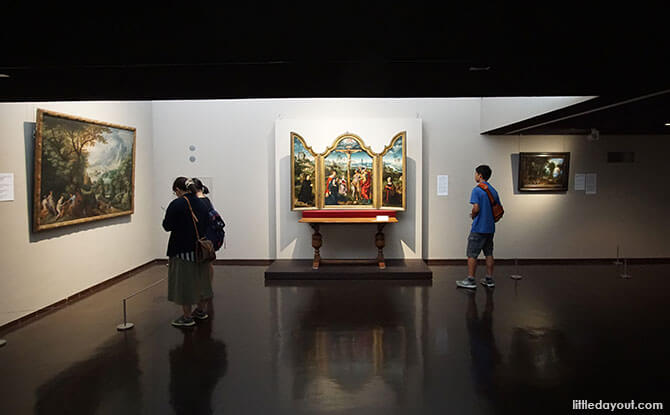 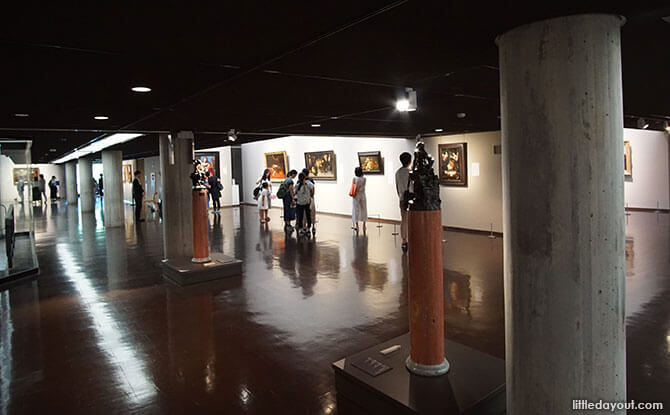 Stepping through the National Museum of Western Art, visitors will be treated to both large canvas and smaller works from the 17th century and 18th century. Baroque works such as Peter Paul Rubens’ Two Sleeping Children are displayed alongside Rococo works like Alessandro Magnasco’s Landscape with Stormy Sea.

Venture onwards as the journey continues through the National Museum of Western Art.

Le Corbusier’s building opens up and takes on a lighter, airier mood as the focus shifts towards 19th and 20th century works.

The building adjusts to showcase the works of Impressionist masters such as Renoir, Monet and Cezanne. The museum has works such as van Gogh’s Roses, Monet’s Water Lillies and Rossetti’s The Loving Cup. 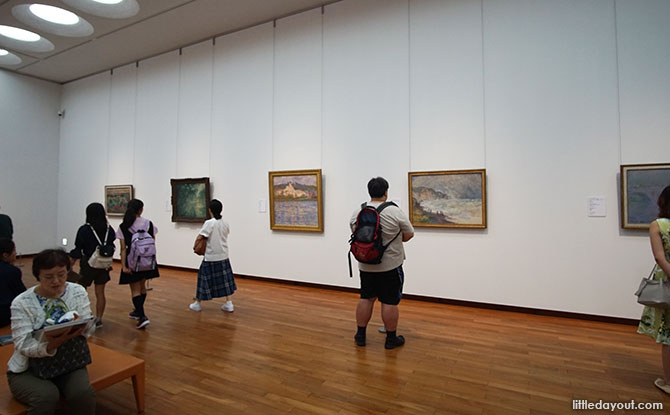 The National Museum of Western Art provides plenty of space for contemplation and appreciation of the art works. 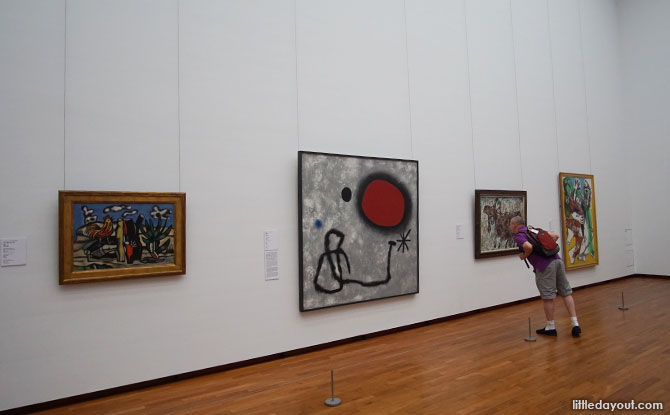 The museum’s permanent galleries end off with a showcase of modern 20th century art with works such as Joan Miro’s Painting.

Always Something to See

In addition to its permanent collection, the National Museum of Western Art in Tokyo also regularly organises special exhibitions.

The museum also acquires a new work every year, meaning there is always something new for the repeat visitor to admire. 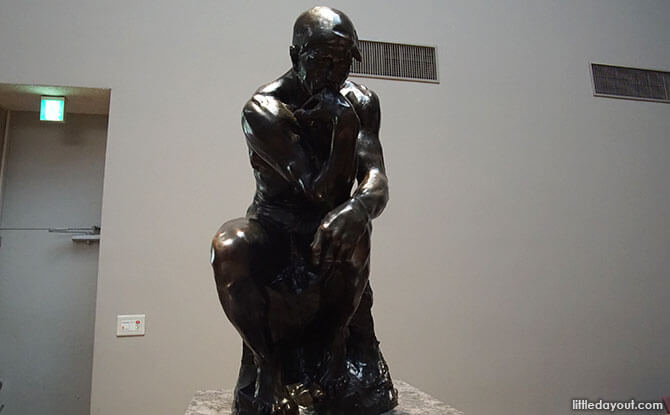 The National Museum of Western Art is well-suited to for both a casual visit or an afternoon of contemplation. It is not so large as to overwhelm visitors but offers sufficient diversity to to get an overview of the European masters.

The museum can be found within Tokyo’s Ueno Park, next to the National Museum of Nature and Science. 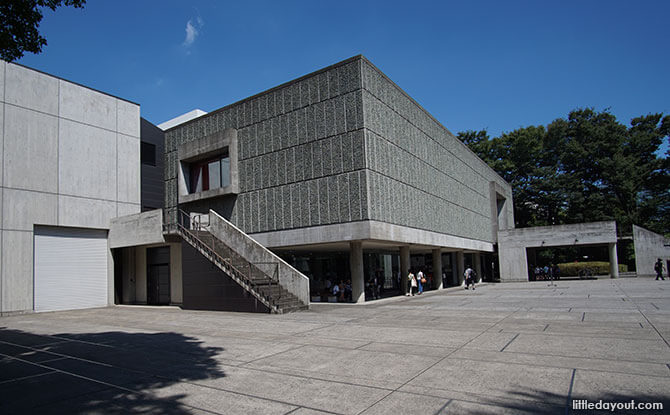 READ: What to See and Do at Japan’s Ueno Park