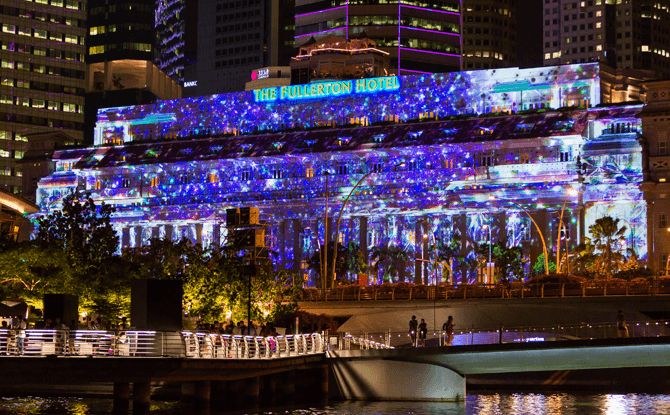 From 25 to 30 December 2017, the façade of the Fullerton Hotel will be illuminated with a light projection show as part of the Marina Bay Singapore Countdown 2018 celebrations. 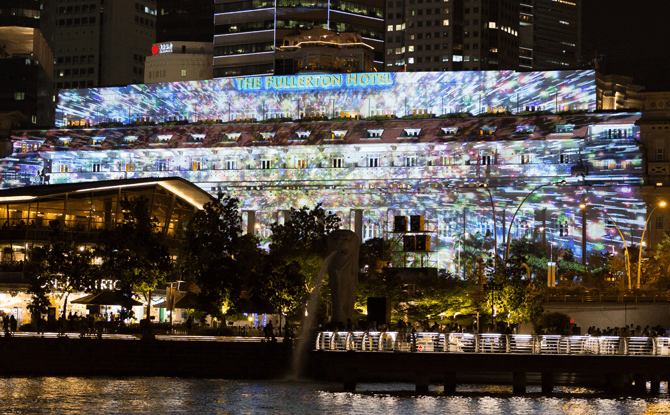 This nightly light show is based on the Marina Bay Singapore Countdown 2018 theme of “Bay of Hopes and Dreams”.

Lasting for five minutes, the light projection show on the Fullerton Hotel façade tells a light-hearted story about the “Fullerton Postmaster Bears” and how they overcome different challenges faced. 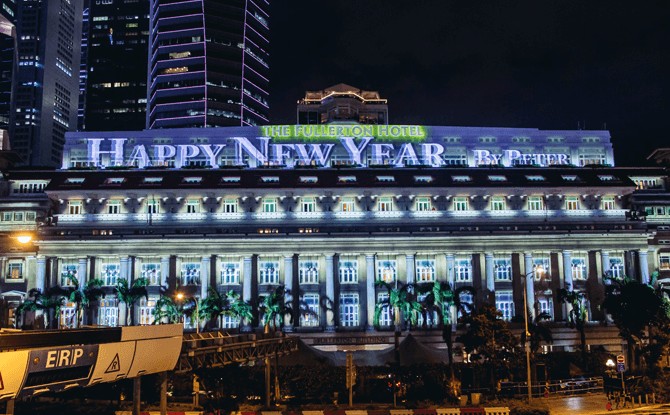 Between the scheduled light projection shows, the façade of the seven-story Fullerton Hotel will be used to display the wishes from members of the public. These wishes have been collected from the public through the Marina Bay Countdown 2018 website since November 2017.

Those who would like to see their wishes projected up on the Fullerton Hotel’s neo-classical façade still have the opportunity to do so by submitting their wishes for 2018 through the Marina Bay Countdown 2018 website up till 31 December 2017.