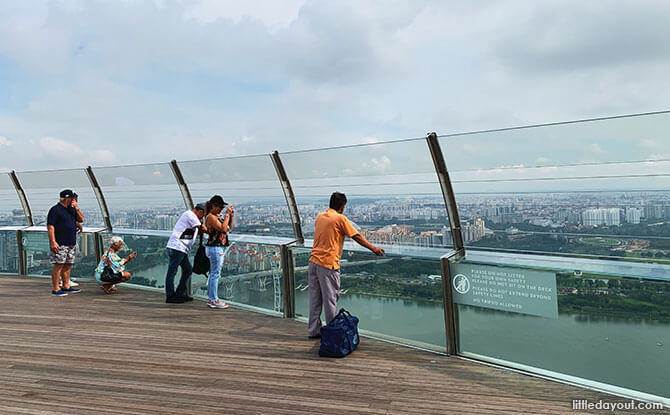 There are many places where you can get a panoramic view of Singapore but few are as iconic as the Marina Bay Sands SkyPark Observation Deck. The top floor of the hotel is 57 storeys up in the air with commanding vistas over the city. This “ship” on top of three towers is an instantly recognisable landmark in Singapore.

The entire Sands SkyPark is large enough to fit four-and-a-half A380 jumbo passenger planes. However, the Marina Bay Sands SkyPark Observation Deck is only section of the entire SkyPark – it is the eastern end of the “ship”, the part which juts out over the edge of the hotel tower.

Nonetheless, when you arrive at the 56 floor Marina Bay Sands SkyPark Observation Deck, you will be greeted with a magnificent view of Singapore’s central district. 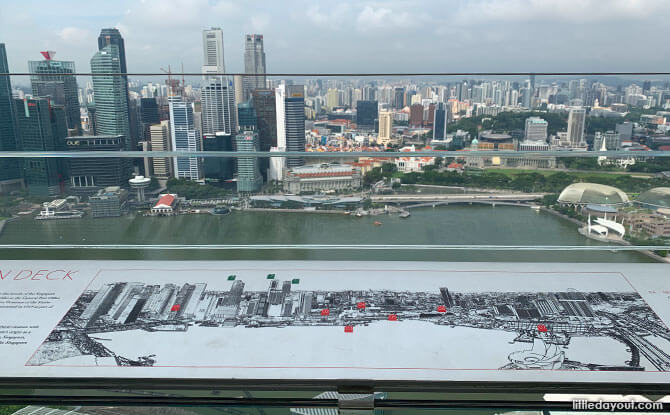 There are panels to help you locate and identify the various landmark buildings. These panels are in English, Japanese and Korean.


Release your creative energy with these art supplies! 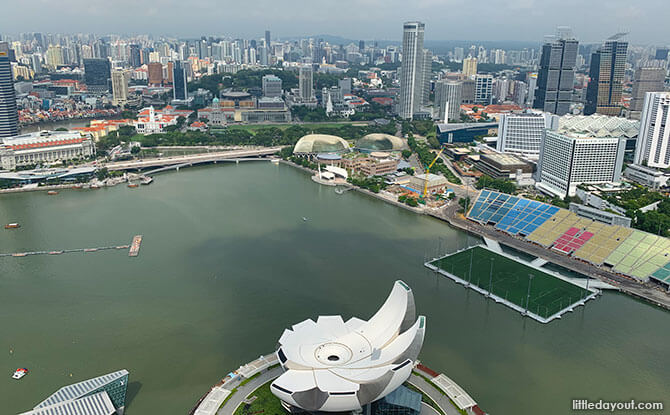 From the northern side of the SkyPark Observation Deck, you can view the waters of the Marina Bay Reservoir along with prominent landmarks such as Merlion Park, Esplanade, National Gallery Singapore, Victoria Concert Hall and the Singapore River. The backdrop to these landmarks is the urban sprawl of the city. 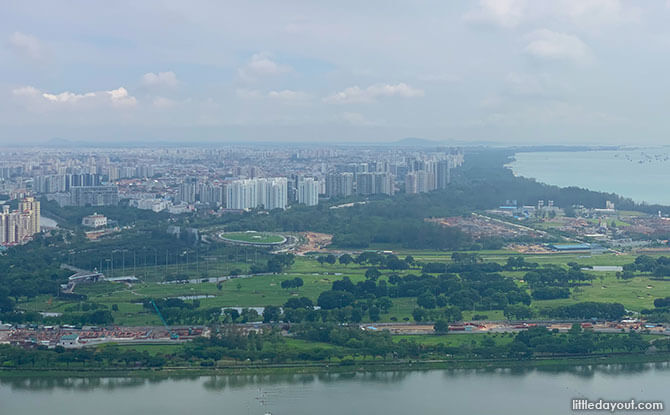 From the eastern-facing side of the Marina Bay Sands Observation Deck, you can look down at the Singapore Flyer. The Kallang River, East Coast Park and residential suburbs of Singapore stretch out to the east. 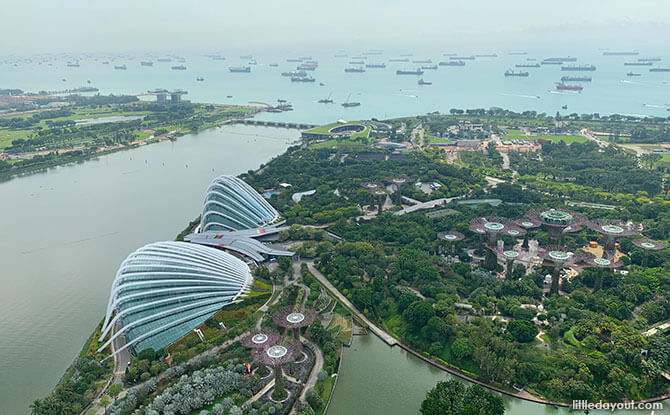 Look southward, Gardens by the Bay lies at the base of the Marina Bay Sands towers. 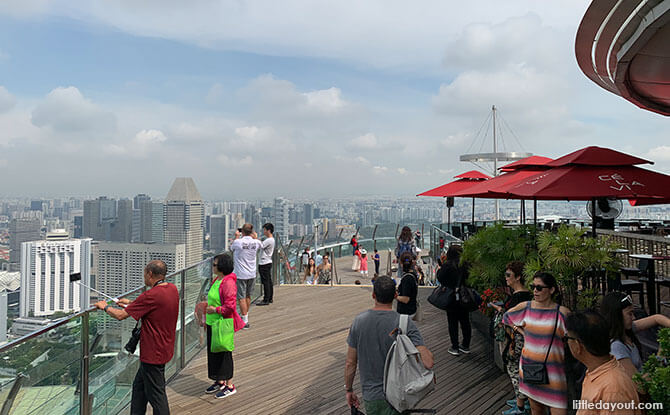 From the 56 floor of the Observation Deck, it is possible to ascend a flight of stairs to reach Level 57 where there is a southward-facing viewing platform.

Cruising at the Top of Marina Bay Sands 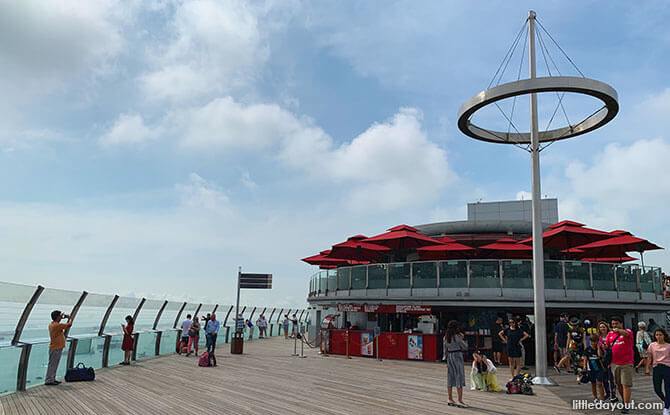 There is also a snack bar and restaurant at the MBS Observation Deck. There are also washrooms available.

A “flagpole” does make it appear that you are on the deck of a ship, sailing at the top of the world.

Do take note that the MBS SkyPark Observation Deck is open to the elements and the hotel does not provide umbrellas for those visiting – so be prepared if it is a rainy day.

For more information on how to get to the Marina Bay Sands SkyPark Observation Deck, click here.

READ: Things to do at Home over the Hari Raya Puasa Long Weekend

READ: Brain Puzzles and Games for Families To Keep The Mind Active 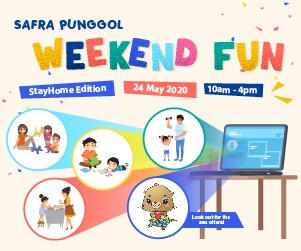 Discover the World of Play-Based Learning | Thu 28 May

ABOUT US
Little Day Out is a Singapore-based online magazine with exciting ideas and on-the-ground stories on the best of Singapore and the region for families. It is the perfect go-to guide, helping families create memories that last a lifetime.
Contact us: hello@littledayout.com
FOLLOW US
© Copyright 2020 - Big Little Company Pte. Ltd.
MORE STORIES
Learn

Father Dishes Out Everyday Advice Through “Dad, How Do I” YouTube...

5 Tips For Starting Meaningful Conversations With Kids In Your Home