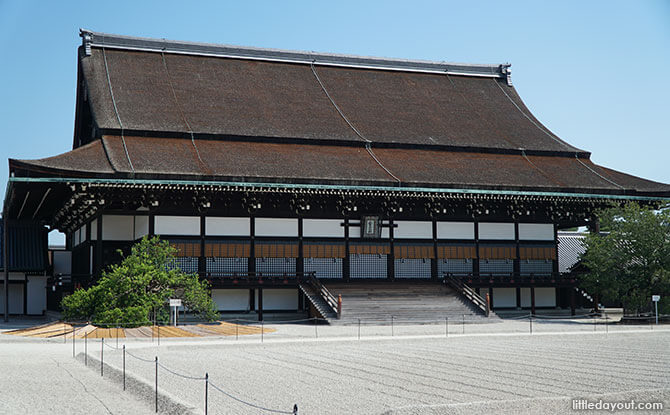 Take a walk along pathways and amongst buildings once off-limits to commoners at the Kyoto Imperial Palace and get a peek into how the Emperors of Japan once lived.

The official residence of Emperors for more than 500 years, the Kyoto Imperial Palace or Kyoto Gosho has a history that can be traced back to the late 8th century.

More Than a Millennium of History

It was in 794 when Emperor Kanmu moved the capital of Japan to present-day Kyoto. At the time, on the site of the Kyoto Imperial Palace was a mansion owned by a court noble. However, after the Emperor’s palace was damaged by fire, the mansion was turned into temporary accommodation for the Emperor and a defacto Imperial palace.

In 1331, the site became the permanent Imperial Palace after Emperor Kogon was enthroned at the site. For the next 500 years, up until 1869 when the capital moved to Tokyo, the Kyoto Imperial Palace was where the Emperors of Japan ruled.

However, during the half-a-millennium that passed, the Imperial Palace was repeatedly a victim of fire. This meant that it had to be reconstructed several times over. The current Kyoto Imperial Palace dates back to 1855. 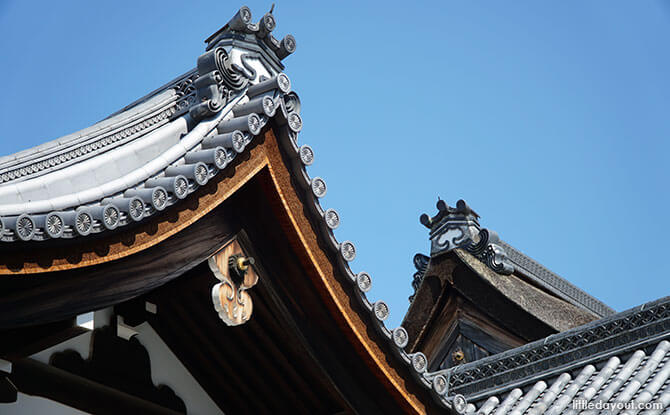 Visitors can enter the Palace through the Seishomon Gate, located along its western wall. Admission to the Kyoto Imperial Palace is free but you will still need to pick up an admission ticket at the gate.

Once inside its walled compound, you can follow along a marked route on a self-guided tour or join a scheduled guided tour conducted by the Imperial Household Agency.

While you cannot enter any of the palace buildings, there are informative signboards with both Japanese and English text describing each building’s purpose.

The tour route starts at the Carriage Porch, where noblemen who came to see the Emperor would arrive.

From the porch, they would be ushered to an anteroom to await their audience with the Emperor. There are three waiting rooms, for visitors of different rank. They are the Room of the Tigers, Room of the Cranes and Room of the Cherry Blossoms, named for the paintings found in each room.

Continuing along the tour route, you will arrive at the Shishinden or Hall for State Ceremonies.

This impressive structure is the most important building within the Kyoto Imperial Palace.

It was here that the Charter Oath, regarded as modern Japan’s first constitution, was declared during the reign of Emperor Meiji in 1868. This set out the aims of Emperor Meji’s reign and led the way to the modernisation of Japan.

The building was also used for the enthronement of three Emperors of Japan – Emperor Meiji in 1868, Emperor Taisho in 1915 and Emperor Showa in 1928.

Beyond the Shishinden, the tour route continues past buildings such as the Hall for Rites and Rituals, the Palace for Study and Other Ceremonies and the Imperial Residential Palace.

There are also gardens located within the Kyoto Imperial Palace compound.

Strolling through the Kyoto Imperial Palace, you get a glimpse of what life must have been like within its four walls. One would imagine days filled with the politics of state affairs and intimate moments of everyday living.

You can view the courtyard where the traditional ball game of Kemari was played and gaze at the splendour of the south-facing Main Gate, used when important rituals were taking place at the Shishinden.

Admire the fine craftsmanship that went into the building of the Kyoto Imperial Palace and let your mind wander to the times and traditions of Japan’s ancient imperial dynasties.