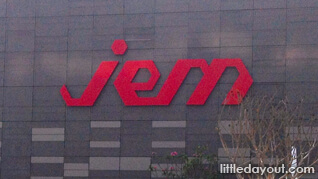 In total, there are 241 shops housed within the six floors of the shopping mall (one basement and five levels). Jem’s mix of shops caters to the general shopper, not specifically for families or kids. This means that you won’t find children enrichment centres or big toy retailers here. Instead, the tenant profile consists of mainly fashion, electronics, department stores and general services.

Of course, being Singapore, a large number of shops in the mall are food outlets. All the major fast food staples can be found in the mall. Burger King and KFC are in the basement and McDonalds occupies a satellite two-story building next to the main building. It was nice to see old-time favourites Hans and Polar alongside brands such as RamenPlay, Petit Provence and Pezzo. The food court, Cookhouse by Koufu, can be found on Level 5 along with a MOS Burger outlet.

Among the restaurants in the mall, we could only find two with kid’s menus. These were Spageddies and Jack’s Place. Shin Kushiya, a Japanese grilled skewer restaurant, said that they would be offering one in a few weeks time.

However, there are plenty of popular restaurants at Jem for families to dine at, including Earle Swensen’s, Din Tai Fung, Jack’s Place and Pastamania. Marché Mövenpick has also opened at Jem. However, unlike their other outlets, this one only provides table service. 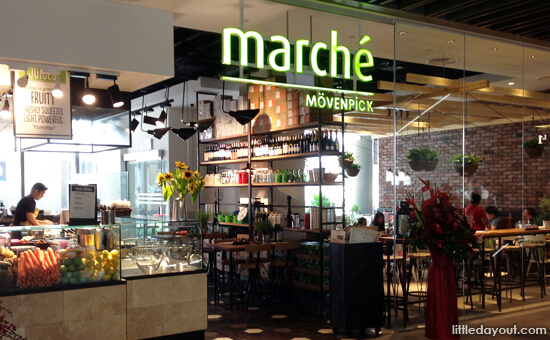 The majority of children-related shops can be found on Level 4. These include clothes retailers Cotton On Kids and FOX Kids & Baby. Bricks World, on the same level, is a LEGO shop with a little play corner for kids. A shop which may appeal to the practical side of parents is the Lock & Lock flagship store where parents can search around for little storage ideas. 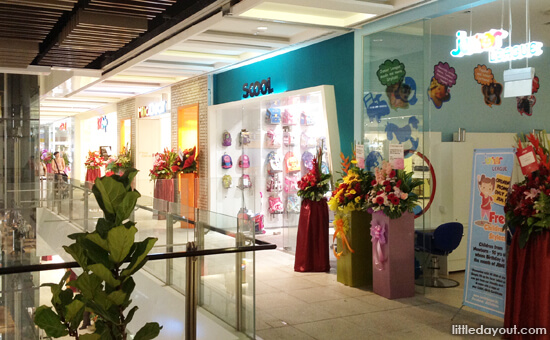 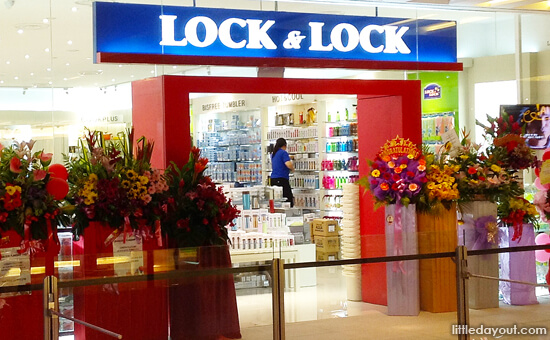 Jem is directly connected to Jurong East MRT Station via a walkway on Level 2, making it a breeze for families arriving by MRT. 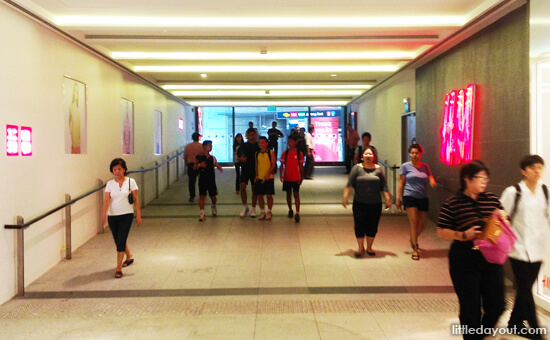 As of June 2013, parents looking for the obligatory shopping centre playground will have to wait a bit longer. The playground, Jem Park, has yet to open. When it does, parents can find it at Level 5, beside the Cookhouse food court. 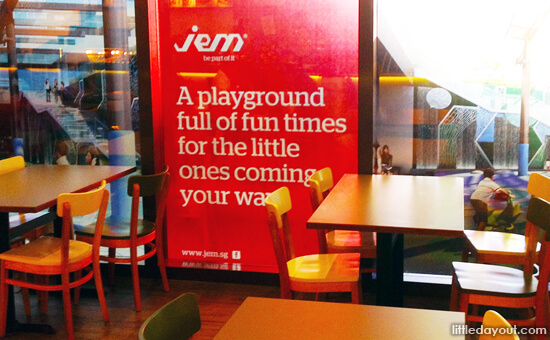 In this respect, the tenant list has bigger brand names compared most other suburban shopping malls. It is obviously not positioned as a kid-centric mall, but instead provides an ‘Orchard Road’ experience in a regional centre.

With the entire Jurong Gateway regional centre set to be eventually developed into 2.5 times the size of the Tampines regional centre, Jem is a welcome addition to the shopping options available in the west, including JCube and IMM. However, during the opening period, just be prepared to deal with ‘Orchard Road’-sized crowds there too.