Home Lifestyle How To Watch Andrew Lloyd Webber’s The Phantom Of The Opera Streaming... 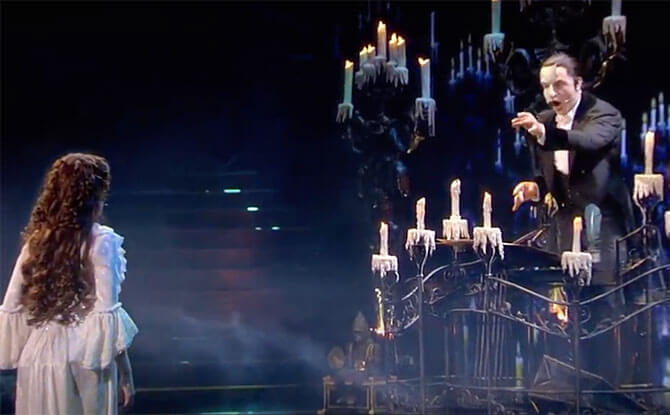 Andrew Lloyd Webber’s The Phantom Of The Opera is Broadway’s longest running musical. This weekend, you can catch it streaming for free in support of those who are staying at home due to the COVID-19 situation. Read on to find out how.

The Phantom of the Opera is a 1986 musical. It is based on a French novel of the same name and revolves around a singer, Christien Daae, who sings at the Paris Opera House. She becomes the obsession of a mysterious figure, The Phantom, who lives in the subterranean caves under Opera House.

It is considered by many to one of the Andrew Lloyd Webber’s biggest musicals.

Screening of Andrew Lloyd Webber’s The Phantom Of The Opera

For the screening this weekend, the 2011 performance of the musical, performed to celebrate the 25th anniversary of The Phantom of the Opera at the Royal Albert Hall will be shown.

This version stars Ramin Karimloo, Sierra Boggess and Hadley Fraser and has over 200 cast and orchestra members.

The screening of the full stage show of The Phantom of the Opera starts from Friday April 17th at 7 pm UK time, which was 2 am, Singapore time.

The screening is available from the YouTube channel The Shows Must Go On!

The entire length of The Phantom of the Opera screening is just over two hours and forty minutes. As of 10 am in the morning, Singapore time, it had already attracted two million views.

Watch The Phantom of the Opera Streaming This Weekend

For musical lovers and those who have always wanted to catch The Phantom of the Opera, this weekend is a good opportunity to settle down and enjoy the show together with those you are safe at home with.

Watch The Phantom of the Opera this weekend here.

At the end of it all, don’t be surprised if you find yourself also mouthing the Phantom’s immortal words, “Sing for me!”