Home Play Ideas & Activities How To Play Red Light, Green Light: A Game Of Listening And... 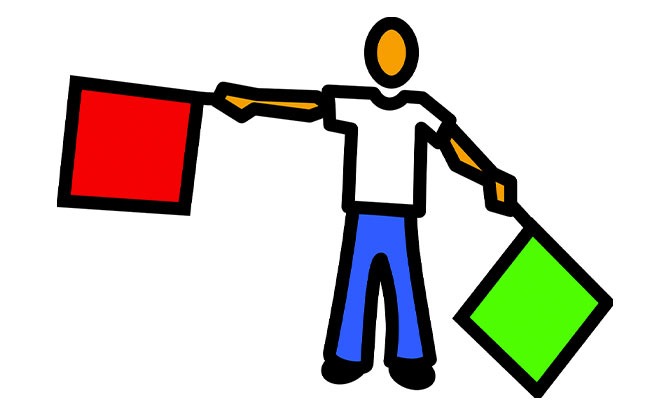 What you need to play Red Light, Green Light

The players assign a player to be “caller”. The aim of the game is for the players to be the first to tag the caller. When the game begins, the caller will have their back facing the other players and the players will be at the start line which is at least 2 meters or more away from the caller.

The caller will start by shouting “green light” and players will start to make their way towards the caller as quickly as they can. The caller will then randomly call out “red light!” and turn around to try to catch the players who might still be moving or in motion. Any players caught moving will have to go back to the start line.

The caller will then turn around again and shout “green light” or “red light” until someone successfully tags the caller. The person who manages to tag the caller first will take over the place of the original caller. The game can be repeated for as many rounds as desired.

Traffic light: Add the variation of “yellow light” as an instruction where players have to go very slowly.

Red Flag, Green Flag: To add a visual element to the game, players make or buy red and green flags to relay the commands. This can be made into a unique art and craft session where kids can make and design their flags and use them to play the game after

Racing: Players begin running toward the caller. When the caller calls out “Red light,” the players have to be able to stop within two seconds. Those who are unable to stop moving are out. The round ends when all players are out, or when a player is able to successfully tag the caller. The trick to winning this variation is to run at a steady pace so as to be able to stop in time.

A Hop, Skip and Jump: Different actions can be used instead of running. Players may be instructed to hop, skip, crawl or jump toward the caller. They can also use movements such as walking backwards or sideways.

Movements: If you wish to incorporate more variations, instead of players stopping on a red light, they can be asked to switch to a different gait such as crawling, hopping or skipping. Those who do not make the switch time will get sent back to the starting line.