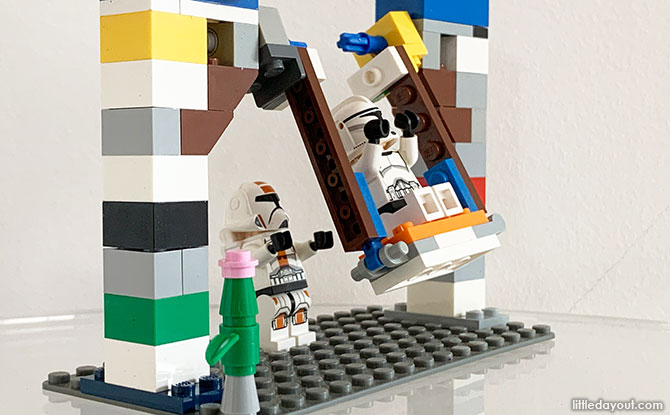 Any LEGO playground would have popular play equipment like slides and merry-go-rounds. Another popular piece of playground equipment would be a swing. In this project, we will be building a LEGO swing that can swing back-and-forth.

Building A LEGO Swing That Swings

To a build a LEGO swing, you would need to construct the frame and the seat. However, the trickiest part is the axle which connects the seat to the frame, especially if you want the seat to be able to swing backwards and forwards freely. We started off the build with the seat. This can be easily constructed out of a 2 x 4 plate. We fitted two plates with handles at the edges of the plate (we used whichever pieces we had available). We then used plates with clips (in blue in the picture) to attach it to the 1 x 6 plates which acted as the “chains” of the LEGO swing.

Next was the bit where we had to create an axle that would allow the seat to swing freely. 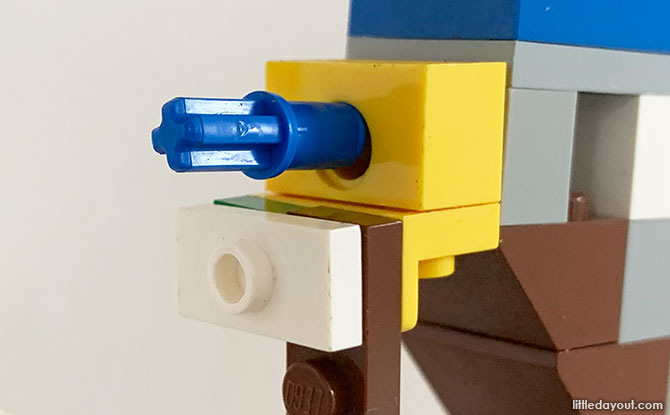 We created this by using two 1 x 2 Technic Brick with 1 Hole, fitted through with a Technic axle. This allows the two Technic bricks to move freely. 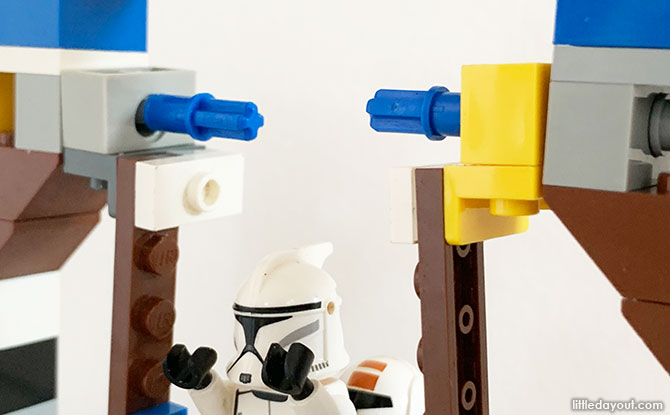 A set of 1 x 2 Brackets were then used to connect the axle to the frame and to the “chains” of the swing seat. 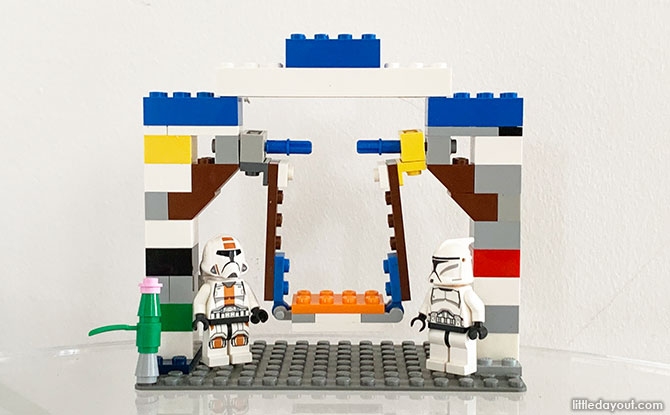 The final step was to build up the frame of the LEGO swing. This can be done using LEGO bricks to create a support. Make the base of the frame wider to give the LEGO swing more stability. And there you have it! How to build a LEGO swing that actually swings. Sit your mini figure on the seat and give it a push to watch it sway back and forth. Now your mini figs can play happily together. This is a worthy addition to any LEGO playground set.