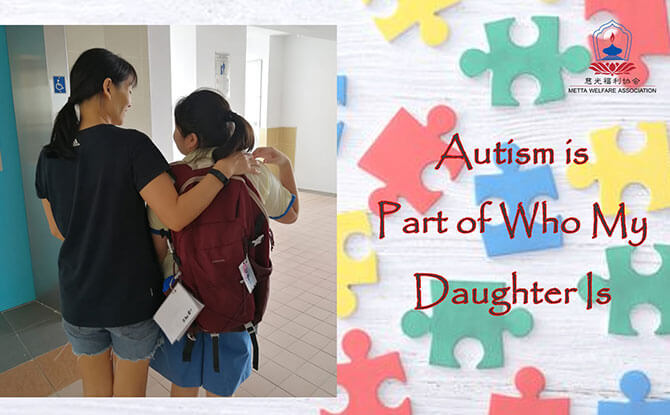 World Autism Awareness Day 2020 falls on 2 April. In conjunction with the day, the Metta Welfare Association is raising funds with a #HelpMettaSelena campaign to support its EIPIC (Early Intervention Programme for Infants and Children) services for children with autism.

The Metta Welfare Association was founded in 1992 and was registered as a charity in 1994. It operates a preschool and a school.

The Metta PreSchool @ Punggol specialises in early intervention for children between 3 to 6 years old who have been diagnosed with mild to moderate autism spectrum disorder.

The Metta School is a special education school for children from 7 to 21 with mild to moderate autism spectrum disorder. It provides holistic education which includes life skills, vocational skills, academics and the arts.

In a video in support of the #HelpMettaSelena campaign, one mother shares how her daughter was diagnosed with autism at the age of 7.

“I just hope she can find a stable job (in future) and be independent on her own when we are no longer around,” said Mdm Goh, whose daughter now attends Metta School.

Metta Welfare Association’s #HelpMettaSelena campaign is on the Giving.sg platform. Donations will go towards supporting children with special needs who require special education.

The #HelpMettaSelena campaign runs till 12 April 2020. Find out more here.

READ: Superhero Me’s Educational Resources on COVID-19 for Those with Disabilities