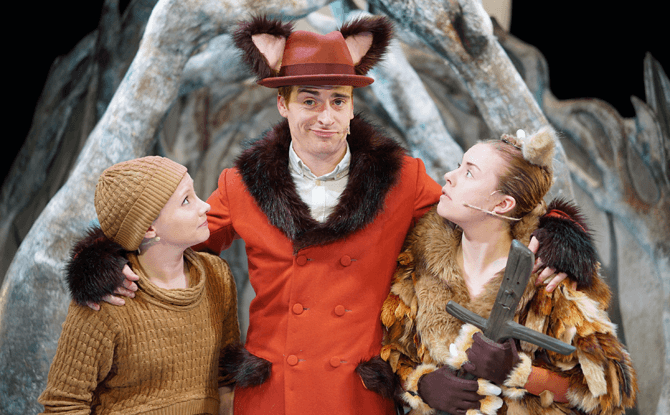 You know how kids are. The more you warn them not to do something, the more they’re likely to do it.

And so it is with the Gruffalo’s Child who, despite stern warnings from her father about the Big Bad Mouse in the deep dark wood, decided to sneak out one night in search of this scary baddie. What will she do if she actually finds it? Well, she doesn’t really know either….

Directed by Olivia Jacobs and featuring a UK cast and crew, The Gruffalo’s Child is a highly popular show that’s already played to countless audiences in Britain and all around the world.

Adapted from the bestselling children’s book by Julia Donaldson and Axel Scheffler, the story is a continuation of the original classic, The Gruffalo. This time, however, the tables have been turned – instead of the mouse going into the deep dark wood and outwitting various creatures (including the famed Gruffalo), it’s the little Gruffalo who’s on her adventure looking for the mouse. 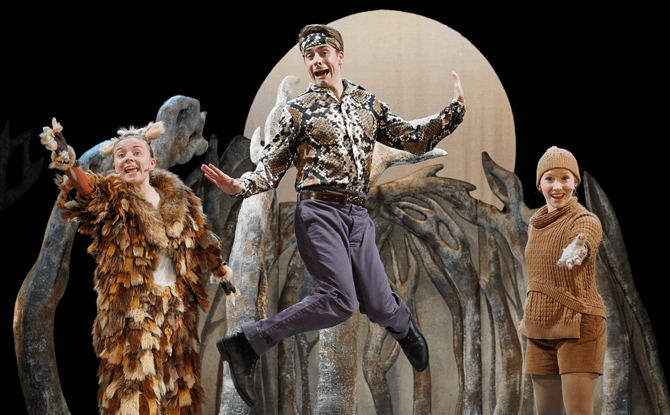 The cast is small with just three members, so two of them take on multiple roles. But boy, do they make it look effortless, changing or tweaking their costumes, accents and voices to inhabit the different characters.

This is especially so for the actor who plays Papa Gruffalo as well as almost all the woodland creatures that Baby Gruffalo encounters as the story unfolds. From a flamboyant dance-crazy snake to a flight instructor owl to a glib-talking fox who claims he can sell anything (even sunshine), he makes each character memorable and very, very funny.

Indeed, humour is a key element of the show. And judging from the giggles and raucous laughter coming from the kids – and some of the adults – in the audience, it’s clear they approve. The jokes and comedy also help to foster audience interaction and get them roped in on the action, whether it’s clapping along to the snake’s dance routine, manically flapping their arms with the owl or taking part in the fox’s auctioning of Baby Gruffalo.

Every segment of the show is anchored by a lively musical number, and both the songs and the singing are top-notch. Belting out the tunes with gusto and perfect harmonisation, the actors raise the energy levels in the theatre – you can tell by the number of kids clapping and bopping along to the music. 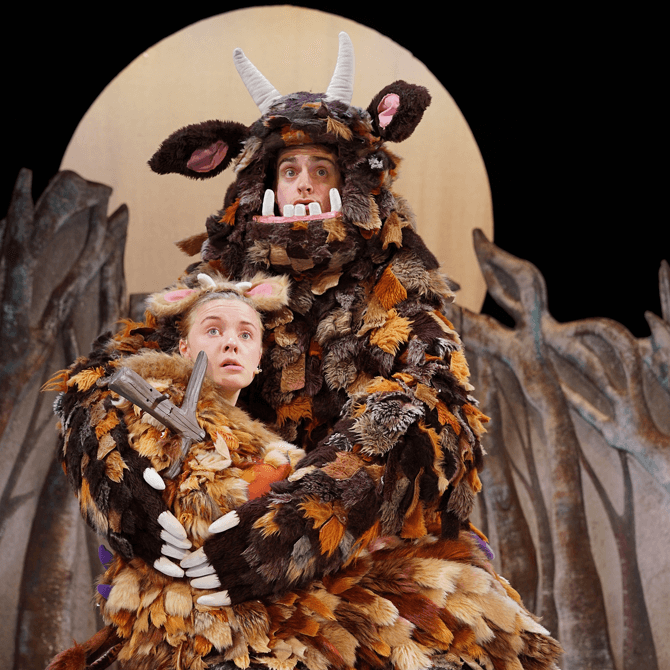 Although The Gruffalo’s Child doesn’t impart a straight-up lesson or moral the way, say, Aesop’s Fables does, it does still offer some nice takeaways.

Listen to your parents for they have your best interests at heart, for instance. The importance of being brave and thinking on your feet, in the mouse’s case. Don’t believe everything you’re told by strangers, as Baby Gruffalo found out to her dismay.

But even if all the above are lost on the kids, The Gruffalo’s Child still makes for one fun adventure and feel-good story that will put a smile on the face and some good cheer to your day. Don’t miss it.