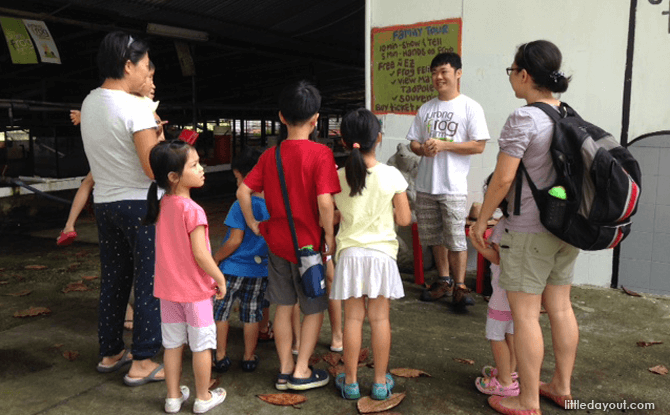 The boys and I headed to the Jurong Frog Farm with some friends at the start of the holidays. We were itching for some outdoor fun with some learning thrown in. It was our second visit but our experience was not any less enjoyable.

My friend organized the outing and she arranged for us to have a Show & Tell session by a staff member at $8 per person. When we arrived, we were promptly directed to our Show & Tell session, which was very informative, starting with the history of the Frog Farm.

We were told that Jurong Frog Farm indeed originated at Jurong and they only moved to Lim Chu Kang in 1993. They farm only American Bullfrogs and supply frog meat to local eateries. Now I know where my favorite frog leg porridge stall gets their meat.

The staff also took time to explain the different parts of the frog, its life-cycle as well as the reason why they are called bullfrogs from the deep sounds they make. He took two frogs out from a tank and asked us to differentiate the male and female. Some of the kids hilariously wanted him to flip the frogs over to have a closer look but it was hard to tell. From what I understood of the animal kingdom, I guessed it was based on the skin colour and I was right! 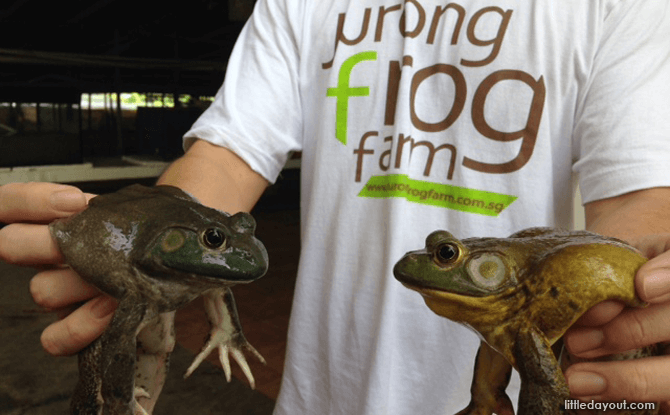 The most exciting part of the session was when we were given the opportunity to touch the frogs. Okay, maybe it was more exciting for the kids than me. I tried very hard to appear calm and politely declined but when my son gamely allowed the frog to sit on his head with a hat on, I told myself I could do it too. I survived it but the expression on my face was priceless.

We moved on next to feeding the frogs. The kids were given containers with pellets of food to share. It was initially a little unnerving for me to see so many frogs on my first visit but I have grown used to it by this time. Unlike fishes that gulp down food quickly, the frogs are a little slower to get to their food but that also means one container of pellets go a long way. 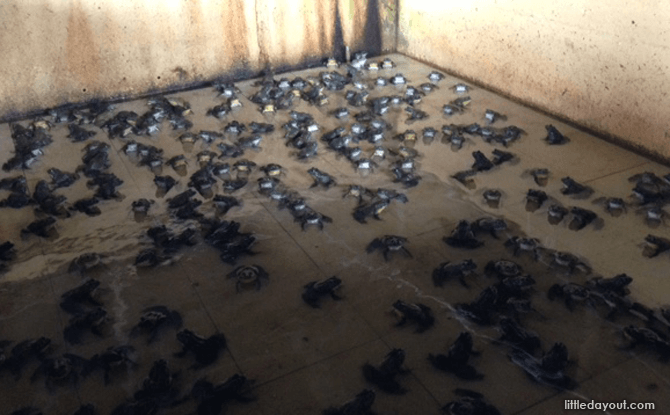 While we were feeding the frogs, the staff was getting some frog meat ready for us to try. They were really tasty and the kids devoured them quickly. 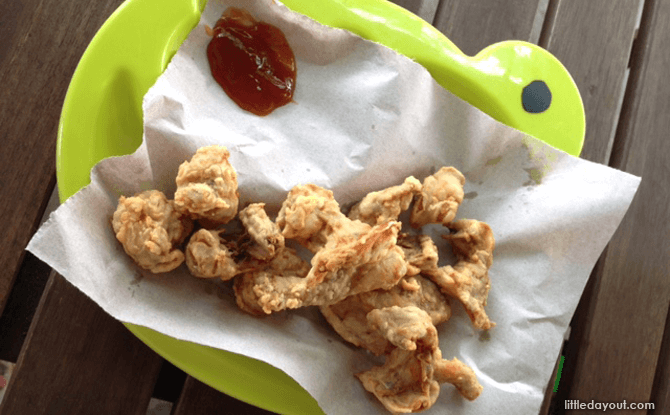 My eldest remembered that he had so much fun catching the frogs during our last visit that he requested to try again. The kids had to put on boots before going into the frog enclosure, which had a shallow pool of water. The staff released a bag full of frogs and the kids started going around to catch them. It was not difficult at all and they had such a good time. My toddler also went in to have a go at it. They all got wet so bring an extra change of clothes for that activity. 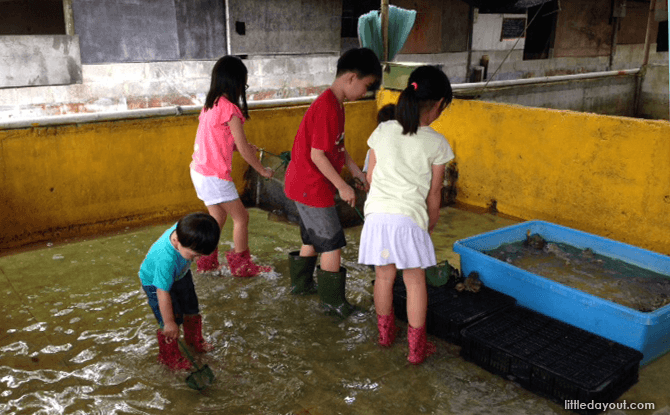 We ended our visit at The Royal Frog Shop where we were given hashima (dried fatty tissue found near the fallopian tubes of the frogs) to try. It is a widely known Chinese dessert commonly found in restaurants. Those interested can purchase it and frog meat is also available there. 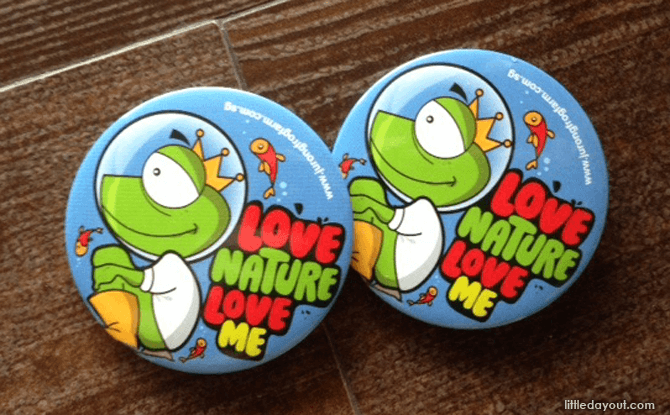