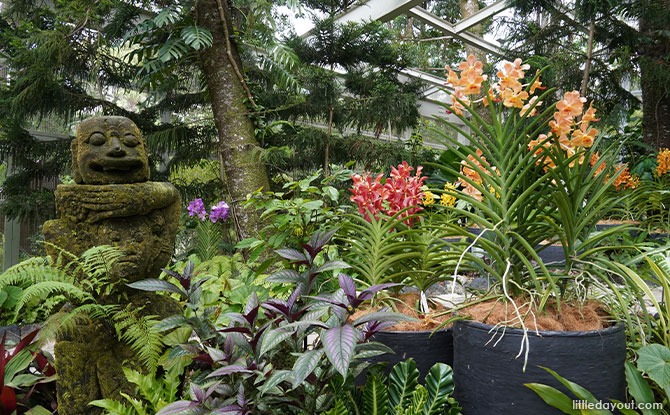 Located near the Yuen Peng Mcneice Bromeliad Collection, the upgraded Tan Hoon Siang Mist House mimics a paleo-tropical garden at 650m to 1,000m in altitude. Its display area features a selection of unique, uncommon or award-winning hybrids and species from the speciality breeding stock of orchids from the National Orchid Garden’s collection.

Some examples of orchids that are featured are Phalaenopsis, Vandaceous hybrids and Dendrobiums. A total of approximately 50 orchid species and hybrids are displayed. Here are five Orchids not to miss at the Tan Hoon Siang Mist House. 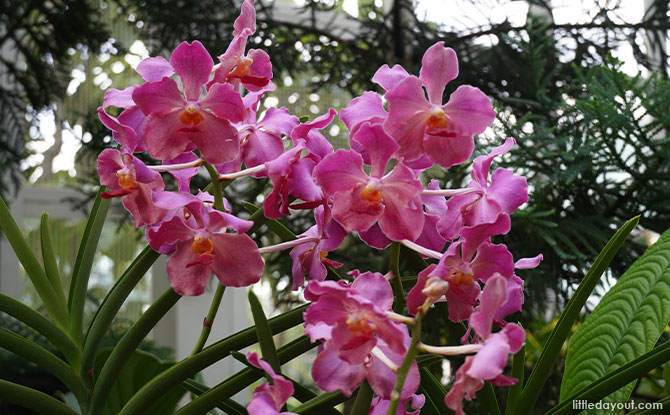 The Tan Hoon Siang Mist House was named after Tan Hoon Siang, a successful businessman, philanthropist and descendant of Tan Tock Seng. He had an interesting role during the Japanese Occupation of Singapore as head of the agricultural department. He also bred award-winning Orchid, Papilionanda Tan Chay Yan. 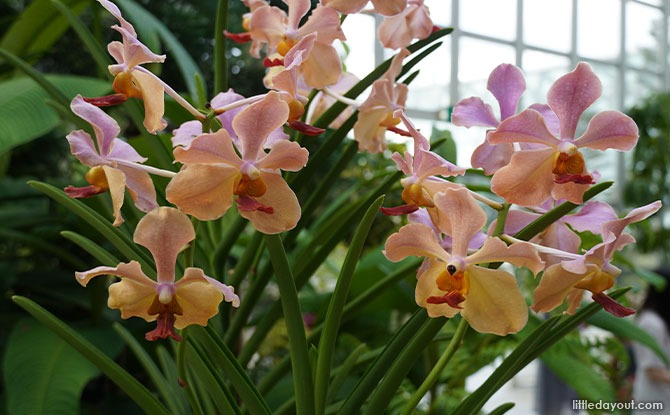 Bred by Tan Hoon Siang, Papilionanda Tan Chay Yan was previously known as Vanda Tan Chay Yan and was named in memory of Tan Hoon Siang’s father. This hybrid orchid was awarded a First Class Certificate at the Chelsea Flower Show in 1954, the highest award was given by the Royal Horticultural Society of the United Kingdom. 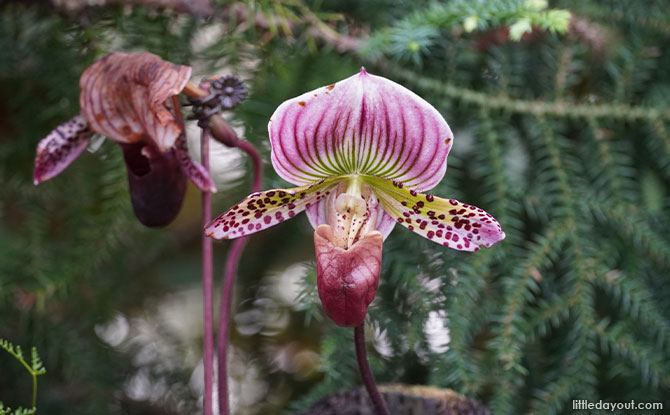 The Lady Slipper Orchid originates from East Asia and is part of the Paphiopedilum genus. Members of this genus are considered highly collectable by orchid enthusiasts due to the curious and unusual form of their flowers. Paphiopedilum orchids are known as the Venus Slipper or Lady Slipper Orchid because of their unique floral lip. The leaves are beautifully mottled and are often cultivated as house plants. 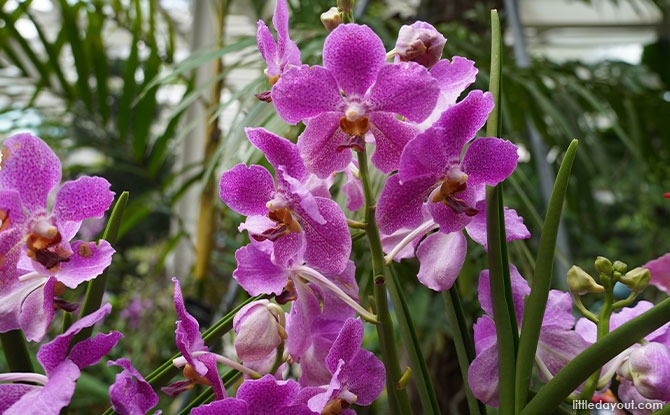 A cross of multiple flowers and a hybrid, the Vanda Kulwadee Fragrance is an orchid hybrid originated by Sujit Sutthawas in 2004. It is a cross of V. Gordon Dillon x V. Guo Chia Long as well as the Papilionanda Miss Joaquim. 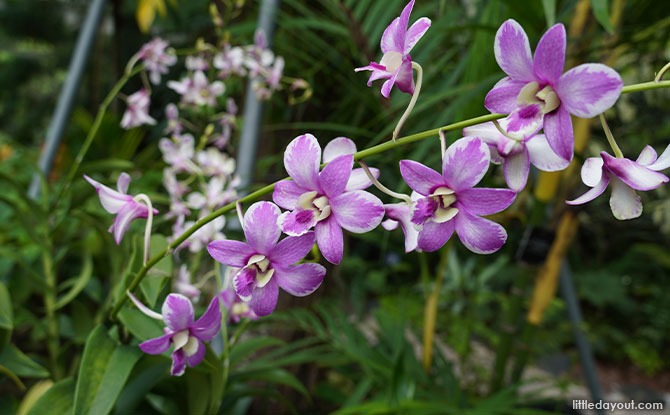 Dendrobium is a very large genus, containing more than 1,800 species that are found in diverse habitats throughout much of south, east and southeast Asia. Orchids in this genus have roots that creep over the surface of trees or rocks, rarely having their roots in the soil.