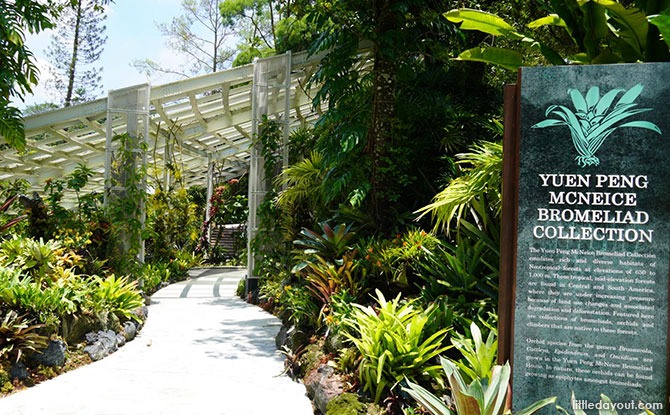 The display area at the Yuen Peng McNeice Bromeliad Collection has been expanded from 350 square metres to 620 square metres and is inspired by the neotropical forests of Central and South America.

It has been upgraded to emulate a mid-elevation Neotropical forest environment at 650 metre to 1,000 metre elevation thus featuring collections of bromeliads, orchids, and climbers that are native to the Neotropics.

Things to See at the Yuen Peng McNeice Bromeliad Collection

There are approximately 100 orchid species and hybrids. Here are five 5 interesting things to see at the Yuen Peng McNeice Bromeliad Collection. 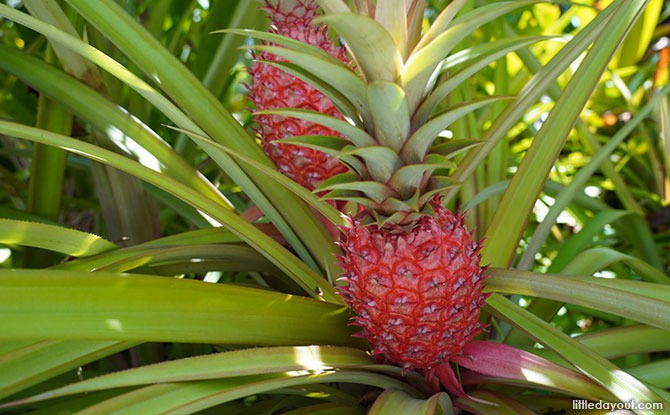 One of the most economically valuable bromeliad species, the pineapple (Ananas comosus) belongs to the family Bromeliaceae has been cultivated for its fruit for thousands of years. Now a key ingredient in many iconic Asian desserts and also as an interesting pizza topping, the pineapple was cultivated early in South America around 2000 B.C.. It was prized as a symbol of wealth and if you visit the National Museum of Singapore, look closely you will even find pineapples on its façade as a status symbol. 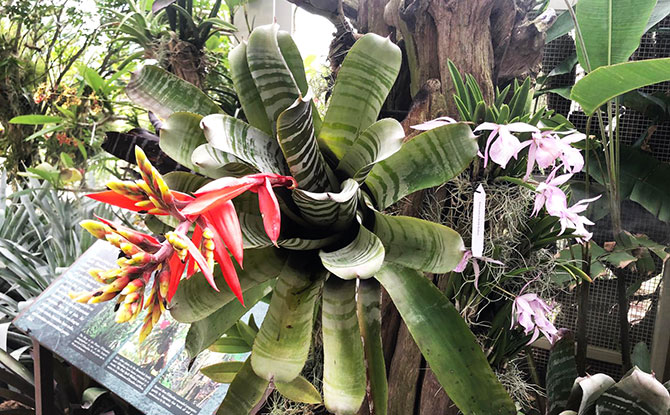 The Tillandsia species are found throughout Central and South America. They are commonly known as air plants due to their ability to absorb moisture and nutrients from the atmosphere. These epiphytes grow on tall branches and are shaped like rosettes. 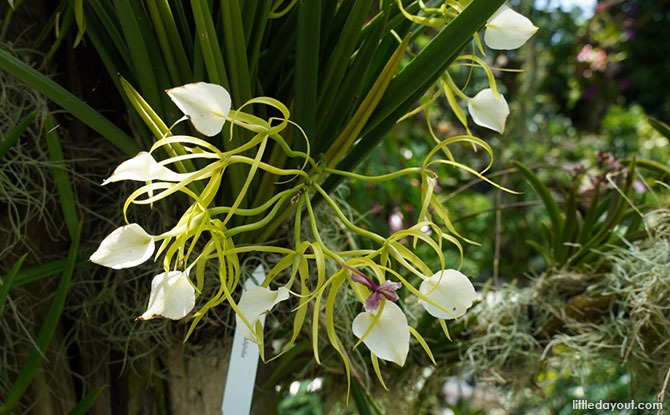 The Lady of the Night Orchid can be identified by its scoop-like white or greenish-white flowers which lead to narrow tubes filled with nectar. It gets its name from how it emits a citrusy fragrance at night to attract its nocturnal pollinators: the moth. Although these flowers are native to Central and South America, they are easy to grow in tropical climates. 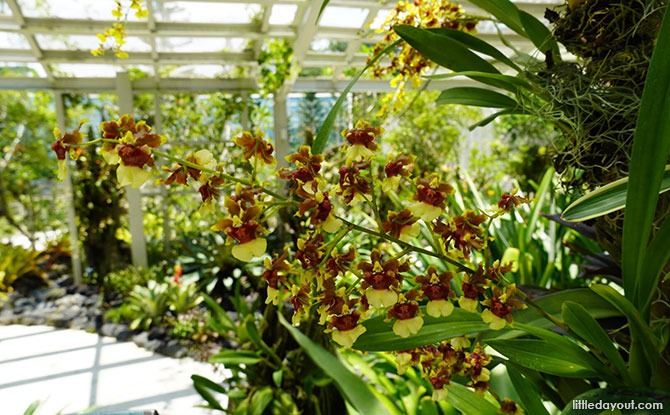 New World Orchids originate from North America and South America and belong to the Oncidium Alliance. Species from this group of orchids are mostly epiphytic and grow in dense clumps of trees. Most oncidiums are visited exclusively by bees and thus are brightly coloured and their flowers have glands that secret floral oils which act as water resistant nesting material 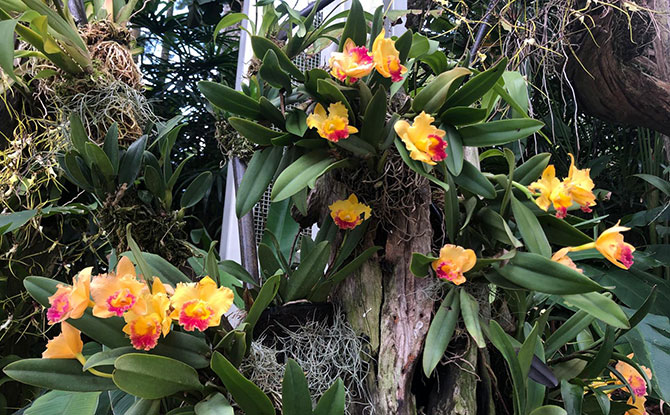 Previously, Yuen Peng McNeice Bromeliad Collection enclosure showcased a collection of bromeliads, acquired from Florida, United States in 1994. It has now been incorporated into the new display house.