Home Play Fishing Expedition with Kids: Time Out At Sea 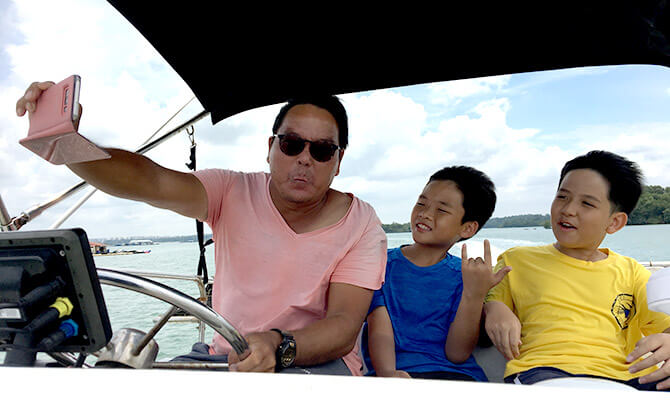 Many of us bringing up children in Singapore are acutely aware of how fast the pace of life is here. A few diaper changes and sleepless nights, ferrying them to their first day in school, blink, and before you know it, they’ve completed their PSLE.

There is so much going on all the time, with an increasing number of entertainment options, it’s challenging to take time to smell the roses, or in the context of this article, the saltwater.

It’s easy to forget in the midst of our concrete jungle, that we live on an island. This means the open sea is a short hop away. And, as I discovered on a recent fishing expedition, being on a boat can be such a peaceful and meaningful way to spend the day with your child.

My son told me he wanted to give fishing a try. He was curious, but was also afraid he would be bored, which happens easily in this age of instant gratification.

I did think about whether to take him to one of the many fishing ponds around, but that would have felt like being at a beach resort and choosing the swimming pool over the sandy beach just a few steps away!

As I was keen to take him out boat fishing, we recruited a willing friend and his dad, so that if it turned out to be boring, he could fall back on hanging out with his friend.

I got in touch with an old friend who has been an avid fisherman his entire life –
Conrad Lee. He had taught me how to fish back in the 1990s.

These days, he is known as Mr C Lifestyle, running one of the most popular local fishing YouTube channels.

We had the option of heading North of Singapore or to the Southern Islands. Given that it was my son’s first trip, I chose the relatively calmer waters of the North.

I got my son a simple rod and reel with line, all for $70, plus some accessories like weights, swivels and pre-tied hooks (which is perfect for the lazy angler!), and we were all set to go.

On a hot sunny morning, we set off from Marina Country Club. The strong wind heightened the sense of adventure and we knew we were out among the elements. 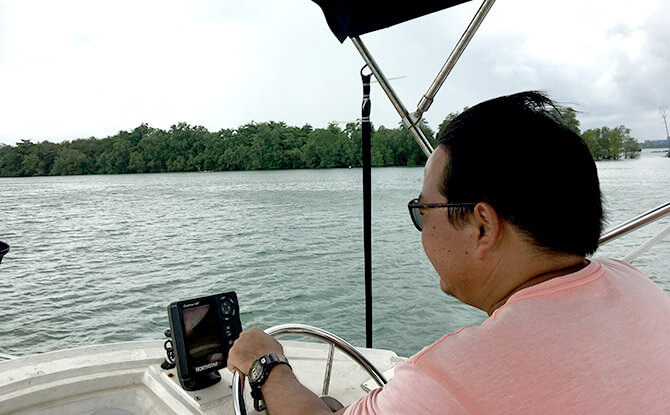 Conrad had a spot in mind, and steered straight there. He anchored where he thought the fish would be. And how right he was. Within two minutes of dropping the line in the water, we had a couple of bites on the line. My son struggled to compose himself for his first-ever battle with a wild fish. 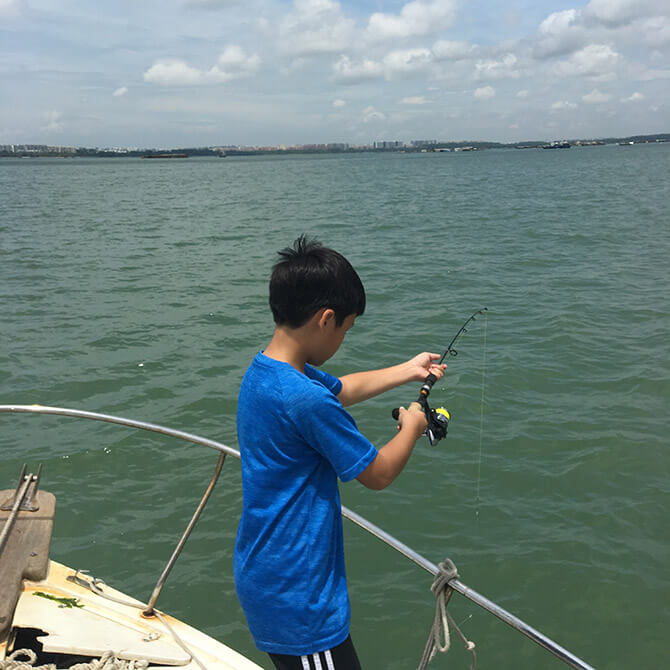 Thankfully, with some guidance from the adults, we saw the flash of silver after a minute of his tussle. My son was able to bring the fish close enough alongside the boat so I could scoop it up with the net.

And that was all it took to get my son hooked on fishing. That early excitement spurred him on to keep working hard to check on the bait and cast the line, in hope of landing another fish. 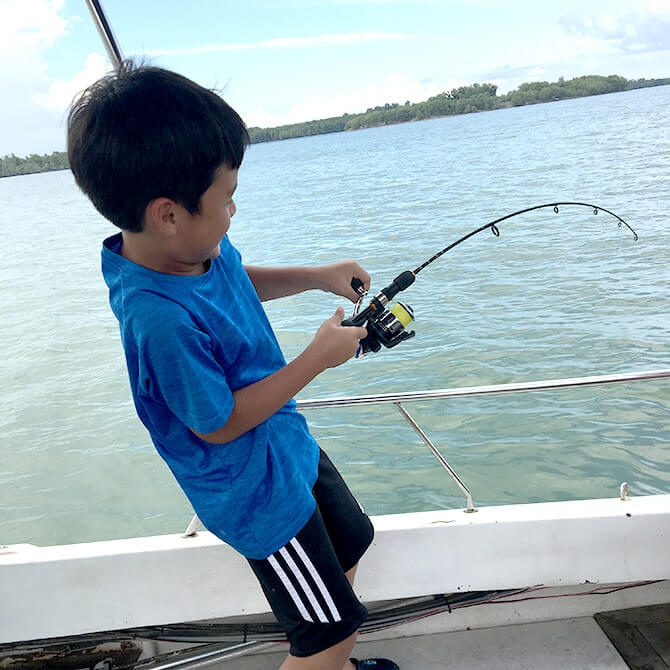 At another spot, we targeted some snappers. After half an hour, my son landed the catch of the day, a beautiful Golden Snapper that had him beaming from ear to ear. He struggled to carry the fish for the requisite photo. 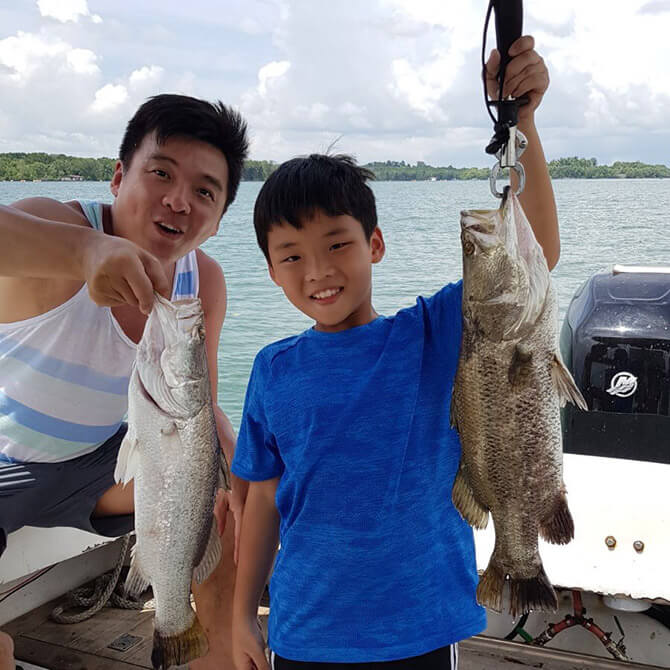 His friend was able to land a fish too. This meant everyone on the boat caught something that day. By late afternoon, we were all exhausted, happy and ready to head home to partake of our catch.

As the boat made its way back to the Marina, I enjoyed taking in the landscape and reflecting on the trip. I had my share of fishing action, but what has stayed with me is how enjoyable a time we had, being outdoors, working together, away from anything electronic.

Truly, it was a great day out for father and son!

READ: 15 Water Parks in Singapore You Should Know About To Soak In the Fun