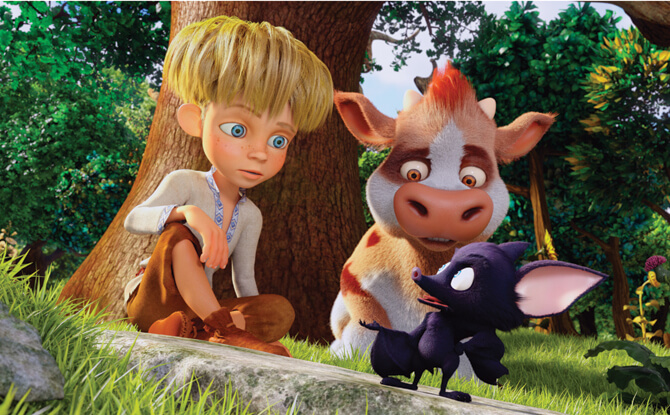 The 27th European Union Film Festival (EUFF) heads to National Gallery Singapore this year with film screenings taking place at The Ngee Ann Kongsi Auditorium from 11 to 21 May 2017.

Families with young children can look forward to two films, an animated Ukranian feature, The Dragon Spell, and an Austrian film about the unlikely friendship of a young boy and an eagle, Brothers in the Wind.

This 2016 animated feature tells of a young boy, Little Nicky, who wants to be a dragon slayer like his father. He embarks on a quest to save the world of humans and world of magic from a witch possessed by a dragon’s ghost.

It is Ukraine’s first full-length feature film and directed by Manuk Depoyan.

Brothers of the Wind

Set against the breathtaking scenery of the Austrian alps, Brothers of the Wind is a family drama about a boy, Lukas, who saves an eagle. A heartwarming relationship develops between the boy and the bird, carrying with it a message of hope and discovery.

2017 marks 60 years of the European Union. The EUFF brings together the Singaporean and European communities and opens up a space for cross-cultural dialogue.

This is further underscored by the EUFF’s move to the National Gallery Singapore this year.

“As the leading visual arts institution, National Gallery Singapore provides us the important cultural context for the EUFF to grow as one of the major cultural events in Singapore,” said Dr Michael Pulch, European Union Ambassador to Singapore. “This is indeed a fitting moment to reflect on the past and to work towards deepening our long-established cultural connections.”
Visit the EUFF website at www.euff.sg for the full list of films being presented.
Tickets to the 27th European Union Film Festival are now on sale through SISTIC.