Home Lifestyle Entertainment Disney Plus Singapore Just Launched: Here Are Some Shows We Are Excited... 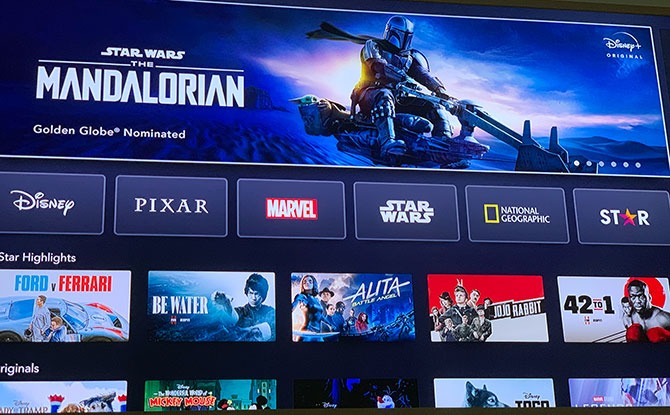 You probably know by now that Disney Plus Singapore has been launched on 23 February 2021. Finally.

If you are one of those who have been anticipating its arrival for some time, the wait is over.

Disney Plus Singapore, or Disney+ as it is actually called, is a streaming service. And, being the juggernaut that Disney is, it has six brands under its folds. These are Disney, Pixar, Marvel, Star Wars, National Geographic and Star.

Subscribing and Setting Up Disney+

The service can be subscribed directly from Disney or as part of a bundle with StarHub. Direct from Disney, the subscription fees are $11.98 a month or $119.98 per year.

We signed up for the annual subscription package over the website. A subscription can support up to four concurrent users and you can create different profiles for different family members. Choose between a profile that has shows up to the rating of R21 (passcode required) or PG13.

Once we had created the account, which fairly straightforward, we shifted over to our smart TV where, presumably, we will be watching Disney Plus Singapore most of the time. After downloading the TV app, it was simply a matter of entering in a passcode on our phone and voila, we were good to get binge-watching.

What’s on Disney Plus Singapore

Here are some of the shows on Disney+ that we look forward to watching.

All the classics are here. From vintage Mickey Mouse in Steamboat Willie to Tangled. There are 90s throwbacks and documentaries about the imagineering too. We are probably going to settle down to Hamilton, The Newsies or Mary Poppins Returns in awhile. Or rewatch Big Hero 6 for a throwback. We are probably showing our age when we say that we are excited to watch Adventures of the Gummi Bears.

The Toy Story series, Cars and Finding Nemo and more are on the Pixar tab. One particularly touching short, especially for parents, is Disney Pixar’s Bao. Sniff. I can already feel a tear coming.

WandaVision is gripping audiences at the moment with its sitcom tropes as the Scarlet Witch and Vision try to blend in to a suburban neighbourhood. Or you can watch the Marvel Cinematic Universe from Phase One to Four. It is nice that there is some legacy animation in this section too (Spider-woman, anyone?).

After pining for The Mandalorian for so long, we can finally catch the series! We also feel a rewatching of The Clone Wars coming on. For kids, the LEGO Star Wars New Yoda Chronicles will be fun watch.

Documentary lovers will be happy to tuck into the offerings available on National Geographic. This includes The Right Stuff, a Disney+ original on space and astronauts.

For straight out entertainment, there is Star. This is where movies like Avatar, The Martian and animated series like Family Guy and The Simpsons can be found. The Sound of Music and The Walking Dead are also unlikely channel-mates.

Disney+ Singapore provides a range of movies and entertainment options. It joins a crowded space in Singapore with Netflix, Apple TV+, YouTube, Amazon Prime, Singtel and StarHub. Right now, it seems like original series like The Mandolorian and WandaVision are the “killer apps” on the Disney+ platform. And there is a huge library of shows which will probably be more than enough to entertain the whole family, at least for sometime to come.