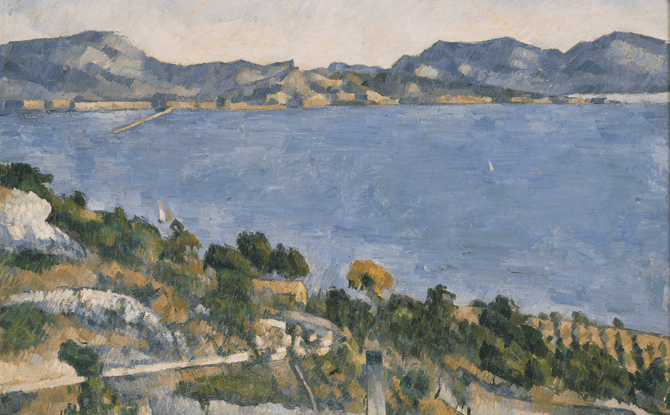 Colours of Impressionism: Masterpieces from the Musée d’Orsay at National Gallery Singapore presents more than 60 artworks from the Impressionism movement. These include those by giants such as Édouard Manet, Claude Monet, Auguste Renoir, and Paul Cézanne.

The exhibition traces the development of the Impressionist movement in the late 19th century through the works of its leading innovators.

The Impressionist movement is best appreciated by understanding the times it developed in.

In the 1800s, to be an artist in Europe meant painting large-scale and “serious” imagery. This was characterised by dark and heavy hues along with epic subject matters such as scenes from classical or biblical stories.

Between Worlds: Raden Saleh and Juan Luna, the companion exhibition to Colours of Impressionism: Masterpieces from the Musée d’Orsay, provides an opportunity to view works from other schools of art in the 19th century. Together, the two exhibitions form part of National Gallery Singapore’s overarching Century of Light showcase.

Impressionism as an art movement emerged in Paris as a reaction to the old schools of painting.

In sharp contrast to the dark and heavy tones of “serious” paintings, Impressionist artists focused on capturing the effects of colour and light in their paintings.

While the old masters toiled away in their studios, the Impressionists worked outdoors and captured everyday scenes and landscapes with quick and broad brushstrokes.

The words of Claude Monet capture the essence of Impressionism, “When you go out to paint, try to forget what objects you have before you, a tree, a house, a field or whatever. Merely think here is a little square of blue, here an oblong of pink, here a streak of yellow, and paint it just as it looks to you, the exact color and shape until it gives you own naïve impression of the scene before you.”

At Colours of Impressionism, the artworks are organised into thematic sections based on colours. 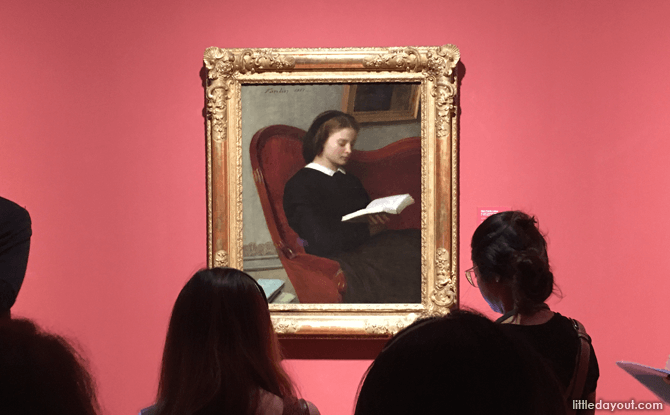 The exhibition starts with a new “colour” that the early artists experimented with – black. Traditionally used to denote the absence of colour or shadows, artists in the 19th century started to experiment with by treating it as a colour in its own right. 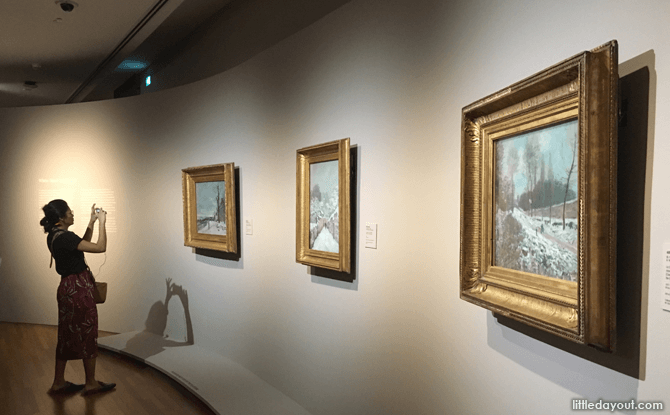 Among the highlights include Le Bassin aux nymphéas, harmonie rose (Waterlily Pond, Pink Harmony), a Monet painting of one of his favourite subjects – his waterlily-filled pond with a Japanese-style bridge. It is one of ten paintings by Monet at the National Gallery Singapore exhibition.

Monet himself once described his own obsession with colour and light by saying, “I’m chasing the merest sliver of color. It’s my own fault, I want to grasp the intangible. It’s terrible how the light runs out, taking color with it. Color, any color, lasts a second, sometimes three or four minutes at a time. What to do, what to paint in three or four minutes. They’re gone, you have to stop. Ah, how I suffer, how painting makes me suffer! It tortures me.”

Visit Colours of Impressionism: Masterpieces from the Musée d’Orsay at National Gallery Singapore to view exactly what he was talking about.

Dates: 16 Nov to 2017 to 11 March 2018
Location: Singtel Special Exhibition Gallery, National Gallery Singapore
Entry to the exhibition costs $15 for Singaporeans and Permanent Residents, and $25 for Non-Singaporeans. Concessions rates are also available at $10 and $20 respectively.