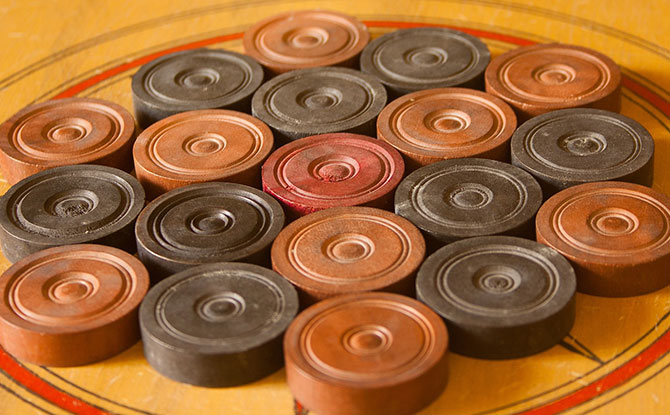 Growing up, one of my memories was spending hours in my grandmother’s living room huddled around a carrom board. All the cousins would take turns lining up shots with the striker, trying to outdo each other by sending the carrom men into the corner nets. It was hours of fun and interaction. 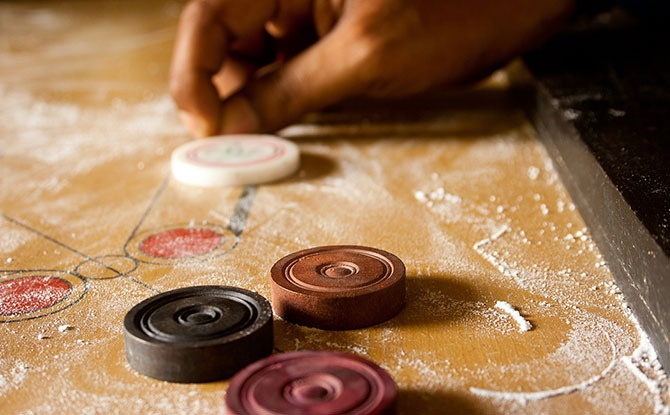 Carrom is game which dates back, some say, to the 18th century. It has its roots in India, much like chess.

The playing pieces (sometimes called seeds) consist of nine carrom men or discs for each player (in black and white). The nineteenth piece is a queen which is usually coloured red.

It is a game of angles, skill and strategy.

As kids, carrom was as close as we could get to playing pool or billiards. At least we couldn’t damage the surface of the carrom board, unlike a pool table. We would spend hours crowded around the carrom board trying to perfect our shots.

Beside the official carrom rules, there are also some kid-friendly versions of the rules to make it easier for kids to be play.

Point carrom is a version where players can pocket the men of either colour. Each carrom man is worth one point while the queen is worth three points.

There are also Family-point rules where different colours are worth different points.

Personally, one unofficial variation of carrom that I remember playing while growing up was stacking the seeds up on top of each other to create a tower. We would then take turns using the striker to try to knock out the bottom seed without collapsing the tower. It was a more exciting form of Jenga.

Shopping for a Carrom Board

A new carrom board costs anywhere between $50 to $100. Some boards come bundled with carrom men as a set. For others, you may have to purchase the carrom men separately.

You can find a good range of carrom boards available here.

This carrom game board incorporates other games such as checkers and billiards. It even comes with two cue sticks!

For really serious players, there is this championship board (with a befitting price tag)!

Another consideration is how to powder the board. In the past, we would sprinkle talcum baby powder on the board to make the striker glide smoother. For those who are opposed to using talcum powder, alternatives which have been suggested include baking powder or potato starch.